Tokyo's Ueno Park is home to a number of the city's best art museums, among them Tokyo National Museum, the National Museum of Western Art, and Tokyo Metropolitan Art Museum, which rightly draw crowds with quality exhibitions. However, on the western side of the park, there are a couple of other sights which are more intimate, less well known, but definitely worth visiting. Kyu-Iwasaki Tei Garden is the elegant former home of a founder of Japanese industry; Yokoyama Taikan Memorial Hall is a charming Japanese-style residence, the house and studio of the artist for whom it's named.

A little history: Yokoyama Taikan was born in 1868, first year of the Meiji era, when Japan opened up to contact with the west and began to modernize rapidly. He studied at Tokyo Fine Art School, helped establish the Japan Fine Arts Academy, and became influential in creating Nihonga, a modern style of Japanese painting. He moved to Ueno in 1909, expanding his home as his fame and wealth grew; it was destroyed in an air-raid in 1945, but rebuilt after the end of the war, and Yokoyama lived there until his death in 1958. His home was opened to the public in 1976 as the memorial hall.

Step through the gate from the street, and immediately you're in a different age; this small garden at the front, with its stone path leading through another gate to the house, hasn't changed for scores of years, possibly centuries. Then, once you take off your shoes and enter the house itself, you get to leave the modern world behind completely.

The house is preserved exactly as it was when Taikan's widow passed away. The tatami mats and worn carpets are soft and cool underfoot, the design very traditional, all paper screens, wooden paneling, carved ventilation grilles. The hushed, peaceful atmosphere is added to by the view through large windows of the lavishly green garden, where you can imagine Yokoyama strolling with his wife, looking out at the very different Tokyo of that age.

The artworks on display are changed every three months. You'll see Yokoyama's paintings, canvases and scrolls, depicting Mount Fuji, softly painted plants and flowers, ethereal landscapes. There are also some objects from his private collection: I saw some beautiful ceramics, a striking wooden sculpture of an eagle, a small but impressive statue of a Buddhist deity.

I had the place pretty much to myself, so I was able to wander at my own measured pace around the two salons and the upstairs studio. The art was nice, but what I enjoyed was the time travel, the glimpse into Japanese life of a hundred years ago, the sense that the house was just as it had been when Yokoyama lived and painted here.

Before you leave, there's a small, unobtrusive shop: they have postcards, stationery, other small gifts, and some limited edition prints for those of you with larger wallets.

The Memorial Hall is open from 10:00am to 4:00pm, daily from Thursday to Sunday, with seasonal closures in summer and winter. Admission costs JPY800, with discounts for school-age students and groups of 20 or more. It's located on Shinobazu-dori, across the road from Shinobazu Pond on the western side of Ueno Park. The nearest station is Yushima on the Tokyo Metro Chiyoda line, five minutes' walk away. 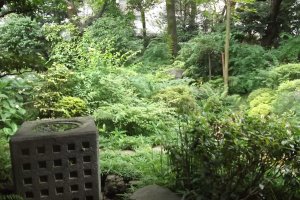 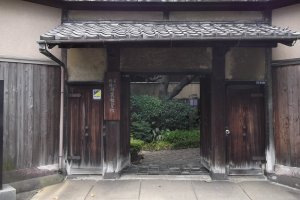 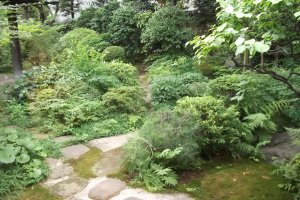 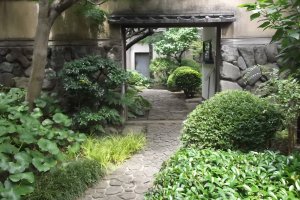 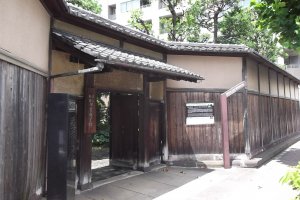 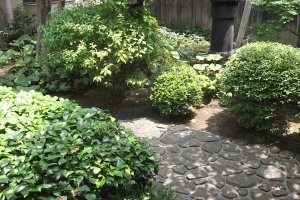 Elizabeth S a week ago
It's like a country retreat right in the middle of dense Ueno. What a treasure.
Reply Show all 0 replies
1 comment in total