Get to know Ueno Park a little better

Where's the rest of it?

There’s nothing better than going to an unfamiliar foreign country and learning a little more about the culture and history. Most places in Japan offer tour guides for a reasonable price, but what’s better than no price tag?

Ueno Park, the first publicly opened park in Japan, provides free English tour guides through the Tokyo Systematized Goodwill Guide Club for those on a tight budget. Tour times start at 10:30am for early-birds and 1:30pm for those who may want to take in lunch beforehand. You’ll need a lot of energy! I made sure I wore comfortable walking shoes as the tour is supposed to last around an hour and a half, but can sometimes go over, especially for eager participants like myself. The guide is a goodwill volunteer who is proficient in English. There are other guides who also speak Chinese and Korean. I had to register beforehand at the Green Salon, which is near Ueno Park’s entrance. I was lucky enough to have my own private tour guide: the friendly Kumiko. After a warm introduction and a little bowing, we were on our way.

The tour started off at the park’s entrance with a detailed explanation of the park’s construction. We passed the museums and an interesting breakdown of each building was provided. We continued further into the park, which is surprisingly vaster than I first thought. Though, I already knew a little about Japanese history and a bit about Ueno before taking part in the tour, I was pleasantly surprised to learn some unknown tidbits about the park’s creation and the monuments scattered amongst the shrubbery. We visited the many shrines and temples around the park, including the Toshogu Shrine and its five-story pagoda, constructed during the era of the Shogunate, Ieyasu Tokugawa. The in-depth history of Ueno can’t be explained in just an hour and a half, but regardless Kumiko indulged us and allowed us to ask as many questions as we wanted.

As we entered each new area, she provided some information and allowed some time for us to explore and take photos. The tour ended at the Kiyomizu Temple, a replica of the one in Kyoto and one of the highlights of the day. I’ve walked past this temple numerous times, sometimes even curiously peeking through the doors at the altar, but this was the first time I finally understood its significance.

Near the end of the tour Kumiko taught us a little about the The Battle of Ueno. Ueno Park is the battleground of the civil war between Imperial troops and Tokugawa Yoshinobu’s Shogitai. The tour appropriately ended at the funeral memorial of the Shogitai.

I left the tour feeling slightly more educated, and due to this experience I felt like I can now appreciate why Ueno Park is so iconic. I highly recommend it, and for free what do you have to lose?

I came to Japan to study Japanese history at Kanda University. I've traveled to places such as Tochigi and Nara to gain further knowledge for a thesis paper I was writing and whilst doing so I fell in love. Not just with the historical aspects, but with the people and the architecture. I continue to find new an exciting places not just for my love of history, but for travel too. 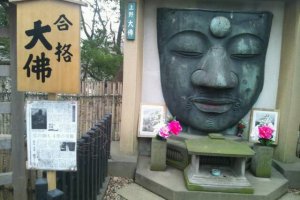 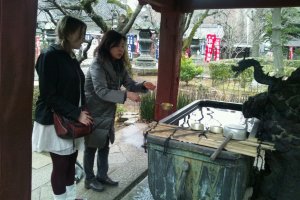 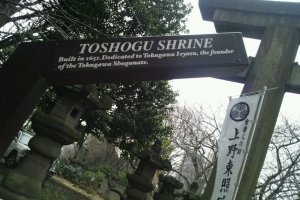 Nooraini Mydin 9 years ago
Interesting article. I didn't know there were free guides but when I went there I was in a hurry to catch as may Sakura blossoms as possible and was rushing around. I caught this picture the this eccentric man but it is not a very good photograph, I didn't get time to compose and focus properly.
Reply Show all 0 replies
1 comment in total