Relax and unwind in the concrete jungle's green oases

Tokyo has a reputation for being the ultimate concrete jungle, and when you're in districts like Shibuya or Ikebukuro, it's easy to see why. However, you're never actually far from a green space of some kind, be it an expansive park or intimate stroll garden, and it's possible there to forget that you're in a teeming metropolis of skyscrapers and flyovers.

There are four main parks in the city. Just a few minutes from Shinjuku station, Shinjuku Park features broad lawns and three distinct garden areas, in English, French and Japanese styles. There are also a good number of cherry blossom trees, so it's a delight to visit around the end of March for sakura season.

Close to Harajuku and Shibuya stations, Yoyogi Park has groves of shady trees around its lawns and fountains, which also explode into cherry-blossom pinkness in spring. Go there on Sundays to see the rockabillies, or there are also regular weekend festivals celebrating other countries' food and culture, such as the Thai festival and Cinco de Mayo.

Next to Ueno station, Ueno Park is also one of the city's cultural centers, home to a temple, a zoo and several museums, among them the National Museum and the (confusingly similarly named) National Museum of Western Art. It's one of the most popular (and consequently most crowded) spots for cherry-blossom viewing, and is also particularly beautiful when the leaves turn in autumn.

Close to the Marunouchi business district, the fourth of the big parks is Hibiya Park, a former lordly residence opened in 1903 as Tokyo's first western-style park. There are plenty of places to sit and relax amongst the trees or around the fountain, and it's another place to which autumn brings vivid colours.

Nearby is the Imperial Palace, and while most of the palace grounds are closed to the public, the east garden features both a beautifully landscaped stroll garden and a grassy lawn in the upper part. A little way north, Kitanomaru Park is smaller but still pleasantly green and leafy, and is also home to the Budokan martial arts hall, and the crafts gallery associated with the nearby National Museum of Modern Art.

As well as the bigger parks, there are plenty of smaller, intimate traditional gardens, mostly designed around a pond or miniature lake, with teahouses, islands and carefully pruned trees. In the downtown areas, Shiodome has Hama-Rikyu Garden, Meguro has Happo-En, right in the very centre there's Koishikawa Korakuen, and even Roppongi has the Mohri Garden. A little further afield, but still within easy traveling distance, are Togoshi Park in the south, Kiyosumi Tei-En to the east, and Sorosen-En out to the west.

These are just a few examples: search JapanTravel.com and you'll find many, many more! Wherever you are in Tokyo, you can always find somewhere to escape the bustle and enjoy some tranquility. 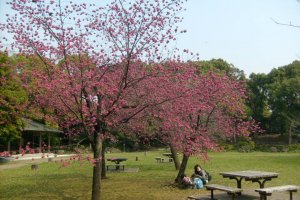 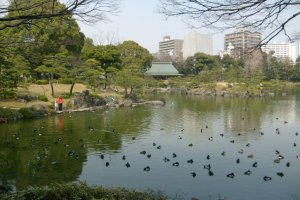 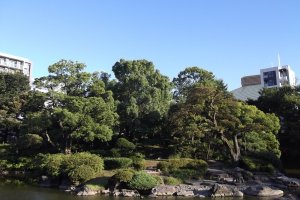 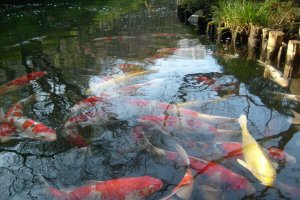 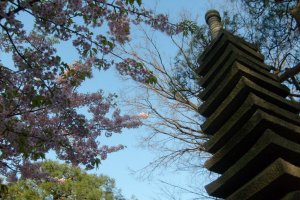 Sleiman Azizi 2 weeks ago
This is a great little primer for visitors to Tokyo. I can't believe I hadn't come across it yet!
Reply Show all 0 replies
1 comment in total