One of the biggest festivals of the year at the park

While some members of Yoyogi Park's annual summer lineup of international festivals come and go throughout the years, the Thai Festival is here to stay. This is one of the biggest, most exciting, and popular events of the year at the park.

This festival is absolutely massive. There are more food and drink stands here than you could ever hope to explore. The delicious smells waft from every corner of the festival area, which goes on and on and seems to have no end. The organizers set up a huge tent in the middle of the festival grounds as a display center. And the people? Oh, the people! It seems the entire population of Tokyo got up and came to Yoyogi for this one. Hats off to the organizers, though - as crowded as it was, it was never quite unmanageable to get from Point A to Point B - a lot of thought and planning went into making this as smooth and enjoyable an experience as possible.

While Thai restaurants can be found all across Tokyo, one of the downsides to them is that they often have reduced, watered-down menus. The same, familiar 5 or 6 dishes seem to pop up everywhere, with their spiciness diluted for Japanese tastes. For those looking for something more authentic, this festival is the place to be. Dishes of all kinds are available, from soups to vegetables to meat to desserts, things I saw in Thailand, and things I've never even heard of. It would be impossible to name them all here - just go and enjoy.

There is a full lineup of entertainers on the schedule. In my time at the festival, there were dazzling performances by soulful singers, wild violinists, and musicians of every sort. It appears they pulled out all the stops to put on a good show. In various display tents around the festival area, visitors could receive blessings from Thai Buddhist monks, pose for a photo with Miss Thailand, check out an authentic tuk-tuk, make crafts with kids, and pay homage to a devotion of the beloved King of Thailand, Bhumibol Adulyadej. While some festivals roll into Yoyogi Park with little more than some foreign cuisine, you could spend the whole day at the Thai Festival for all it has to offer.

Thailand is known as the "Land of Smiles," and while that title is somewhat debatable, what isn't debatable is the fact that the people participating in this festival showed a lot of pride in their country, culture, and heritage. Thai flags are flying everywhere, the staff works tirelessly to put on a memorable show, and there is an undeniable vibe of excitement and enthusiasm. It all adds up to the Thai Festival being a can't miss event on the Tokyo calendar.

Entrance to the festival is free. It is held in Yoyogi Park around the permanent main stage set up near the NHK building. It is about a 5 minute walk from Harajuku Station (JR Yamanote Line) or Meijijingumae Station (Chiyoda Line), and a 10-minute walk from Yoyogi-hachiman Station (Odakyu Line). 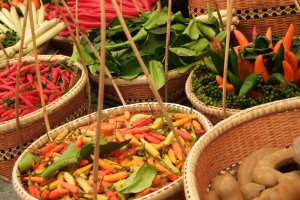 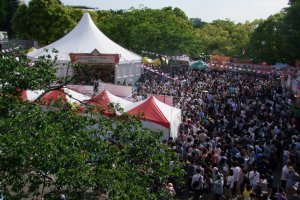 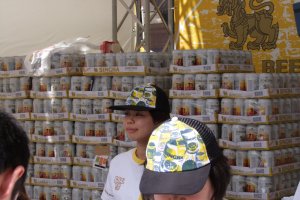 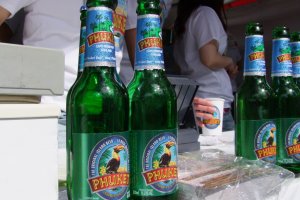 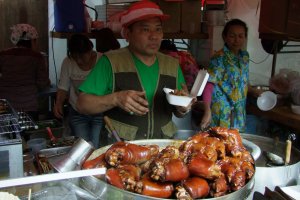 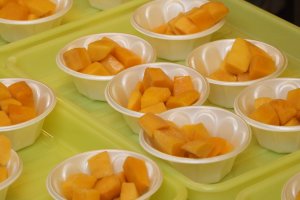 This event is postponed due to COVID-19.

Gyujin Kim 7 years ago
It would be perfect to visit Yoyogi park in this season!! love the festivals held in the park here including Thai's this time.
Reply Show all 0 replies
1 comment in total