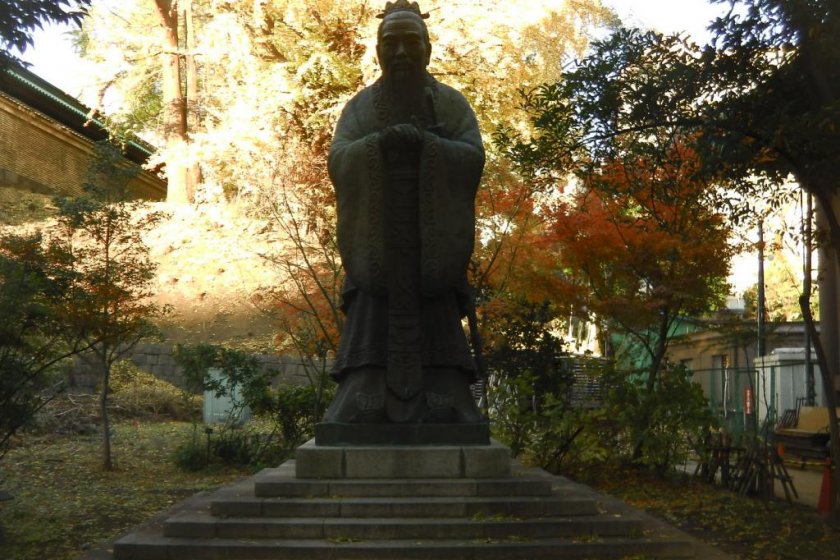 The biggest Confucian temple in Tokyo

The world's largest statue of Confucius

The world's largest statue of Confucius stands in Tokyo's Yushima Seido, one of the biggest Confucian temples in Japan. Siting in a peaceful corner of Bunkyo ward in Tokyo, Yushima Seido is notable for its unique impact on Japanese history, education and religion/philosophy.

The temple's structure has a unique black exterior. The massive main building is stately and impressive, if a bit stark and somber. The door at the center of the temple leads into an interior treasure room, which is only open on weekends and holidays. With a ¥300 suggested donation for entry, the treasure room contains a beautiful collection of paintings, statues, and artifacts. There is a statue of Confucius flanked by four shihai, or wise men. Though serene and unique to Japanese style, the collection lacks explanation and has no English, save for a printed pamphlet explaining a general history.

The temple's grounds are more beautiful than the building itself. Twisted, elderly kai trees dot the area (in tradition with the legend that Confucius's followers planted kai trees) filled with beautiful stone walls, paths and stairs. The pathways lead to a large stone statue of Confucius, the largest of its type in the world. The statue was donated by the Lions Club of Taiwan in 1975.

This is, in fact, at least the fourth version of this structure. Its origins came from the year 1632 in the early Edo period, when the "Senseiden" - "Shrine of the Ancient Sage (Confucius)" - was erected in what is today's Ueno Park. The temple was a private school that studied the teachings of the Neo-Confucianist scholar Hayashi Razan. In 1690 the Shogun Tsunayoshi wanted a larger structure and selected its present-day location in Yushima. The three characters displayed on the tablet above the temple's entrance ("Taiseiden," glorifying Confucius's knowledge and virtue) were written in the Shogun's own handwriting. Since then, the temple has been destroyed by fire 3 times, including the fire caused by the Great Kanto Earthquake of 1923. The current building cornerstone was laid in 1932, and the temple was completed three years later. The school connected with the temple in its early days continued and flourished, and branches of it have evolved into today's Tokyo University, Tsukuba University, and Ochanomizu University.

Yushima Seido Temple is a 4 minute walk from the Hijiribashi Exit of JR Ochanomizu Station (Sobu, Chuo-Sobu Lines) and Shin-Ochanomizu Station (Tokyo Metro Chiyoda Line). Cross the Hijiribashi (Sage's Bridge), and you will find it on your right. There are many English street signs in the area pointing to it and other landmarks in the area, including the Holy Resurrection Cathedral and the Kanda Myojin Shrine. 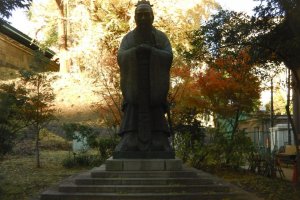 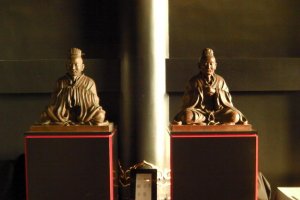 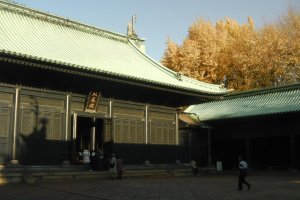 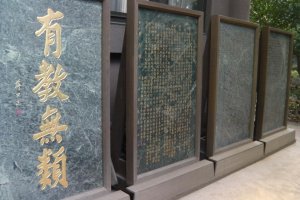 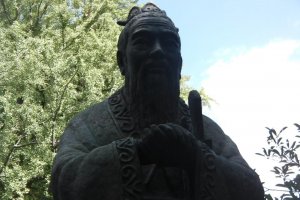 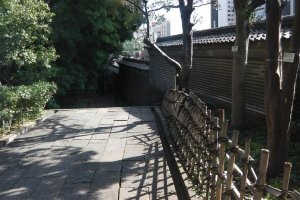 Geraldine Buergel 4 months ago
I didn't know there were confucian temples in Tokyo :O
Reply Show all 0 replies