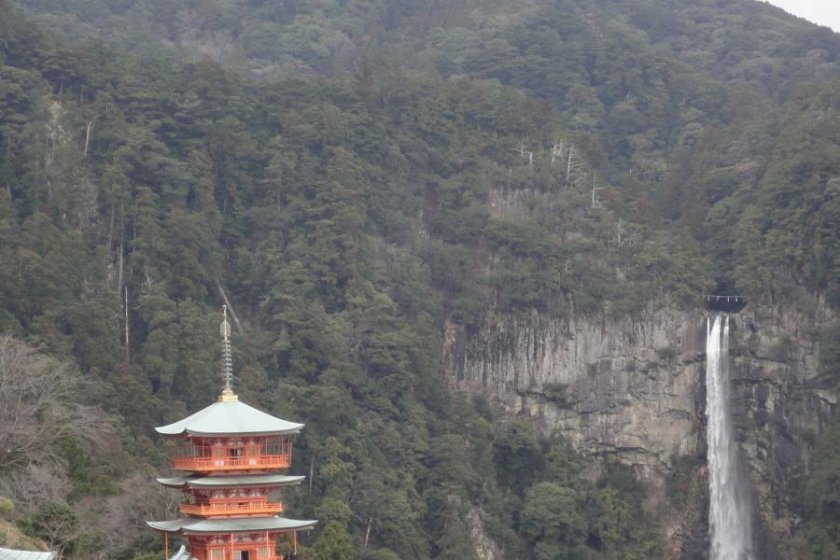 Stunning Pagoda and Waterfall of the Kii Mountains

Nachi Taisha is one of the 3 sacred shrines of Kumano located in the Kii Mountains at the southernmost tip of the Kii Peninsula south of Osaka.

They are linked by a series of mountain forest paths and even go over several mountain ranges all the way to Koyasan mountain monastery. These trails have been used by pilgrims for hundreds of years. But those are a holiday completely in itself as it takes a good few days to get from one place to the other.

As I knew I would only be able to visit one of the Kumano Shrines, I visited Nachi as it is also next to Japan's highest waterfall, and probably the most attractive of the three Kumano shrines. I was on a train from Tokyo for a hugely long time, but it was great to look out of the window at the various harbors and fishing villages, as the train skirted the coast down to the Kii Peninsula. The coast line along this stretch of Japan is very similar to that on the Studio Ghibli film "Ponyo" so I enjoyed it very much.

When I finally arrived, I climbed a steep flight of stairs to the sacred area which has both a Buddhist temple and a Shinto shrine built into its complex. There was a Shinto shrine here long before the Buddhists arrived in Japan.

The Shinto buildings are easily identified as they have a cross at the apex of the roof, although unusually they are bright red and white, with a lot of gold and colored designs on them. There are a number of temple buildings of different designs housing different religious articles including one filled with lots of gold hanging things that visiting pilgrims would put on a special white coat to pray in front of, a covered balcony with a view over the stunning valley below, and a large red pagoda that sits further down the valley closer to the waterfall. From here you can follow a short section of the pathways down to the falls themselves.

The pathways up the mountain are very cool and shady, forested, with large smooth stone like that of a river bed paving the way. There are torii (gates), piles of stones and small shrines, all covered in moss, like the the roots of the trees, being totally absorbed by nature. Even just a few meters back from the road the noise is completely muted, and it feel like you are in a completely different world, where there is little else but trees and maybe, always just past the edge of your vision, spirits.

On the bus back to town, I saw a young couple - a Japanese woman and an American man - just married who were completing the pilgrimage to each of the three shrines in traditional dress for their honeymoon. The woman wore a wide brimmed straw hat, with a long transparent veil that went all the way down to the floor, over a white kimono, while her husband wore dark blue hakama and a burgundy haori.They were like a vision from the past among the trees!

A long day - but certainly worth the effort! 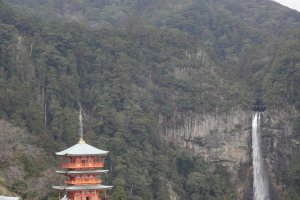 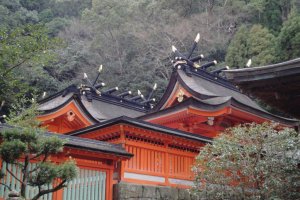 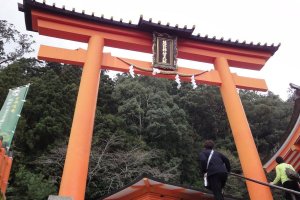 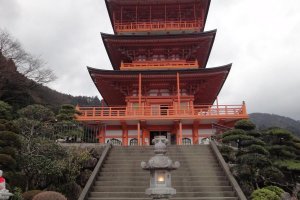 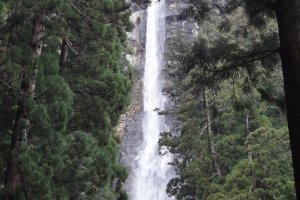 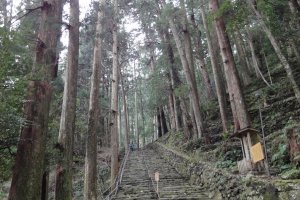 Elena Lisina 3 years ago
I want to visit Nachi taki for a long time. Beautiful place, isn't it?
Reply Show all 0 replies
1 comment in total