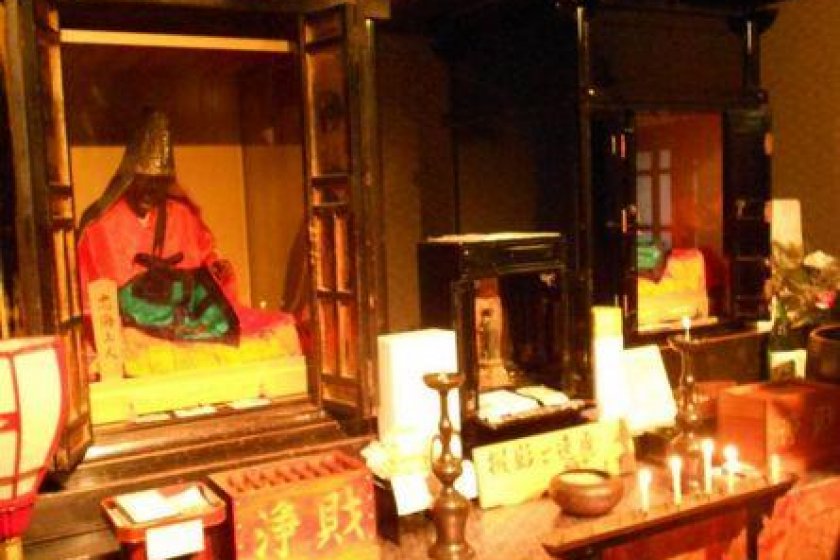 Skin the color of coal that shines in the dim light contrasts the priests’ robes exploding with intense oranges and greens. The priests’ solemn faces hint at a hard life, but still there is an aurora of magnificence that radiates from their 250-year-old bodies. The head priests of Kaikoji Temple may not be moving and may be hiding behind glass, but they are revered as living gods.

Not far from the sacred mountains of Dewa Sanzan and Dainichichobo in Yamagata Prefecture lies the picturesque Kaikoji temple. Kaikoji rests on top of a hillside and overlooks the town of Sakata, and on the outside looks not too different from other Shingon Buddhist Sect temples. Upon entry to an eerily lit chamber, you realize this is not your average temple. Two living mummies have welcomed visitors since reaching enlightenment. Thousands have tried the grisly process, but less than two dozen have achieved salvation. All have died in the process.

Priests starve themselves to death to atone for their own personal sins, but more so for the sins and salvation of the town members. The process involves three increasingly unbearable stages to reach self mummification. The first 1000 days consists of extreme fasting and exercising. The next 1000 involves reducing the diet to a few items, namely pine bark, leaves and arsenic water. Only a few prefectures contain this type of water from natural springs, so that is where temples with living priests can be found. Most are in Tohoku. The water, if drunk over a period of months or years, combined with the strict diet reduces body and water weight to zilch. Even organs, muscles, and brain matter deteriorate at this point. If there was any fat left, gas in the body would expand after death and ruin the mummification process. The last 1000 days, assuming the priest has not died by this point, is entombment. The priest is buried alive with just a pipe for an airway and a string to constantly ring a bell to let others know he is still alive. The priest continues his eternal quest of enlightenment through meditation underground. Once the bell stops ringing, the airway is sealed.

Several years later the priest is dug up. If he has followed the process purely and truly reached enlightenment, his body will be preserved as a living mummy, a living god. These priests are naturally dried and mummified, unlike the Egyptian mummies which had their organs removed and bodies wrapped in clothes. The priests live on to this day, even being recorded in the city’s citizen registry. As living priests, they still receive a stipend from the Buddhist sect, which is used to help maintain the temple.

The Kaikoji Temple in Sakata is a five minute bus ride then five minute walk from Sakata station. Souvenirs blessed by the priests, an exhibit of priest artifacts, and places to pray are also on site. 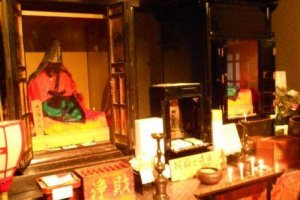 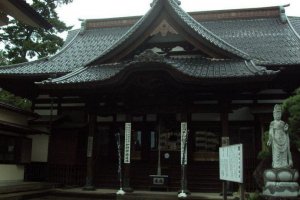 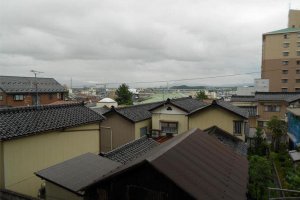