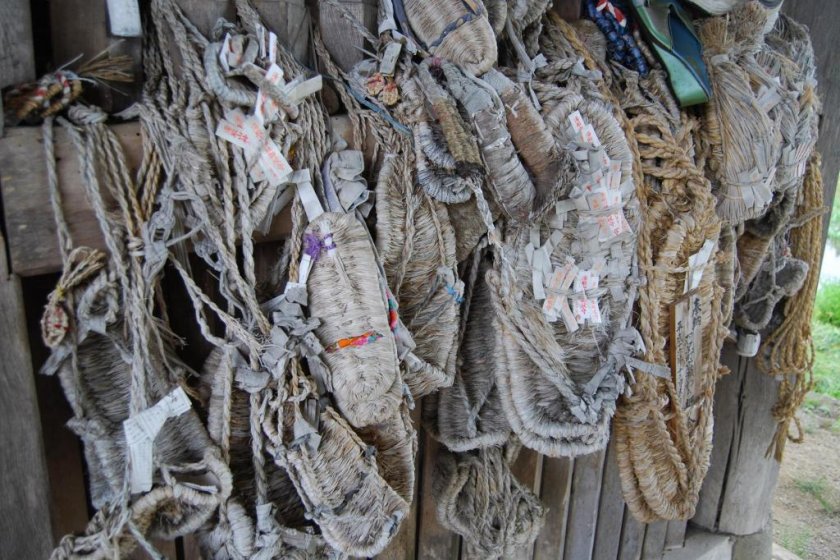 The Mummy of Dainichibo Temple

Waraji sandals from pilgrims hanging at the main temple gate

The Dewa Sanzan area is a mystical land of mountain ascentics and of "living Buddhas" – monks who mummified themselves in order to achieve enlightenment – Japan's very own mummies intrigue visitors.

One of them can be found in Dainichibo, a temple near Dewa Sanzan in the Tohoku area of Japan. This mummy is the main attraction at Dainichibo. He used to be a monk here and is now known under the name Daijuku Bosatsu Shinnyokai Shonin. He is one of a number of so-called "Living Buddhas" that can be found in temples in the Yamagata area.

What you see now looks indeed like a mummies in monk's robes. However, different from mummies in Egypt, the mummies in Japan were not mummified after death but people self-mummified their bodies while being alive by following a severe ascetic routine and diet as part of their religious training as a Buddhist monk.

As the story goes, born in 1687, this fellow was attracted to the teachings of Buddhism at an early age and he entered the Buddhist priesthood. His base was Dainichibo Temple. It sounds unbelievable but he aspired to become a “Living Buddha” from his early twenties and in order to do so, he began to follow an austere religious practices that consisted of eating only nuts and seeds and later bark and roots from pine trees.

If nothing else, this diet gave him a very long life. Aged 96, he put himself on an even stricter diet of salt and water only and eventually drunk Urushi tea, a poisonous drink made from bark, which coats the inside of the body with a lacquer-like substance. He then meditated in a stone tomb until he died.

The tomb was sealed for 1,000 days and after it was re-opened the body was found mummified and unharmed by maggots due to its poisonous nature as a result of the monk having drunk Urushi tea. He was given the holy status of “sokushin-butsu”, or “living Buddha”. His body can now be seen in Dainichibo Temple.

Visitors are led to Daijuku Bosatsu Shinnyokai Shonin in groups and a priest solemnly explains how he reached “Living Buddha” status. You find yourself starring at the mummy trying to figure out whether this really used to be a human being of flesh and blood once. You have to decide for yourself! 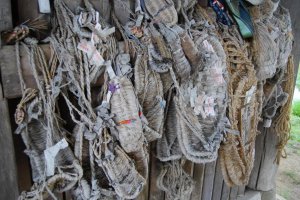 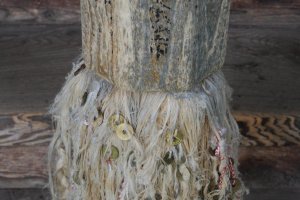 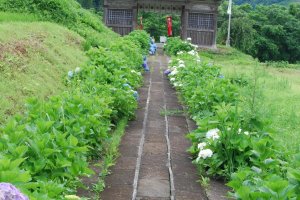