Choosing which ski resort to hit up in Yamagata Prefecture can be like choosing which drink to enjoy at a bar (provided you're at a good bar, of course). There are a plethora of options, but the least known one can leave you wanting to try it again.

Located in Tsuruoka (and where the villages of Haguro and Kushibiki meet), Taranokidai is one of five ski resorts in Yamagata Prefecture's second largest city. Overlooked by Mount Gassan, it is rather isolated though as no major highways (and very few buses) provide easy access to the resort.

But that doesn't stop large crowds - especially hordes of young people - from enjoying Taranokidai's snow. Many of those youngsters get their first taste of winter delight from sledding down small hills or taking ski lessons. Taking lessons first is a safest option to get started with the winter fun in Japan's mountains but ones you get the hang of sliding down the slopes, there is nothing to stop you from exploring the many fantastic ski resorts in this country.

However, ski/snowboarding lessons are definitely not reserved for the little ones. Taranokidai offers a ski school, and two hour general lessons cost 3,000 yen. If you’re present with your friends (well, 9-14 of your friends), you can take a two hour group lesson for 12,000 yen.

Once you burn energy after your first lesson (or 100th time skiing/snowboarding), you'll definitely want to replenish lost calories. Fortunately, a short walk from the ski lifts (and adjacent to the parking lot), there is big building in which a cafeteria is located on the second flood. So you can reminisce about your exploits (or the times you fell on your behind) over ramen and some soda.

Taranokidai may be a difficult place to find. But once you get there and enjoy yourself, you'll find it equally difficult to leave. 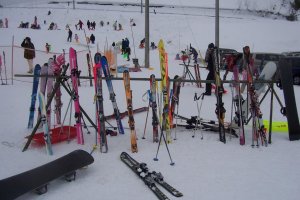 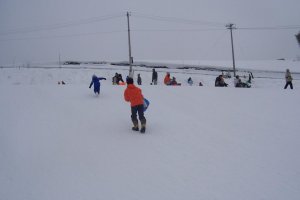 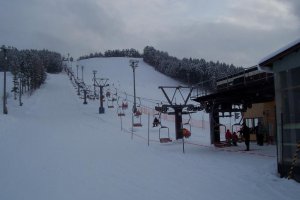 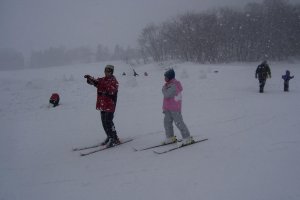 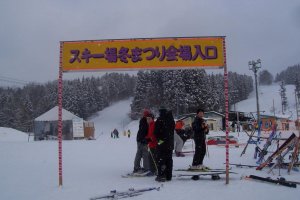