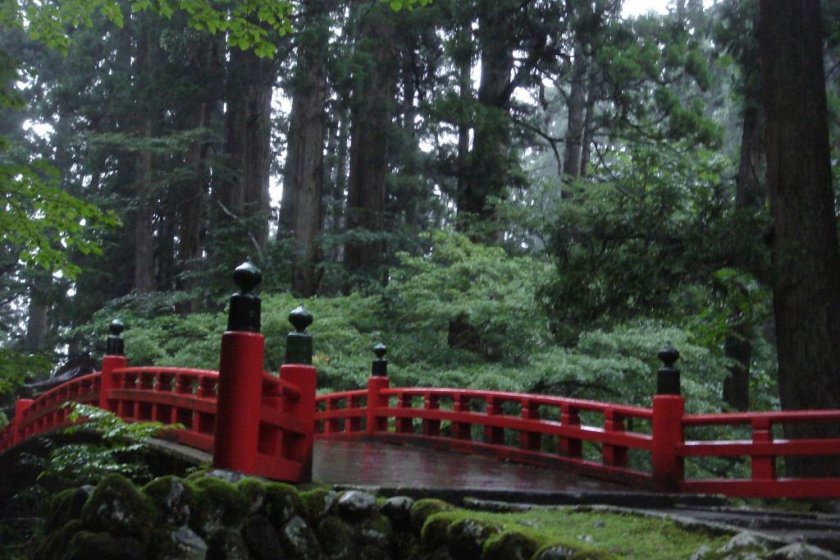 Red-lacquered "God's Bridge", or Shinkyo in Japanese. Cross this bridge and you are in the sacred precinct of Mount Haguro.

Mount Haguro is considered sacred by followers of Japan’s Shinto religion and of Shugendo, an ancient Japanese tradition of mountain worship whose practitioners are commonly known as yamabushi (those who lie in the mountains). Taking their faith very seriously, they come every year on a pilgrimage to worship their deities.

In the summer, visitors with touristic intentions might run into groups of pilgrims clothed in white from top to toe, and led by yamabushi priests whose attire is a rather ancient looking robe. The mysterious sound of a conch shell, masterly blown by the priests, announces their passing.

You might want to try and extract a decent melody from this unlikely instrument yourself at the Ideha Cultural Museum. It is located in Toge Village on foot of Mount Haguro where you can learn all about the history and culture of Dewa Sanzan’s yamabushi.

Mount Haguro is one of three mountains that make up Dewa Sanzan, “the three sacred mountains of Dewa”, as this area in present-day Yamagata Prefecture was called until the late 19th century. The other two mountains, Mount Gassan (1,984m) and Mount Yudono (1,500m), are located in the vicinity and Japanese pilgrims come in droves to venerate the kami-sama (deities) of these mountains.

It is said that Dewa Sanzan was opened as a religious center in 593 by Prince Hachiko, the son of then Emperor Sushun.

Traditionally, worshippers went first to Mount Haguro before making their way to Mount Gassan and finally to Mount Yudono. The latter two are covered in snow for most part of the year (mid October to June) and hence inaccessible to the pilgrims’ and visitors’ cohorts.

Hence, practical like the Japanese are, they established a shrine on Mount Haguro, which is accessible all-year-round. It serves as place of worship for the deities of all three mountains.

This shrine is the Sanjin Gosaiden, the largest wooden building with a thatched roof in Japan and another two-starred treasure that is featured in the Michelin Green Guide Japan.

The present structure is from 1818 but its history is reaching much further back in time. Looking at the impressive over two meters thick thatched roof, you don’t want to imagine the amount of labor that goes into repairing it.

On top of Mount Haguro there are a number of temples and shrines, although this is said to be a shrine complex. It just shows that Buddhism and Shinto were entwined before the two religions were forcefully separated in Japan’s Meiji Restoration, the events that restored imperial rule to Japan in 1868 and that heralded the begin of a new era in Japan.

The trail up the mountain starts after you pass through a torii gate near the Ideha Cultural Museum. Actually the trail first descends into a valley where you will find a small waterfall, Suga-no-taki, and a shrine near a red-lacquered bridge, called Shinkyo, or God’s Bridge. Pilgrims perform purification here before they walk across the bridge which marks the entrance to the sacred precinct of Mount Haguro.

A short walk will bring you to a centuries-old wooden pagoda and nearby you will also find a cedar that is said to be 1,400 years old. It is marked by a sacred rope. Actually there were two of them and they were thought of as a “couple” but one was destroyed by lightning. The remaining ancient cedar stands proud among its younger cousins that are “only” a few hundred years old. In any case, all of these cedars are older than we will ever get.

Walking in the forest of these old huge cedars makes you feel humble and small.

Find out more about Mount Haguro. 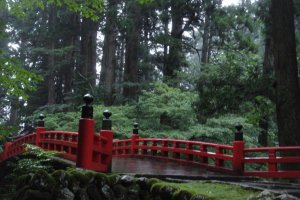 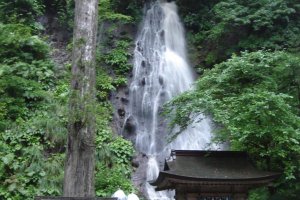 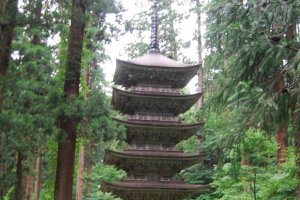 Elena Daurtseva a year ago
I love this kind of articles, I can feel the spirit Japan through it
Reply Show all 0 replies

Wouter Thielen 10 years ago
I saw an ad hanging in the metro today about Mount Haguro. It commented that it is worldly renowned as a sacred place, and that it has earned 3 Michelin stars in the Michelin Guide of Japan. The photos look very impressive indeed, and I would love to go there sometime!
Reply Show all 0 replies
3 comments in total