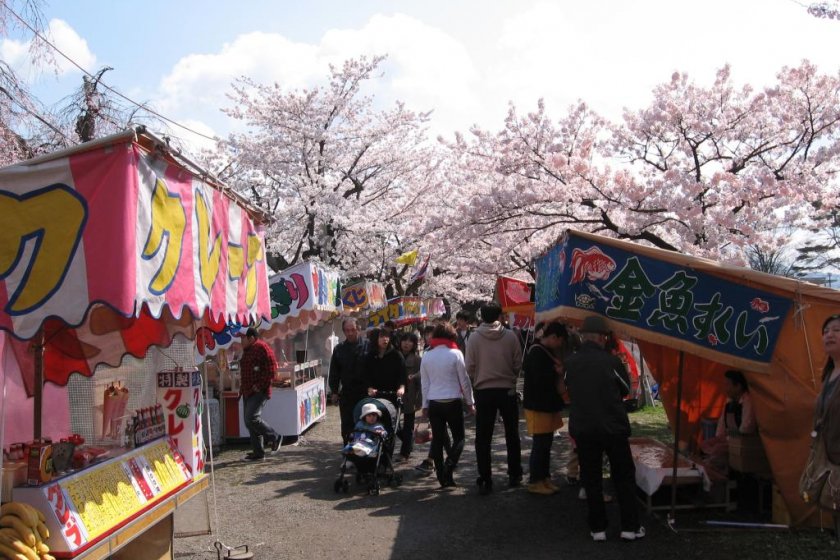 A great place to relax and ring in the spring

The alleys are a pleasant place to stroll

Just about every city has a nice, quiet place where people relax with friends while enjoying beer and good food. Such a place is easy to find in Tsuruoka and is a fun one to ring in the spring.

Located in the city center, a short walk from City Hall and on a major road, Tsuruoka Park is best known as a popular hanami (cherry blossom-viewing party) locale. The arrival of cherry blossoms in April turns the park into one of Yamagata Prefecture's most picturesque locations. Of course, hanami season brings out Tsuruoka Park's biggest crowds of the year, but there's more to do there than just gaze at the more than 730 cherry blossom trees (and 300 paper-covered lamps) while eating and drinking.

And one of those things to do is shop. Vendors are in abundance selling toys and other goodies while those looking for more to eat won't be disappointed as numerous stands are stacked with food. Seemingly, the whole city comes to Tsuruoka Park to hanami as everyone from toddlers to adults, including lots of school uniform-clad teenagers, welcome the symbolic arrival of spring. If you somehow fail to spot the cherry blossoms in full bloom, a perfect sign it's hanami season is the sight of bicycles cramming the park entrance.

However, my introduction to Tsuruoka Park didn't take place during hanami season but during an August festival at Shonai Shrine, located on park premises. Like many shrines, Shonai Shrine which was built in the 1870s welcomes big crowds on New Year's Day but the hatsumode (New Year's Day shrine visit) definitely isn't the only source of fun. Numerous festivals take place at the shrine throughout the year and it's a popular locale for weddings. But if you can't make to the shrine for a festival, don't despair. Numerous dolls are on display upon entering the main building, so you can still get a great feel of traditional Japan.

But for most people, a visit to Tsuruoka Park represents a rebirth of sorts after a long winter. It's a beautiful place when the cherry blossoms are in full bloom.

- Tsuruoka Park is open year round, but hanami season takes place in April. Most people hanami on the weekends and the cherry blossoms are usually in full bloom in mid-April. 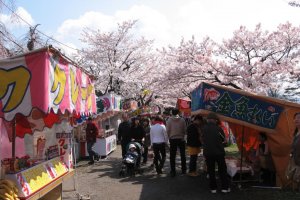 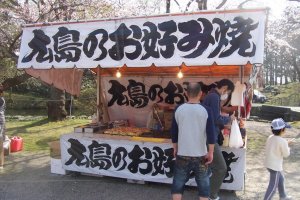 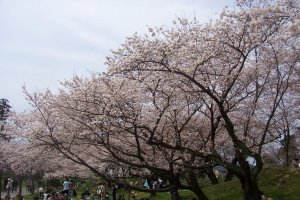