One Day in Nagoya

A history and culinary adventure in 24 hours

Nagoya is often overlooked by many first time visitors. Despite the fact that it's a capital city of a prefecture in central Honshu island, Aichi, and that it's the 4th most populated city in Japan, with a location not so far from Kyoto and Osaka, Nagoya is often forgotten by visitors aiming to visit those two of Japan's biggest cities.

In fact, Nagoya has a long and rich historical and cultural values—leaving numerous important places worth a visit when you're in town. Good news is, all those places can be explored in just one day.

Start the day at the city's main attraction: the castle. The historical complex consists of several buildings and parks, so it's just natural to spend a half day here. Nagoya Castle was built during Edo Period as the residence of one of the branch family of the ruling clan, Tokugawa. It's then no wonder that the castle became one of the biggest in Japan, that made the town surrounding it, the city of Nagoya, became the 4th largest in the country.

The castle keep is currently under renovation and is scheduled to reopen in 2022, but visitors can still enjoy the beauty of the attraction as well as its history throughout the moats that surround the inner castle area, as well as the extensive parks. Also in these green spaces, visitors can spot amazing ninja performances where the actors can be asked to take photographs together after the show.

The main keep may be closed (you can still take photos in front of it, though), but visitors' thirst of history will still be catered by the castle's palace, Honmaru Goten. The building, which used to be the residence of shoguns, was just renovated—transforming itself to be Nagoya Castle's main attraction. Inside this wooden architecture constructed using traditional technique, visitors can dig deeper on the life of imperial family members and their royal guests, along with intricate paintings and relics scattered around the corridors and Japanese tatami rooms with paper sliding doors.

After done feeding the history geek inside of you, it's time to see more of the city's religious side. One of the most popular attraction would be the blazing red Osu Temple. This Buddhist temple which was built during Kamakura Period was actually located in nearby Gifu Prefecture, and replaced to its current site due to constant attack of flood. The main object of the temple is a wooden Kannon statue carved by Kobo Daishi, an influential Japanese Buddhist monk. Osu Temple's front yard is locals' favorite spot to sit around while enjoying the architecture of the building and interacting with a flock of birds.

Immediately next to the temple, lies a very busy network of shopping arcades. You can find fashion stores, shoes stores, accessories stores, toy shops, anime stores and everything related to J-Pop, restaurants, cafes, street food stands, you name it! This would be the perfect place for you to have lunch today, or maybe just get some snacks (my recommendation would be matcha ice cream) to go while walking around and shopping.

Later on, just before it gets dark, head to the city's port area. Located on the south side of the city, Nagoyako is one of Japan's largest port area that consists of a theme park, an aquarium, a museum, shopping centers, and restaurants. This is an open space directly facing the water, a place so perfect for people who have had enough of a big city's buzz and its intimidating buildings. I'd really recommend you to stay until the sun sets, which can be enjoyed from the park area just south of the aquarium. The natural beauty will be complemented by the buildings around the area that will all be illuminated by colorful neon lights just after the last sunlight disappears.

Whether you'll be heading to the next city or going back to your hotels, you might end up your day at Nagoya Station. It's the heart of the city, with lots of stores and restaurants crowding both the inside and the outside. There are also lots of food options to the west and the east of the station, making it a perfect place for you to wrap up the day with some local specialties!

If you ask me to pick one out of so many signature dishes in Nagoya, I'd undoubtedly chooseTebasaki for my short one day visit. This chicken wings dish is unlike any other, as it is deep fried and served with a very rich spices sensation! Tebasaki is best enjoyed with local beer or sake.

Nagoya is less than 2 hours from Tokyo or Osaka by bullet train, making it a good choice for visitors on the Japan Rail Pass. 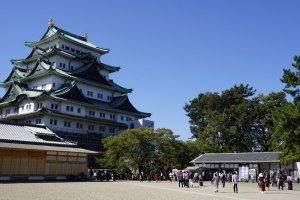 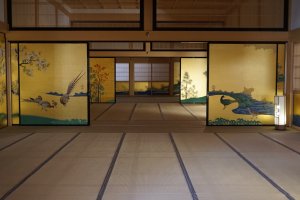 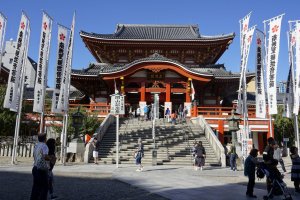 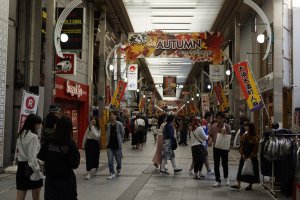 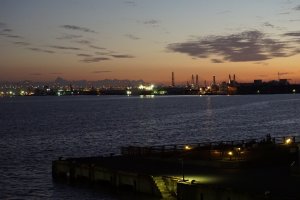 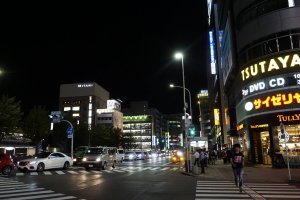 Elena Lisina 9 months ago
I'm one of those who've missed Nagoya :(
But it sounds really good and I hope to visit it some day!
Reply Show all 5 replies

Vicky Amin Author 9 months ago
Ohh yes you really have to make one plan to visit Nagoya! :D
Reply

Elena Lisina 9 months ago
When I read about Nagoya, I thought one day was not enough! :D
Reply

Vicky Amin Author 8 months ago
That's actually true (but I didn't have much time because I spent two days in Nagoya going to Suzuka to watch F1 haha)... so if you have time, better spend more than just one day :D
Reply

Vicky Amin Author 8 months ago
That would be really awesome!
Reply

Elizabeth S 9 months ago
Friends who visited or lived in Nagoya tell me it is a friendly, fun city with a lot to see and do. It’s easy to make Nagoya a stop on your trip from Tokyo to Osaka and beyond.
Reply Show all 1 replies

Vicky Amin Author 9 months ago
True! Sad that not many international tourists, especially from my home country, realized how easy and wonderful it is to visit Nagoya...
Reply

Kim B 9 months ago
I’ve only visited once but I really enjoyed what I saw of the city. Would love to go back at some point!
Reply Show all 3 replies

Vicky Amin Author 9 months ago
Me too! Though got to see all these in just one day, I feel like I need to go back and see more :D
Reply

Kim B 9 months ago
Always nice though when a city leaves that kind of impression, isn't it?! :)
Reply

Vicky Amin Author 8 months ago
Totally agree! And there are more of the similar kind in Japan :D
Reply
12 comments in total