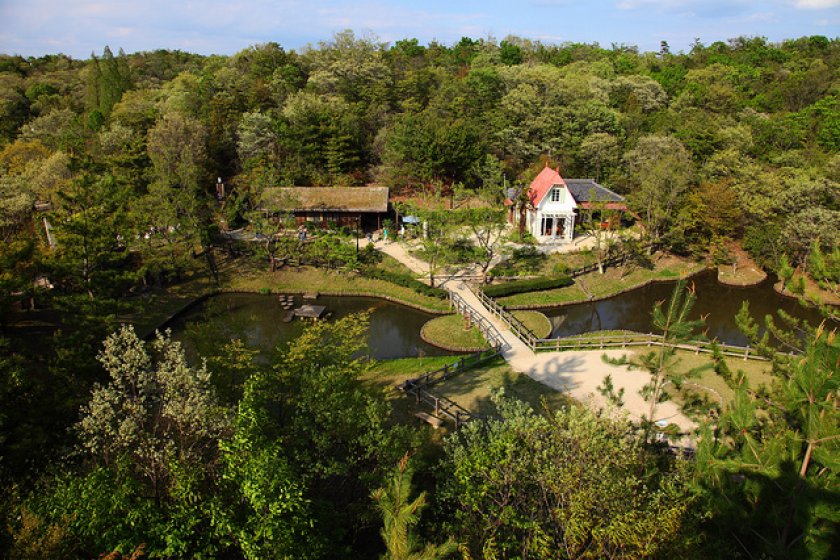 Satsuki and Mei's House is now managed as one of the attractions in the Dondoko Forest area of Ghibli Park, which opened 1st Nov 2022.

Latest on Satsuki and Mei's House

Want to see your children’s eyes pop? Take them to see "Satsuki and Mei's House," a life sized recreation of the house from internationally acclaimed Japanese director and animator Miyazaki Hayao’s famous 1988 animation movie “Tonari no Totoro” （”My Neighbor Totoro”）.  Set in rural 1950s Japan, the film humorously depicts the wonderfully strange experiences of Satsuki and her four-year-old sister Mei when they encounter the magical creature "Totoro".

The house was a sell-out attraction when it debuted in 2005 as part of the World Exposition, and now remains a popular drawcard to the Expo Memorial Park (Ai Chikyuhaku Kinen Koen), also known as Morikoro Park after the two furry characters that were the mascots of Expo ‘05.

The theme of Expo 2005 was “Natures Wisdom” and it boasted many “green” features, from the lush parklands to high tech green transportation systems and recycling programs. Many of the Expo structures were built from recycled materials. Following Expo, the grounds were temporarily closed while most of the pavilions were removed and recycled, and the grounds reverted to parkland. The few remaining buildings have been transformed into a swimming pool and ice skating rink facilities. The popular Ferris Wheel, the last remaining major symbol of the Expo, still operates and provides a wonderful view of the eastern Nagoya suburbs towards the city, and over the former Expo site. A small Expo-related museum has opened too, and is worth visiting even if just to see what the site looked like mid 2005.

The park is located in Nagakute-cho, about 40 minutes out of Nagoya city. One of the world’s first maglev trains, the Linimo, was used to get the Expo site and surrounding suburbs and has become a major part of the area’s infrastructure. It’s an attraction in its own right, and still the best way to get to the site.

Central to the park, nestled amongst a small, thick forest, is the Totoro house, a replica of the typical Japanese styled home of the Kusakabe family in the Studio Ghibli production. The home is not just a recreated film set, but a glimpse into Japanese home life in the mid to late 50’s. Re-opened to the public on July 15, 2006, visitors are allowed to freely explore the house, furnished to faithfully reproduce the movie, and complete with a book lined study, classic living room, old fire-heated Goemon bathtub, even a well in backyard. Can’t promise you’ll meet the Totoro, but keep your eyes open just in case!

Find out more about Satsuki and Mei's House. 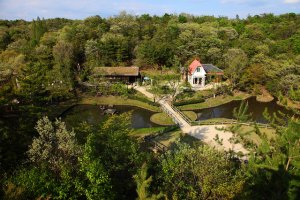 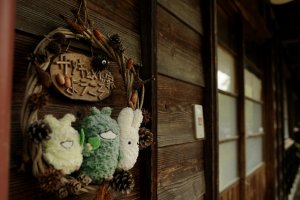 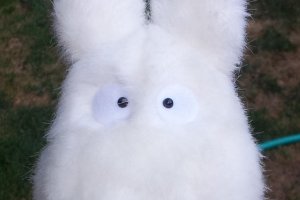 Sleiman Azizi 7 months ago
Oh my gosh, I didn't expect this! How late am I to this party!?!
Reply Show all 0 replies

Elena Lisina 5 years ago
It's great place to visit as I'm the fan of Totoro! :)
Reply Show all 0 replies

Shaymaa Barakat 7 years ago
Nice article and a great place to visit, I would definitely love to go there, I know I would be amazing experience for me, Thank you for sharing.
Reply Show all 0 replies

Mandy Bartok 8 years ago
My 3 year old has just started watching Totoro recently. Perhaps we'll have to arrange a visit here whenever we're up in Nagoya. I didn't even know this existed!
Reply Show all 1 replies

Chris Glenn Author 8 years ago
She will be enthralled when you do get the chance to visit! And so will you! This is right out of the animated series!
Reply

Novita Syaputri 8 years ago
I was visiting Satsuki and Mei's this month and found my eyes a bit teary :')
Reply Show all 1 replies

Chris Glenn Author 8 years ago
It really is quite emotional, especially for those who were moved by the animated movie! Glad you enjoyed it!
Reply
7 comments in total