Experience the allure of Japanese comics

Shingo rises at the same time as the roosters each morning. Before going to work, he religiously reads a chapter from Hinotori. Today he is on the bus 115 from Port Tower Selion to Akita City. Not as a passenger, but the driver. If the bus is nearly empty, he would drop passengers off in between bus stops, just so they won’t have to walk so far to their destination. But his mind is really with hinotori, the phoenix that rises from the dead. When he finishes his shift, he would go to Animate to pick up the next instalment of Hinotori.

Shingo is just one of the many residents who make Animate their second home. While visitors to Akita’s city square may find it deceptively quiet, the reality is that a lot of its residents are actually holed up in the anime and book stores like Animate, buried in another world. I asked Shingo about about the story of Hinotori, literally a fire bird in Japanese, a fictional character that literally holds the key to life. Legend says that if you drink its blood, you will never age. Brought to life by the same manga artist who wrote Astro Boy, Osamu Tezuka, Hinotori is constantly at risk of losing its life for this very reason. Men will set snares and traps to catch Hinotori, but it had a secret weapon. It could kill men by just staring at them. Once Hinotori was captured, and its hunter promptly cut off its head for the life giving blood to come out, but it refused, staying put in the body. Hinotori has the ability to escape to another era, to 3404 AD. In another episode of Hinotori, an amoeba shaped aliens called Muupi take over the human race. By playing with them humans can make their fantasies come true, but only during their sleep.

Animate is an Aladdin’s cave of treasures, a complete one stop shop for anime, comics and games. Founded in 1983 in Ikebukuro, Tokyo, it now has over 100 stores, including Akita City. The word animate is a verb meaning to give life, to make alive, and not only is it the place to go for the latest instalments of your beloved series, it is a gathering place to exchange new ideas and share your love of anime with fans from around the world. Drop on to Animate and say hi to Meito Anizawa Animate's mascot, also known as Anime Tencho. 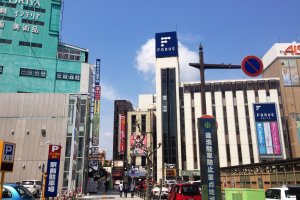 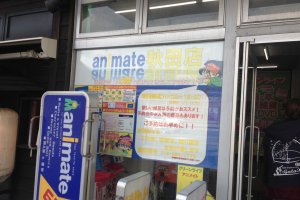 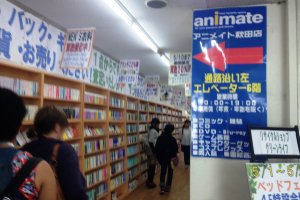 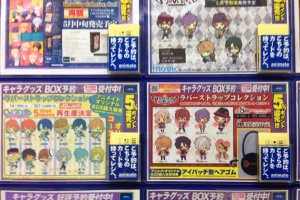 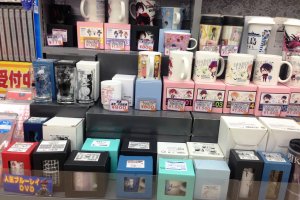 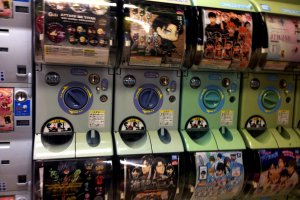 Justin Velgus 4 years ago
This place is really popular with students from the nearby Akita International University!
Reply Show all 1 replies

Bonson Lam Author 4 years ago
So true, some students from AIU took me here once. One of their favorite pastimes on a Sunday.
Reply
2 comments in total