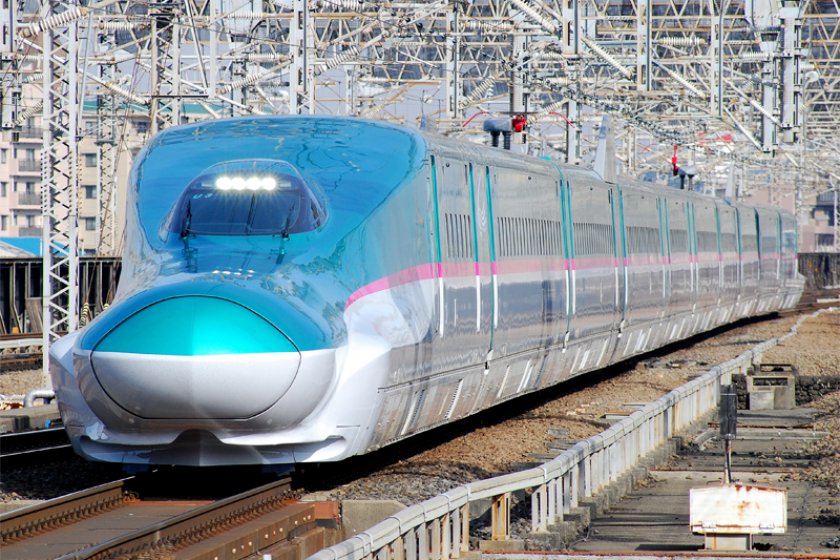 Getting From Tokyo to Akita

As the third northernmost prefecture in Japan, getting to Akita from Tokyo can be a bit more difficult, especially on a budget. However, there are several ways of getting from the metropolis of Tokyo all the way up to the more secluded parts of Akita (and back) that go unconsidered by most visitors. Let me break it down for you:

The most obvious choice you’re going to have for transportation is to fly. The absolute cheapest flights (outside the JAL Tohoku Pass) from Tokyo to Akita Airport (AXT) in Akita City will cost around ¥ 16,000 round-trip and take about an hour of flight time each way. Typically a flight will be closer to ¥ 25,000 total, with the most expensive options running up to nearly ¥ 40,000. Due to Akita Airport being a smaller airport, the only airlines that run between Akita City and Tokyo are JAL and ANA, which means you also don’t have a lot of variation in pricing by competitor.

The other airport option in Akita is the Odate-Noshiro Airport (ONJ), located about an hour and a half north of Akita City. The good news about ONJ is that their flight prices are near-fixed, with the vast majority of flights costing around ¥ 16,000 round trip, and the flights are only an hour and ten minutes long. The downside to this is that there are only 2 flights per day each way, both going to and leaving from Haneda airport, with one in the morning and one in the afternoon/evening.

JAL has recently released a yokoso oneworld Tohoku air pass, with a minimum of one sector from just ¥ 5250. It takes less than 200 minutes from Tokyo Station to Akita Station, even with two airport buses to Haneda Airport and from Akita Airport. The Tohoku air pass is only available to passengers holding an international return ticket out of their country with an oneworld alliance member. You should budget for another ¥1,600 inclusive for train transfers to Haneda and the bus transfer from Akita Airport.

The next option you’ll likely consider is a shinkansen (bullet train.) Akita has its own shinkansen line conveniently called the Akita Shinkansen, which can take you from Tokyo all the way to Akita City, with stops in Tazawako and Kakunodate. A ride in a Komachi shinkansen will take just over 4 hours each way. One advantage that a shinkansen has over a flight is that the price is fixed. Unfortunately, that fixed price is ¥ 17,800 each way, for a grand total of ¥ 35,600 to get from Tokyo to Akita City and back. You can get discounts on round-trip tickets by going to an actual ticket window at a station and asking about them, but even still it’s going to be around ¥ 34,000. However, if you plan in advance and get a JR East Pass Tohoku, you get unlimited rides on all JR train lines in Tohoku (including shinkansen) for 5 consecutive days for just ¥ 20,000 per person, and ¥ 10,000 for children.

Barring shinkansen, local trains can also get you from Tokyo to Akita, but there are a few caveats. The first is the simple matter of time; from Tokyo Station to Akita Station can take almost an entire day on trains (depending on departure time), with a minimum of around 15 hours. Additionally, a trip by JR will require at least 5 transfers and 8 different trains. In terms of cost, taking the train from Tokyo to Akita City is about ¥ 9000 one way. This price can be mitigated with options like JR passes, especially if you plan to use the trains to get around while in the prefecture.

If you’re feeling particularly adventurous, you might try to drive from Tokyo to Akita. This is a great way to get in a lot of sights, especially if you decide to make some stops and not do the whole drive over the course of one day. However, cost-wise a car isn’t much better than planes or trains. It’s almost 600 km from Tokyo to Akita City, which on the highways will take about 7 hours. Additionally, highway tolls will run about ¥ 12,000 on a one way trip, in addition to having to pay to fill up the gas tank (it takes my kei-car just under a full tank to go 120 km, which with regular gas is around ¥ 3200.) You can take the non-tollroad route, which is about the same distance, but due to a lot of the roads being mountainous, a one-way trip will take over 11 hours off-highway. Overall, cars are a good option if you’re planning on road tripping all around Kanto and Tohoku as opposed to a straight shot there and back.

Night buses are another way to get across Japan on the cheap(er), and are conveniently timed so that on arrival you have the entire day ahead of you. Additionally, there are night bus routes that cover near every town in Japan, so there’s always one within reach. One way to plan a night bus trip is to use the Rakuten Travel or Jupiter websites, as they can cover all the stations in Akita, as well as what kind of features you’re looking for in a bus (3 seat row, 4 seat row, bathroom included, etc.) The only problem is that these sites are only in Japanese. For English options, a useful website is Willer Express.

A typical night bus will take 8 hours each way, leaving anywhere from 10 PM to midnight and getting in around from 6 to 8:30 AM. A round trip will usually cost between ¥ 14,000 and ¥ 16,000, depending on your bus station, company, and what kind of bus you’re riding. Rakuten offers fares about ¥ 1000 cheaper than Jupiter or Willer due to it covering more companies, though Jupiter is more accessible in small towns around the prefecture. For people who aren’t great at sleeping on buses, it may be worth the extra ¥ 500 or so to get a bus with a toilet and individually separated seats (listed as 3-seat rows), rather than risk getting crammed next to someone else for a long ride. 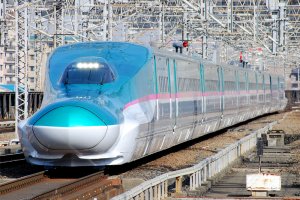 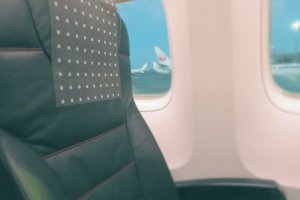 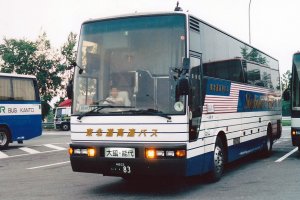 Novia Mardasari a year ago
Thanks for the info!
Reply Show all 0 replies

Victoria Vlisides 5 years ago
Nice guide, Ben!! And, nice to see you on here :)