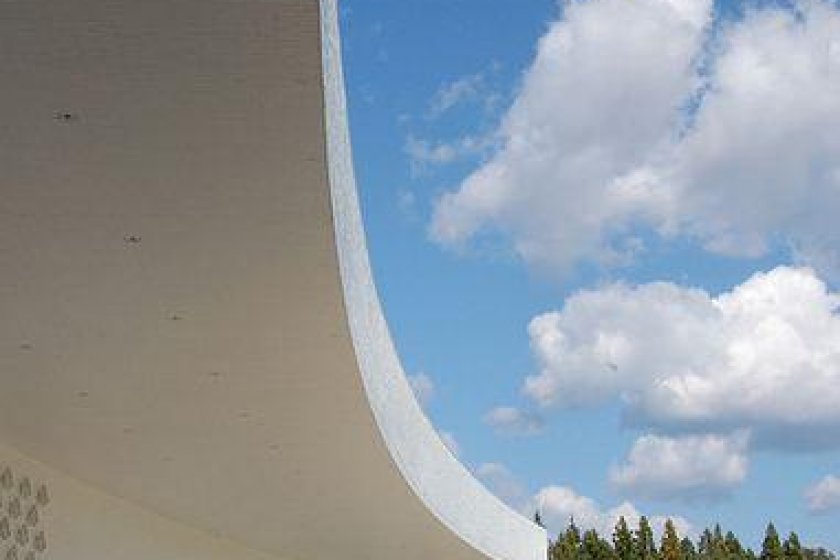 The shining white of the Aomori Museum of Art. (Photo: Tomomi Sasaki)

A Visit to the Aomori Museum of Art

The shining white of the Aomori Museum of Art. (Photo: Tomomi Sasaki)

Latest on Aomori Museum of Art

The Aomori Museum of Art is just a stone’s throw away from the Jōmon history site at Sannai-Maruyama, but you may think they are one in the same at first glance. This art museum is a piece of art in itself, being designed to incorporate a style that compliments its nearby Jōmon neighbor. The museum’s shape resembles the Sannai-Maruyama trenches archeologists have dug out. The white walls contrast the earthen walls you can also see through some windows inside the museum. The white also stands out as a kind of beacon against the green spring plants or blends in the snowy winter landscape, almost appearing as a building made of snow. Signs throughout the museum have a unique look. With a little imagination, the writing style could be that of ancient Jōmon ancestors. That would be if you didn’t see the rest of what the Aomori Museum of Art has to offer.

A primary goal of the museum is to share the art and culture of local citizens of Aomori. Three large exhibition rooms in the community gallery display works of local citizens. Paintings, drawings, and sculptures are juxtaposed against the white walls, floors, and ceiling. Definitely pick up an English or Japanese information pamphlet after paying admission to read back stories of some of the art pieces or themes. Yoshitomo Nara is probably the most famous Japanese artist at the museum. He is a local of Aomori and the museum has many of his pieces in their collection. The museum has two of his commissioned works: the Octagonal Chamber and an 8.5-meter Aomori Dog peeking into a window from the outside.

In addition to featuring Aomori artists, the museum has permanent and special collections to reach a larger audience. Toshimitsu Imai and Shusaku Arakawa are Japanese artists from other prefectures that have featured works alongside oversea works by visionaries like Wassily Kandinsky, Paul Kee, and Pablo Picasso. The swatches of colors on the white, wide, open rooms draw you in. I’m not an art guy, but I found myself really engaged and staring at pictures much longer than I thought I was. Museum director Hibari Takayama did an excellent job with the layout and selection of pieces to display in the collection. Supplementing the permanent collection are special exhibitions. Past exhibitions have included European still life paintings, Relics of the Ancient Roman Empire, and Russian Designs for Theater, Opera, and Dance.

Before leaving the museum, it might be worth a stop at the gift shop or restaurant on the east wing of the 2nd floor. The gift shop has some artsy gifts. After seeing books of art and strange trinkets, I settled on a creative eraser as a gift for my sensei. One end was a chimpanzee and the other morphed into a human, detailing the path of evolution. The restaurant is ok, but there are more options at the Sannai-Maruyama Site a few blocks away. The restaurant does, however, offer a close-up view of a 25-foot dog sculpture.

The Aomori Museum of Art can be easily accessed from JR Aomori Station via a 20 minute bus ride. Use the "MENKYO-CENTER" marked bus and depart at "Kenritsu-bijutsukan-mae" bus stop. When done, walk a few blocks to the Sannai-Maruyama Jōmon historical site to complete a wonderful day trip.

Find out more about Aomori Museum of Art. 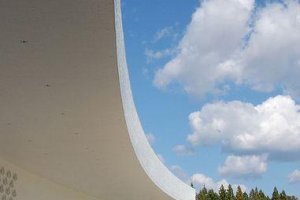 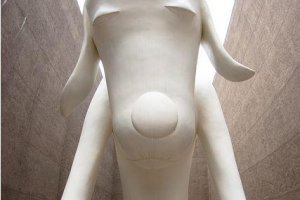 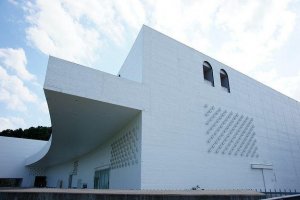 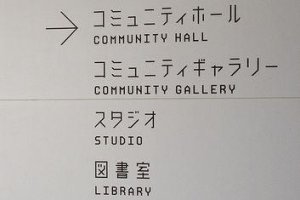 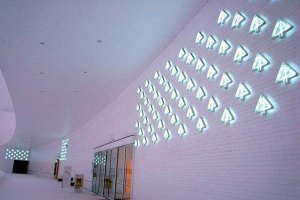 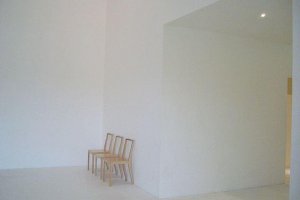