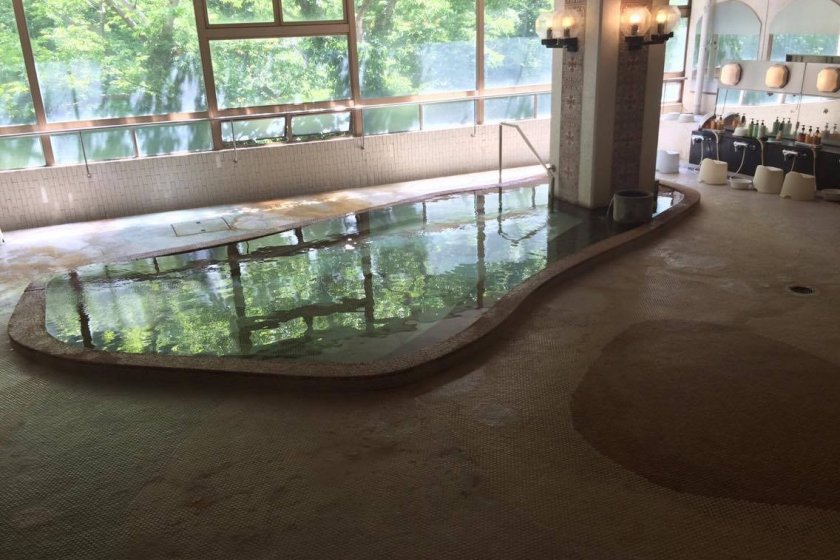 Minakami losing gusto or getting its groove back?

One of the indoor onsen areas at Higaki Onsen Hotel

When it comes to looking for accommodations, I am a super freak.

I really get off from getting the best places for the best deals. I literally spend hours looking for it. Searching different combinations of price, dates, places and booking sites. The stakes are even higher in Japan where there are a limited amount of places listed in English and Japan’s tourism has skyrocketed in recent years. The government wanted to have 20 million tourists within a year by 2020 (the Olympics) and they’ve basically already reached that. So…

What that means, is, if you don’t book early enough (at least a month in advance — at least…) you’re choices whittle away to nothing and/or the price just explodes.

So, my latest challenge for that was a birthday excursion to Gunma Prefecture (a few hours north of Tokyo) for myself and my boyfriend. I checked out several accommodations and finally balanced price with classiness to land on the Higaki Onsen Hotel in Minakami, a famous onsen area surrounded by mountains and river. (About ¥35,000 to ¥55000 for 2 people, 2 nights, depending on room type and meal inclusion.)

My #1 priority was a spacious and well accommodated onsen (hot spring bath) space, and we did get that. However, the rest of the hotel seemed pretty damn strange.

First off, when we checked in they greeted us by name, which sort of shows you the pinnacle of Japanese hospitality but also led us to believe that not many people were staying there… Yet, when I checked it seemed to be all booked up online. The hotel was ridiculously spacious. So much so that it felt empty, strange, ghostly.

Except when we got there, we saw two, well, pretty Japanese women dressed in matching uniforms. Tight shirt and skirt in plaid. Now, you might not know that Japan’s love for uniforms is nothing to stir about, but turns out these weren’t girls getting off their job.

Oh no, they were girls getting on the job. Yup, they were hired party girls. Ah hem, “party girls,” which we later found were offered through the hotel’s website. If they were just hanging out or what, we may never know, but we did see them leaving like 4-5 hours later. Just another strange aspect... The hotel’s banquet space, accented by gigantic wooden doors with stitched red leather was as grandiose and vintage as it was seemingly unused. It overlooked the garden area, which housed a bright blue abandoned pool with no water.

We never actually saw anyone in the dining room, but only heard voices. When we walked past the hotel bar, “The 3rd,” around 10 p.m., there were just 2 women in a sea of blue velvet booths, their voices faintly cooing to the music.

When I stepped into the crystal-clear outside bath at the hotel onsen, lined with rocks and accented by the rushing sound of the Tanigawa River below, I looked up to see people in their hotel rooms. If I could see them, I’m sure they could see me. By the way, for those unaware, you are absolutely naked in these baths. But, I guess no one cared. So, I chose not to, too. But that fact didn’t seem to be exclusive to our hotel. When we walked around a bit more at night, across the river, you could easily see into the woman’s onsen area of a different hotel. That’s pretty wicked for Japan where it’s often considered risqué for a woman to show her shoulders in public.

And so our curiosities bulged. Was the buzz that Minakami is a popular tourist spot just years behind, as other trends in Japan (besides robots) seem to be?

Yet, it’s hard to find much about the topic of Minakami losing its gusto online in English, but certainly word-of-mouth from local people confirmed it to be true. Plus, the main area had an abandoned building around every corner. It’s rumored that monkeys begin to occupy abandoned hotels up in the mountains. If I go back to this area, confirming that rumor will be first on my list. (Example of one abandoned hotel here.)

View on top of the mountain

After a second inside a local shop, the owner, an old Japanese man with a husky, low growl, started rattling off about how most people don’t come to Minakami until 3 p.m. — that’s the typical check-in time for the hotels. And, it’s why he was surprised to see us there around 1 p.m.

Do people come here for just one night(?), we mused, as we began to joke about the slogans.

“Minakami: One night only!”

Still, there seemed to be a ton to do in Minakami and the surrounding areas. We packed a lot into the trip, but also prioritized relaxation time.

Here’s what we did in just 2 days:

Granted, it was easy to get around with a car. Without one, it takes more time, but what we did encompassed a lot. And maybe we were able to do all of that because it wasn’t crowded, (ah hem, I’m looking at you Tokyo) so we could flow in and out like the clear current of the river.

Minakami was still living out the dream of the 90s. It was refreshing, happy, and clean. It was friendly, scenic, exposed and strange. But was it worth the price? Always. 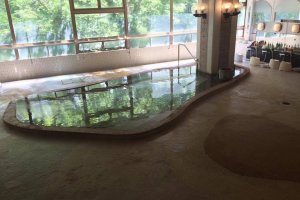 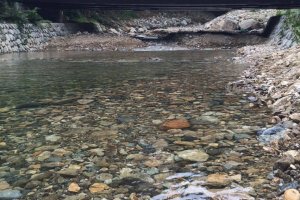 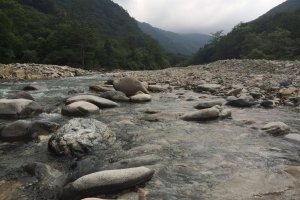 Elena Lisina 4 years ago
Yes, sure! Next time!!! :D
Reply Show all 0 replies

Elena Lisina 4 years ago
I like such places very much! :D
Reply Show all 1 replies