Some favorite places for romantic dates

While travelling in Japan, I came across numerous places for romantic dates or for strengthening love, and they’re quite popular among young people.

Firstly, I learned and saw the proof that romantic scenes from Japanese doramas (TV series) were true; aquariums were popular places for romantic dates. In every aquarium that I visited I met young couples. One aquarium is shown in these TV series more often than others – it is Hakkejima Sea Paradise in Yokohama.

Another popular place for dates is Enoshima Island, and I saw ema (small plaques containing prayers or wishes) in a red color at Enoshima Shrine. The ‘Love Bell’ located on the island has an interesting legend behind it. An evil dragon was said to have fallen in love with the goddess Benten, and changed his evil ways in order to be with her. Due to the legend, couples ring the love bell together and attach a lock with their names to the surrounding fence. These new rituals from young lovers are now popular all over the world.

Visiting towers such as Tokyo Skytree, Tokyo Tower and Kyoto Tower, I noticed special places with hearts where couples can take photos together. Places like that are also popular for romantic dates.

In the cities some places are famous as meeting points for dates. I’ve heard of a few – the Hachiko monument and Hachiko wall in Shibuya, Osanbashi Pier in Yokohama, and Tokyo Dome City in Tokyo just to name a few.

It was interesting to learn about popular traditions among young people for Valentine’s Day in Japan. It differs from the American version when you can give a present to anybody you love, including family members, friends, or colleagues. In Japan on Valentine’s Day girls give chocolate to young men (maybe older people do the same, but I’m not sure) and it’s a great boom! Of course, the main point of presenting chocolate is to show love and special attention. I bet the chocolate business is good in the lead up to that day!

I know at least two Shinto shrines dedicated to couples – they are Izumo Taisha in Shimane Prefecture and Hikawa Jinja in Kawagoe. At those shrines, people pray for their lovers or finding true love. 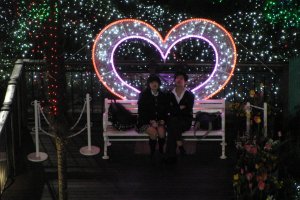 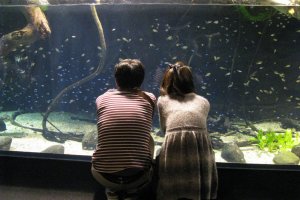 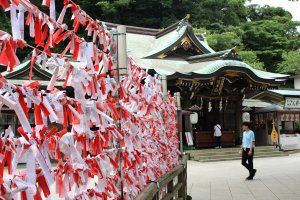 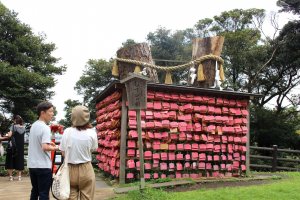 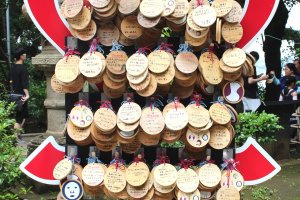 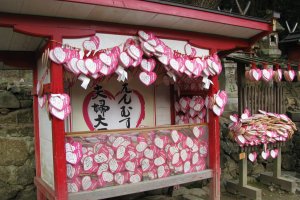 Kim B 10 months ago
I never knew about the link between aquariums and romantic dates! Interesting!
Reply Show all 0 replies

Sleiman Azizi 10 months ago
Oi! We're not allowed to read this article before 9pm, lol
Reply Show all 0 replies
2 comments in total