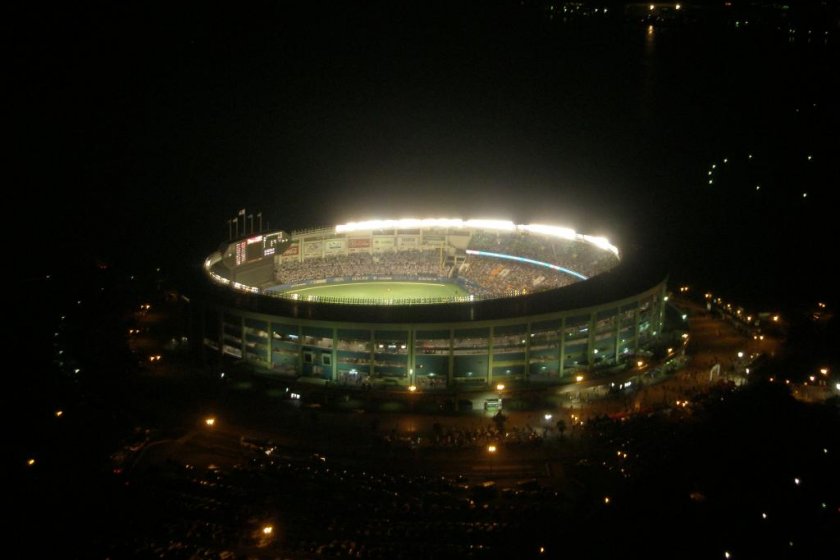 The stadium lit up at night (Photo: 掬茶)

Pro baseball is the most popular sport in Japan, and catching a game of one of the twelve Nippon Professional Baseball (NPB) teams is a must for any baseball fan traveling in Japan. One great place to watch a game is at the QVC Marine Field, home of the Chiba Lotte Marines.

Formerly known as the Chiba Marine Stadium, the building was opened in 1990 and began serving as the home field to the Pacific League's Chiba Lotte Marines in the 1992 season. Being located on the shore of Tokyo Bay provides some beautiful, seaside views, but also provides strong winds and spotty weather, which can be detrimental to both the players and the spectators. Fans attending a night game are advised to bring some warm clothes. Afternoon games in the warm weather, however, are a pleasure to attend, and the fresh, sea air makes for an enjoyable experience.

The stadium holds 30,000 fans, and is broken up into an upper and lower level. The upper level seats are cheaper and mostly unreserved, and fans can be seen moving across the upper deck to chase either the shade or sunshine, depending on the temperature.

Food and drink options are typical of most stadiums in Japan, which may lead to some disappointment for visitors more familiar with the more creative and filling options of North American ballparks. There are a small collection of foods and snacks, including pizza, udon and doburi. Beer and shochu are sold. Fans wanting a full meal are better served eating before or after the game.

The team’s official merchandise store and the Chiba Lotte Marines Museum, a free and interesting tribute to the team’s history, are located in the northwest corner of the stadium’s parking lot. The museum especially is worth a visit, as its many old time memorabilia is sure to entertain lovers of the sport.

The stadium itself isn’t the most beautiful in Japan (that award goes to the Mazda Zoom Zoom Stadium in Hiroshima, as far as this reviewer is concerned), and is only worth a non-game sightseeing visit for the most ardent Marines fans. That said, taking in a game here is highly recommended due to the many nice spots to visit within walking distance of the stadium. Makuhari Beach and the Makuhari Seaside Park are both in the immediate area, and various shopping centers and restaurants can be found near the train station.

In addition to baseball, QVC Marine Field also plays host other events, such as rugby union and concerts. Along with the next-door Makuhari Messe convention center, the annual Summer Sonic two-day music festival is held here.

As a fun bit of trivia, Tekken, the 1994 fighting-based video game, used this building as the basis for one of its stages. Tekken was a popular title in arcades and the original Sony PlayStation. In later editions of the game, the actual stadium name was removed and the location was simply called “Stadium.”

QVC Marine Field is about an 18-minute walk from the South Exit of JR Kaihin Makuhari Station (Keiyo and Musashino Lines, and also some trains on the Uchibo and Sotobo Lines). There are also numerous buses that run to the stadium from around the area, including the North Exit of the train station. 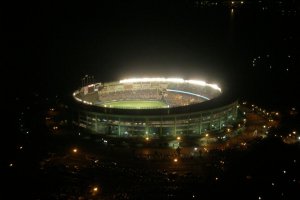 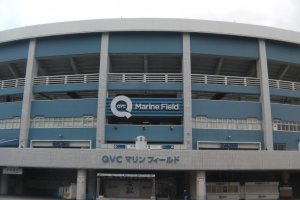 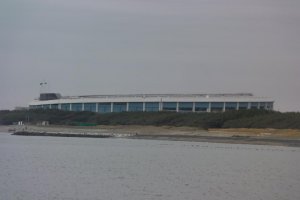 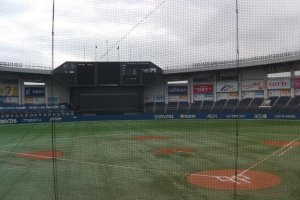 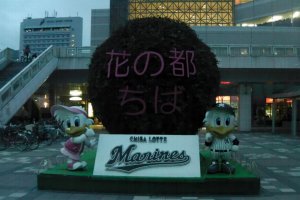 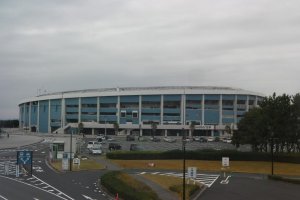