Head to one of Japan's least travelled places where much awaits

Being Japan's smallest island, Shikoku isn't the first place most first-time or even second-time travellers would consider for their itinerary. But the lack of foreign tourists compared to the main island Honshu creates a distinct old time charm that can be appreciated by those looking to visit another side of Japan.

Shikoku is separated from Honshu by the Seto Inland Sea and consists of four prefectures — Ehime, Kagawa, Tokushima, and Kochi. This six-day plan will bring you across the first three prefectures, and if you have more time, you can definitely include Kochi in the plan as well.

Begin your journey to Shikoku by cycling across the 70km-long Shimanami Kaido expressway from Onomichi in Hiroshima to Imabari in Ehime. You can either split this into two days by taking your time to visit the six islands between the start and end point, or finish the entire thing in one go. Return the bikes at Sunrise Itoyama or at JR Imabari Station (a further 5km).

As an average cyclist, I finished the distance in 7.5h, in time to return the bike at Imabari Station before the shop closed. For beginner cyclists, this might not be the best option as the accumulated fatigue might be too much for a day. If you finish in a day, plan to have your accommodation in Imabari and give yourself a pat on your back for completing the gruelling trip.

A well-hidden spot is always a great find and in Uchiko, there are rice terraces that offer a peaceful scene for those seeking serenity. The Izumidani rice terraces are a 30-minute drive (¥3,500 one-way by taxi) and you can spend an hour there in the early hours before heading back.

After lunch, head to Matsuyama to see Matsuyama Castle and enjoy a soak in Dogo Onsen — said to be the inspiration behind Hayao Miyazaki's "Spirited Away" film.

Move on to Takamatsu, the capital city of Kagawa, where the beautiful landscape garden Ritsurin Koen awaits. During spring, cherry blossoms burst into bloom, covering the garden in white and pink while the vibrant autumn colours appear in the latter half of the year.

Following that, take a ferry to Naoshima and spend the day cycling (if you're not worn out from the Shimanami Kaido), walking, or taking a sightseeing bus around this art island. Works from Tadao Ando and Yayoi Kusama are displayed around the island, arguably one of the icons of Shikoku. If you have more time, head to Teshima for more exhibitions.

Take a trip to Marugame, home of Marugame Castle — the smallest of the 12 original castles left in Japan. Its narrow interior gives off a homely feel and the castle grounds, atop a hill, provides a superb overlook of the city and the sea beyond.

Have a quick lunch at a shop selling Marugame's (and Kagawa Prefecture's) famous sanuki udon, characterised by its flat noodles and flavourful broth, before boarding a ferry at Marugame Pier to Honjima.

Honjima's main attraction is Kasashima, an old castle town. But I stumbled upon a large group of cats inhabiting the eastern part of the island on the way to Kasashima and the ragtag group was an attraction in itself. The ferry leaves around 90-minute intervals so make sure to board the last ferry if you plan to stay longer.

Following that, hop on a train to Kotohira where Konpirasan and its 1,368 stone steps welcome you. Until October 2018, the latter half of the trail is closed for renovations following a typhoon damage, but the first 785 steps will already make you sweat.

Day 5: Whirlpools All Around

Make your way to Tokushima, with Naruto being the first stop. There, the Naruto whirlpools swirl dangerously — but don't worry, you'll be viewing them either from a cruise or on the Onaruto Bridge observatory. These whirlpools are said to be one of the fastest in the world and are majestic up close on the sightseeing boat.

Day 6: Descend Into a Remote Valley

To cap off the trip, enter the Iya Valley, one of the most remote places in Japan. Much has been said about the Kazurabashi (vine bridge) and Peeing Boy statue, but did you know that farther in, there lies a village with more scarecrows than humans called Nagoro? Even farther than Nagoro is another pair of vine bridges with fewer tourists so you can take as many photos as you like at your own pace.

Of course, the usual attractions are fantastic and should not be missed. It is recommended that you rent a car for this as buses are infrequent. Or you could hitchhike — a regular option for travellers who venture deep into the valley.

As a whole, Shikoku is somewhere you should only go if you are happy to make quick decisions as even with some planning, the public transport system isn't as convenient as those in Tokyo or Yokohama. Be prepared for a (at times) physically strenuous trip but don't let that deter you from visiting one of the hidden gems of Japan. 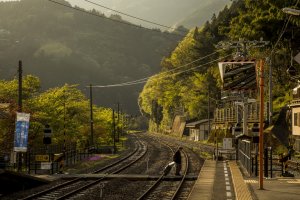 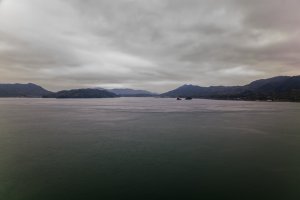 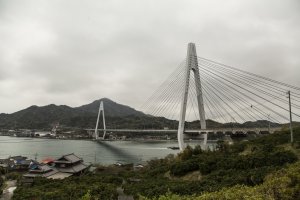 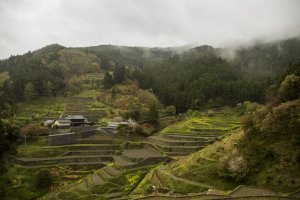 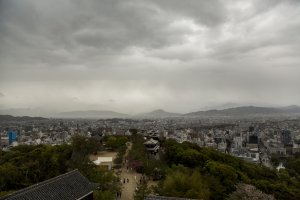 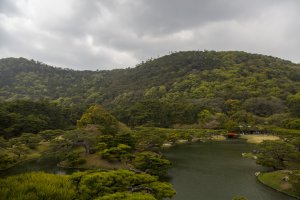 Ekaterina Bespyatova 4 years ago
For people with physical restrictions or who just don't have the stamina for cycling, Shimanami kaido can be done by bus - I did it a few years ago, getting on and off at different stops, in one day. Next time I'm planning to drive and stay overnight somewhere in the middle.
Reply Show all 0 replies

Elizabeth S 4 years ago
The views from Shimanami Kaido and the beautiful sand on the beaches of those islands are amazing.

My favorite island is Omishima, with Oyamazumi Shrine and the museum of martial treasures there.
Reply Show all 1 replies

Ignatius Koh Author 4 years ago
I didn't get a chance to properly visit the islands as we had to complete the entire route in a day, but some of the islands looked interesting enough to stop for a longer period!
Reply

Kim 4 years ago
I traveled here a couple of years back - loved it! So tranquil and definitely had an off the beaten path feel to it. I'd love to go back sometime and do the Shimanami Kaido cycling route - have heard so many great things.
Reply Show all 1 replies

Ignatius Koh Author 4 years ago
Shikoku is really such a peaceful place! It took quite a bit of planning and thinking on the feet to get around but I think that's what gives you more travelling experience. The Shimanami Kaido was quite a physical challenge to be honest but I think it's worth doing it at least once!
Reply
5 comments in total