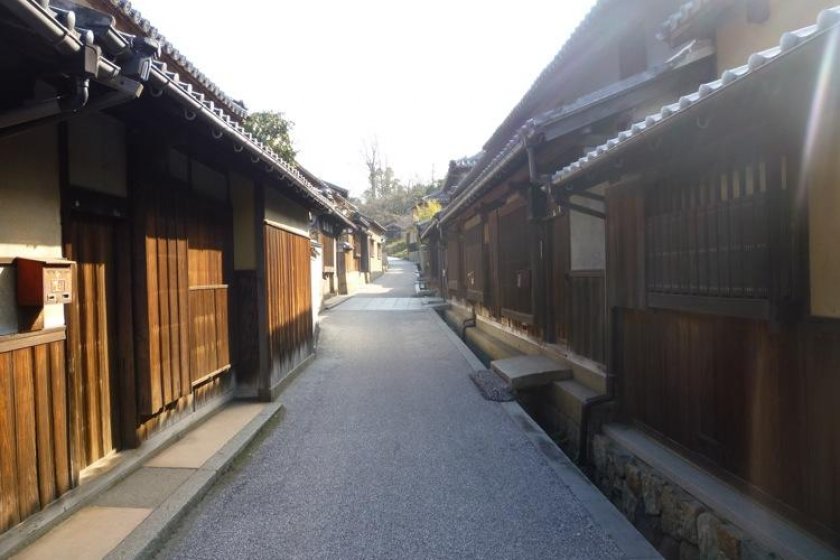 The Island Where Time Stood Still.

The streets of Kasashima, an ancient castle town (Photo: PPF)

Many travelers head to Kyoto to catch a glimpse of Old Japan, but a simpler, quieter, more rare and realistic experience can be found in Kasashima on Honjima, a small island in the Seto Inland Sea, and part of the Shiwaku Island group.

The former castle town’s well preserved houses and local scenery has been designated an Important Historic Structure Group Preservation Zone of some 13.1 hectares. Although the hilltop castle overlooking Kasashima no longer exists, below it, over 100 beautiful old houses built by the Edo and Meiji period Shiwaku carpenters line the narrow streets, providing a rare glimpse into old Japan.

Typical of a Japanese castle town, the streets intersect at odd angles and curve slightly, making it harder to attack and easier to defend. It also means there is a pleasant surprise in store around every corner for you and your camera.

Honjima and the surrounding islands were home to the skilled sailors known as Shiwaku Suigun, the samurai of the sea! They in turn were serviced by highly skilled boat builders, who later turned their shipbuilding carpentry skills to building strong, fine houses, many of which still stand to this day.

Some of the former homes are open to the public, and there are even a few places to stay, such as the 140 year old Yakatabune home, now transformed into a pleasant B&B styled lodging. Rooms are limited, and the fare is traditional Honjima styled, locally caught seafood. An overnight stay with dinner and breakfast will set you back about 8,000 Yen per night. The owner, Mrs. Takashima speaks not a word of English, but she’s a lovely old lady always willing to please. There is a restaurant near the port open most days, otherwise there are no convenience stores, cafes or shops on the island. Mobile phone services are sporadic too. There are no signs or information in English either. To get around, bikes can be hired near the port for 500 Yen each. Sounds ideal doesn’t it!?

Honjima once had a population of around 3,000 in its heyday, however the population has dwindled to a mere 450, mostly elderly residents. That being the case, it is still the most populated island in the Shiwaku Island chain. Despite its small size, the island has a lot to offer, apart from the former castle town of Kasashima, over 33 temples once dotted the island, and like many of the homes, Honjima’s many temples and shrines were built using sturdy traditional boatbuilding carpentry techniques. There is the old Edo Period magistrates office, now local history museum. Listed as a National Important Cultural Property, entry is only 200 Yen.

Apart from its wonderful history, Honjima also provides one of the best views of a modern marvel, the Great Seto Bridge, one of the world’s longest bridges, spanning the main islands of Shikoku and Honshu. The 13.1 kilometer span is the world’s longest two-tiered bridge system, with upper decks featuring two lanes of highway traffic, the lower deck being for trains.

Access is via twice hourly ferry boat from Kojima (Okayama Prefecture) on the mainland of Honshu, or Marugame on Shikoku. Either way it’s just under 1,200 Yen per ticket for the 35 minute ride on usually calm waters amongst the many hundreds of small islands and again, providing excellent views of the Great Seto Bridge.

Honjima’s residents are of old Japan too. Salt of the Earth, friendly, warm and outgoing, and fiercely proud of their history and heritage. 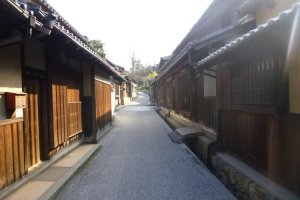 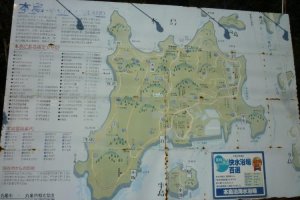 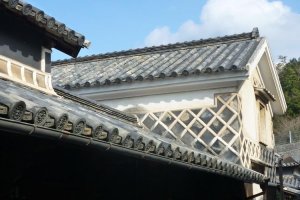 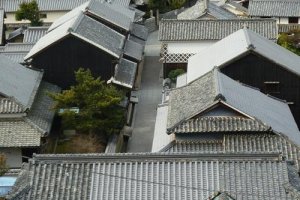 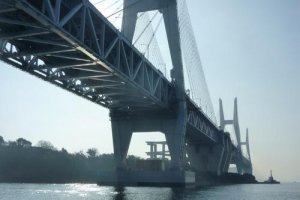 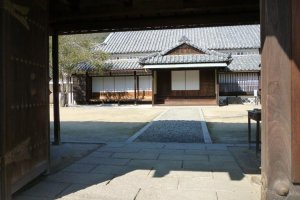 Bonson Lam 5 years ago
Great article Chris, and I love your little gems of insights, like the way the streets intersect at odd angles, making it harder to attack. I went to Naoshima and Teshima recently and I am sure every island here has its own special story.
Reply Show all 0 replies

Chris Glenn Author 8 years ago
Mandy, yes, I was lucky being able to visit here, and even a month later still feel the excitement of its discovery.
Telloyd, you won't regret the trip at all! The island is so quiet and peaceful. Mrs. Takashima's pic attached...
Paul, thanks for your comment. I'm sure your kids would enjoy island hopping, the ferry ride is most enjoyable. The trick would be in the planning, making sure you know what islands to visit, and the timing of the ferries.
Reply Show all 0 replies

Paul Walsh 8 years ago
So many great islands to explore in this area. I'm really hoping to take my kids on an island hopping trip in the summer.
Reply Show all 0 replies

JapanTravel Guest 8 years ago
I agree. Felt like making a plan to visit even as I read it. Would love to see a picture of Mrs Takashima...!
Reply Show all 0 replies

Mandy Bartok 8 years ago
What a find! This looks like a fascinating little town.
Reply Show all 0 replies
5 comments in total