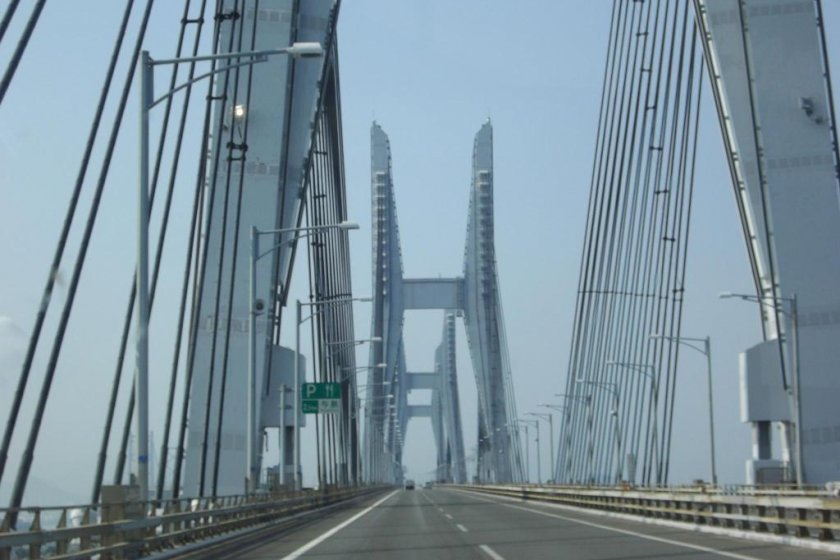 a view driving over the bridge (Photo: Judith Mikami)

The Seto Ohashi was completed in 1988 and is still the world’s longest two-tiered bridge, accommodating both cars and trains. The first time I saw it with my own eyes it felt like that scene in the movie Gladiator when the fighters came to Rome for the first time. "I didn't know man could build such things".

Actually, the story goes that the bridge was built to connect Honshu to Shikoku to avert the loss of life caused by the sometimes treacherous Seto Inland Sea weather. Many locals have told me that the sinking of the Shiun Maru in the Seto Inland Sea, which resulted in the deaths of dozens of elementary and junior high school students, pushed the Japanese government to connect the major islands by bridge or tunnel no matter what the cost.

The bridge is a portal with off-ramps that allow you to explore some of the islands that form its foundation. I took an hour long cruise around the Seto Inland Sea to one such island which also had souvenir shops and a go-kart course. On the Okayama side there is a popular lookout area with a good view of the bridge.

During my first time there I just happened to meet a retired Japanese couple and it turned out that the husband had been an engineer on the bridge. He was in town to visit as if it were a family member in another prefecture. According to him, like in the construction of the pyramids of Egypt and the Great Wall of China, families were uprooted and relocated to complete the Great Bridge.

There are still ferries that take passengers and vehicles from Okayama to Shikoku but the burden of moving people has shifted to the Seto Ohashi.

During the day the bridge impressively curves through the sea elegantly and at night is illuminated like a runway to Shikoku or a dragon with its legs half submerged. There are tour buses and local buses that will take you to the bridge but most important of all, don’t forget your camera! 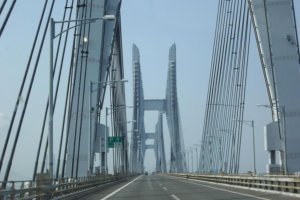 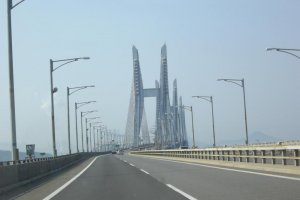 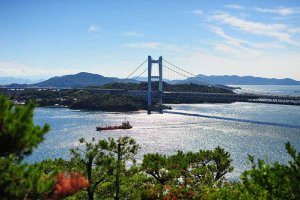 inasen 10 years ago
I wasn't not know Seto Ohashi Bridge has such history, I have crossed the bridge by bus and shinkansen many times. The view crassing the bridge is very beautihul.You can look large and biue sea. I want to look the view when I cross the Seto Ohashi Bridge.
Reply Show all 0 replies

mimuti309 10 years ago
I have acrossed the Seto Ohashi Bridge on my father's car.
Then,I was impressed with the beauty of the its view.
Besides,it plays an important role in our daily life.
It's indispensable for our life.

maimai 10 years ago
I did not know The Seto Ohashi Bridge was completed in 1988 and is still the world's longest two-tiered bridge,accommodating both cars and trains. I was surprised about this thing. Probably,I went to Seto Ohashi Bridge at I was a little child. But I do not remember it. So,I want to go Seto Ohashi Bridge with my friends. The sea elegantly and illumination is very fascinating! Surely,Ithink I'll enjoy it.
Reply Show all 0 replies
10 comments in total