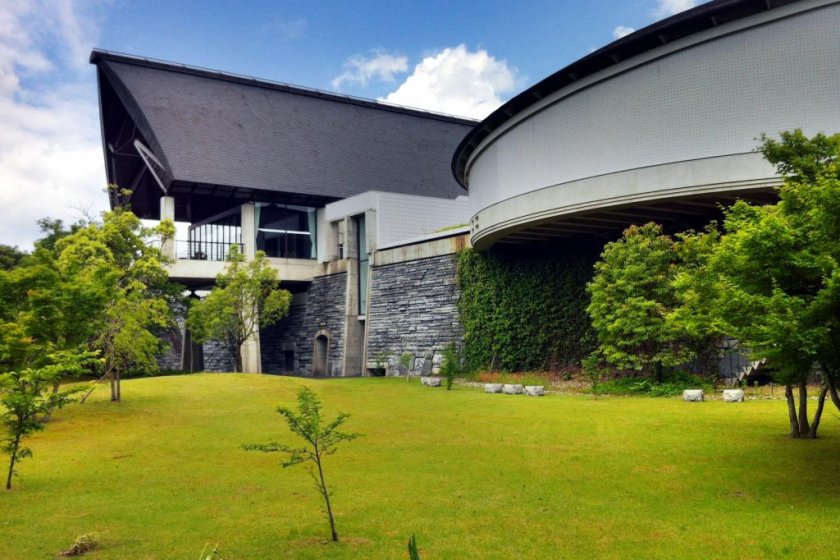 Simply one of the best museums in the prefecture

The lawns behind the Ehime Museum of History & Culture

Hidden away on a hilltop above the little town of Uwa is one of the best museums in the prefecture. The Ehime Museum of History & Culture is in a class of its own, for a couple of reasons.

First of all, the building itself is architecturally significant—it’s fascinating, both inside and out. From the car park, a tree-lined avenue takes you towards the cavernous entrance. Once you get up the stairs, the building reveals itself gradually. Through the plate glass to the right you can see two of the domed pods that form the exhibition halls. Turn a corner and you find yourself in an immense corridor with a crack down the middle that lets in light. Other corridors go off to the sides leading to window views of gardens with dwarf bamboo. I must confess that might heart sank—I was sure this must be another one of those deals where a handful of rather pathetic exhibits rattle around inside a big, pointless bubble-era facility.

How wrong I was. The first thing you see when you enter the first exhibition pod is a very realistic prehistoric thatched dwelling under a vast concrete dome. Attractive and engaging exhibits curve off into the distance. Real archaeological relics are artfully combined with reproductions, graphic panels and exquisitely detailed dioramas, so that although everything is in Japanese, it’s very easy to understand what you’re looking at. As you move around, various relevant sounds are played—the chanting of sutras for example in the section covering the rise of Buddhism in Shikoku, or festival drums in the section on castle towns.

There are four rooms covering the Prehistoric Period, the Middle Ages, the Edo Period, and the modern period respectively. A little corner of a town is recreated in the final room, complete with a whole tram. In museum terms, this is something of a bravura performance. There were quite a few young couples with little children in tow, and I didn’t hear a single whiney voice pleading “Can we go now?”. The kiddies were in awe, and so was I.

Besides the archaeological section, there’s a dramatic display of Ehime’s various festival paraphernalia. Regular special exhibitions are also held. When I went, they were doing a retrospective of Licca-chan dolls, Japan’s answer to Barbie. I enjoyed this more than I expected, and by the end, I was nearly ready to join the little girls in the special play corner with the Licca-chan coloring sheets and doll’s house.

Allow yourself at least two hours to see everything. When you’ve finished, I recommend walking around the outside of the building from the left. You can also walk down to the historic Unomachi area from behind the museum, although it’s a steep climb back up. 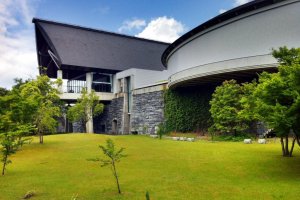 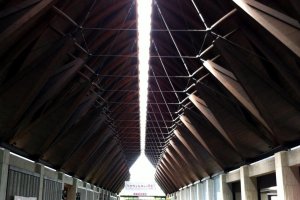 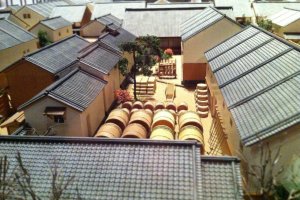 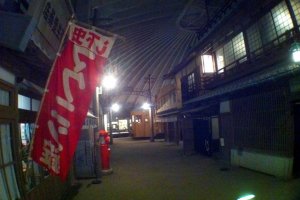 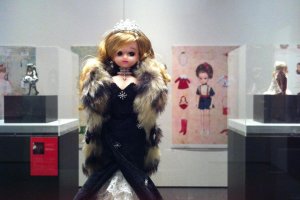 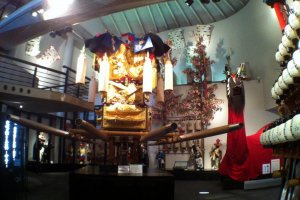