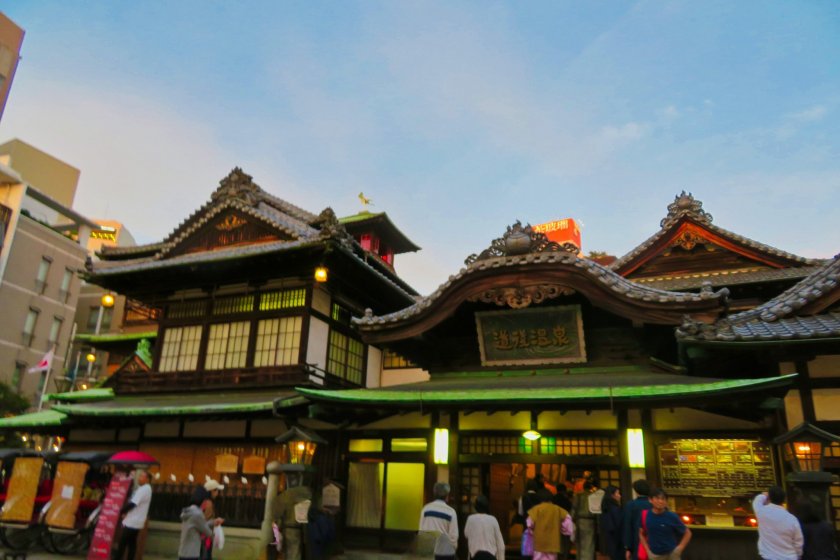 On a chilly rainy October morning we left Yokohama and flew to Hiroshima, boarded a bus to Onomichi and then a second bus to Imabari. The bus carried us across the Seto island sea seven bridges leading to Shikoku. While crossing the bridges I was humming the Eagles “Seven Bridges Road”. When we reached Imabari there was a two-hour slot before the train left for Matsuyama. What do you do with two hours free time? Walk on over to Imabari Castle.

Built in 1602 by Todo Takatora, considered to be the greatest Japanese castle builder, he made this one for his personal use. The grounds were nicely landscaped, especially around the moat. This was such a nice diversion before heading to our destination, Matsuyama.

Arriving mid-afternoon we headed to the Dogo Onson area via tram. It is only 3 kilometers from Matsuyama Station to Dogo Onsen and it took almost 90 minutes to arrive. The tram stopped at every traffic light and each station was just beyond the lights. Not very efficient, but we enjoyed the ride anyway.

It was nearing three p.m. and a lady we met on the tram told us to stop in front of the Botchan Karakul Clock. We did and were entertained for several minutes as the clock came to life with scenes from Soseki Natsume’s novel “Botchan”.

Just up the hill from Dogo Onsen were our accommodations for the evening, Hotel Katsuragi Spa Resort. A little bit pricy, but the room rate included dinner and breakfast. Dinner was a traditional Japanese meal with a Snapper theme and it was excellent.

While it was still daylight we decided to walk over to Matsuyama Castle, taking the chairlift up and the cable car back down. Since 2009 we have visited over 20 castles throughout Japan. This one was very spacious inside with steep stairways leading to a 360 degree view at the castle tower. Built in 1603, Matsuyama Castle has a long and rich history with many historic artifacts on display. You can even lift a sword to discover how heavy they were for the samurai.

Just before our dinner reservations Miwa headed downhill to Dogo Onsen, the 3000 year old hot spring. Not only is it the oldest onsen in Japan, but also the only imperial bath for exclusive use by the Emperor. We were not allowed to take pictures inside, just the entrance hallway. Strolling around the Dogo area every fourth person was wearing a Yukata and sandals, making the atmosphere a little like old Japan.

At Dogo, the tram station is a very unique Starbucks with an interior that includes furniture made from pieces of the original Meiji period station.

In the morning before leaving Matsuyama we walked over to Dogo Park, which includes the Yuzuki Castle Ruins. A short hike up the hill rewards you with a panoramic view of the city.

There are many other attractions in and around Matsuyama such as, riding the Botchan train, using the footbath at the base of the Botchan Karkuri Clock, Okaido the city’s largest shopping arcade, many shrines-temples, and excellent bike courses for cycle enthusiasts.

When planning your Shikoku trip be sure to include several days in Matsuyama. 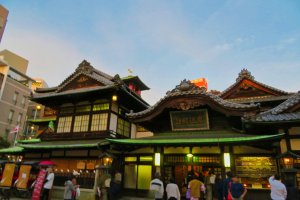 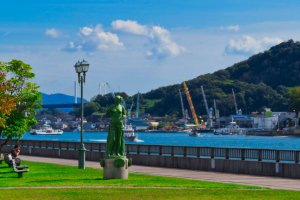 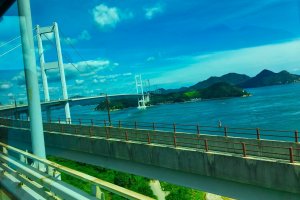 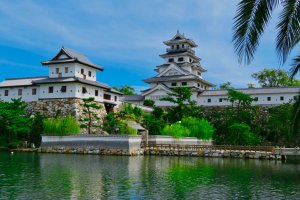 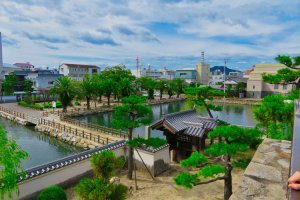 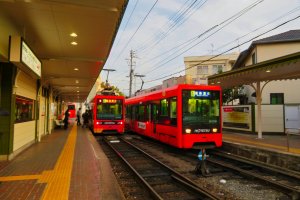 Kim 2 years ago
That has to be one of the most charming Starbucks in Japan, without a doubt!
Reply Show all 0 replies

Elizabeth S 2 years ago
Matsuyama City is charming, and I also recommend a few days there as a side trip from Hiroshima or on the way to Kyushu.

Matsuyama Castle has been lovingly restored. Sunrises and sunsets over the city from the castle park are gorgeous.
Reply Show all 0 replies

Sleiman Azizi 2 years ago
Travelling to travel. I like it. The view from Imabari Castle looks great.
Reply Show all 0 replies
3 comments in total