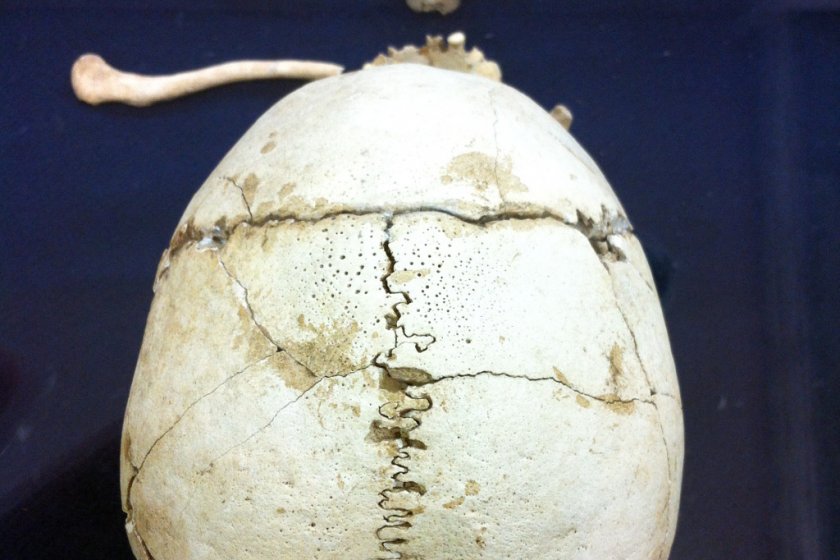 Skeleton of an adult female

Mikawa is a place that’s barely a place at all. It’s a tiny settlement on the Kuma River which flows through an area called Kuma Highland, a mountainous place south of Tobe. There’s a town office, a Junior High School, a Road Station, a gas station—and a peculiar little archaeological museum with human bones.

Mikawa means “beautiful river”, and the Kuma River is certainly that. It tumbles and winds along a rocky bed through deep wooded valleys. In 1961, some of the earlier inhabitants of Mikawa were discovered by a pupil of the modern day Junior High School, lurking behind an outcrop of rock near the river. They were buried with various artifacts in a site dating from the Jomon period, about 14,000 BC to 300 BC, at a site now known as Kamikuroiwa. The Jomon were hunter-gatherers who made pottery patterned with rope marks, as well as little pornographic stones carved with some of the very basic elements of womanhood, if scholarship on the subject is to be believed. They also made arrows out of various materials for hunting and killing animals. And also each other apparently.

The museum has a number of human remains including a fairly complete adult female skeleton, a couple of crania belonging to young children, and a hip bone that was pierced by an arrow head made of bone. The hip belonged to a woman. Frankly, the arrow head doesn’t look sharp enough to pierce a paper bag. But there it was, stuck through this poor lady’s hip. What happened is anyone’s guess, and judging from the explanations posted alongside the exhibit, the guesses have been about as educated as what you or I could come up with.

The Kamikuroiwa Archaeological Museum and site are nothing much to look at on the outside. The site has been covered by an ugly roof and metal cage, through which you can make out a series of walled pits going up the hillside. But inside, the museum has some very interesting displays. The explanations are all in Japanese, but they’re interesting enough even if you can’t read the labels.

As I arrived at the museum, the curator in his wooly hat was outside poking at a rice paddy with a stick, and he bustled up apologizing to let me in. He quietly perused a newspaper as I looked around. I asked if I could take photos when he took the 100 yen admission, and he said “Oh yes, please do”.

Just upriver a few hundred yards is an old house with a thatched roof. It was moved here from another part of Ehime and designated an important cultural property. You can open the sliding door at the back, flick the light switch on the left, and have a slightly spooky time exploring its dark interior.

The museum and house aren’t major tourist attractions by any means, but I’m glad I stopped by anyway. 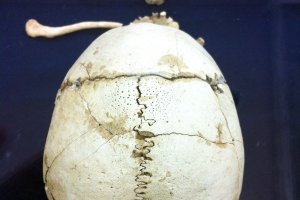 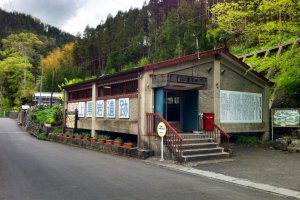 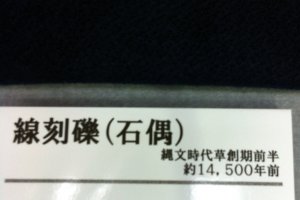 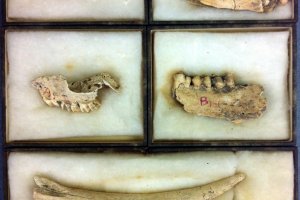 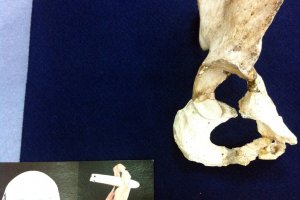 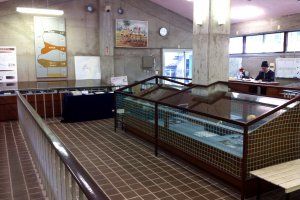