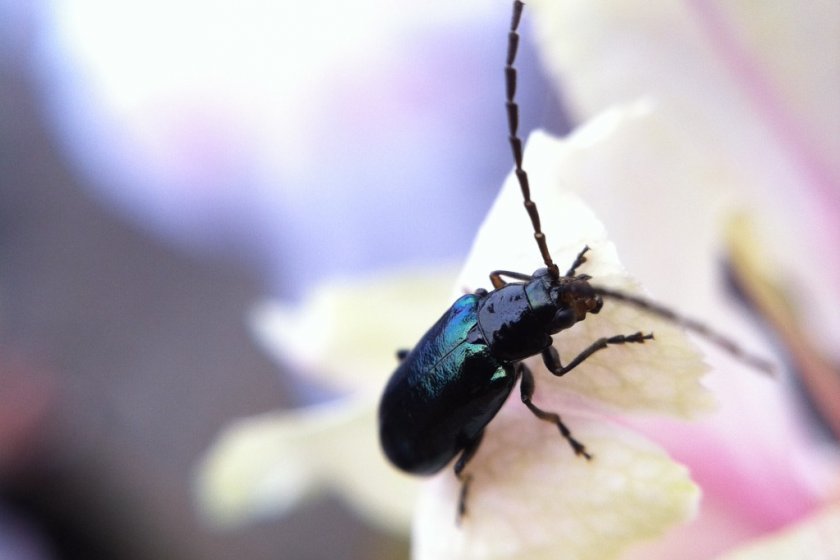 Temple No. 63 of the Shikoku 88 temple pilgrimage

Spring in the grounds of Kichijo-ji

Kichijo-ji in Saijo is Temple No. 63 of the Shikoku 88 temple pilgrimage. Like Temple No. 62, it stands between busy Route 11 and the JR railway line, but with a bit more breathing room. Unlike its neighbor, it has a number of tall trees growing in its precincts, which give it a luxuriously leafy atmosphere. When I went in mid-April, the new spring foliage was a vivid green, making it particularly beautiful. There’s also an unusual type of cherry blossom with green-tinged blossom, and this was in glorious full bloom. Adding to the gaiety of spring were rows of planters beside the paths containing multi-colored tulips.

Every temple has a votive image representing something of Buddhist significance, and Kichijo-ji is unique in having a Bishamon statue. Bishamon is one of the Seven Lucky Gods revered in Japan. They originated in India and China from various Hindu and Taoist backgrounds. Bishamon’s wife is Kichijo, and the temple takes its name from her. Bishamon is a warrior who serves as guardian of the places where Buddha preaches.

To enter Kichijo-ji, you cross a stone bridge over a tiny stream. There are two rather jolly stone elephants guarding the bridge, and I saw a number of elderly pilgrims bang their shins on them as they surged through the gate from their bus. Immediately to the right of the gate is a little eight-sided building with a rather Chinese air about it which holds statues of the six lucky gods other than Bishamon. You can lift up the curtains concealing them to enjoy their caricature-like features.

Every temple on Shikoku’s pilgrimage route has a building called the Daishi-do to venerate Kobo Daishi, the founder of the pilgrimage. The one in Kichijo-ji has been fitted with new doors recently and the lighter-colored wood gives it a motley appearance. The Main Hall or Hondo has some pretty carving around its porch.

In the grounds of the temple, you’ll see a stone with a hole in it. It’s said that if you put your kongozue or pilgrim’s staff into it, your prayers will be granted. If you don’t have a staff with you, you could try thrusting a limb into the hole, but the results can’t be guaranteed.

Kichijo-ji is one of five pilgrimage temples located relatively close together in Saijo. The others are Yokomine-ji No. 60, Koon-ji No. 61, Hoju-ji No. 62, and Maegami-ji No. 64. If you visit on a weekend, you’ll encounter large parties of pilgrims arriving by bus. 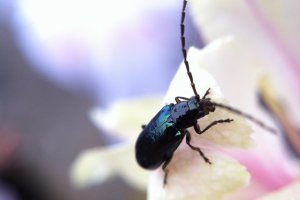 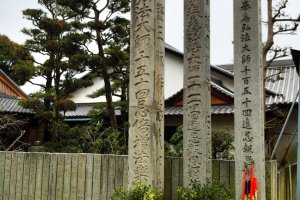 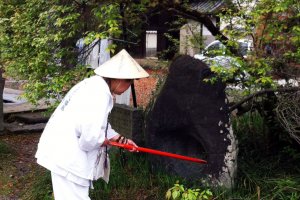 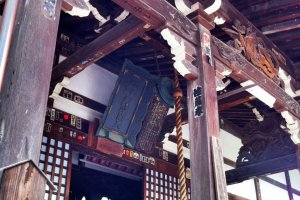 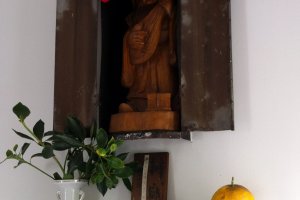 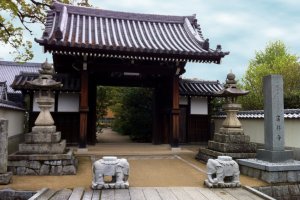