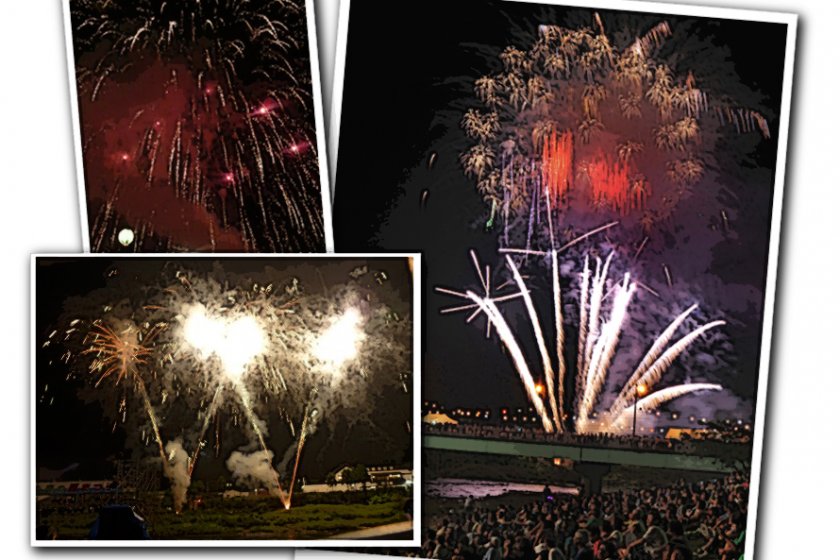 Mid Aug
Photos can hardly do justice to the amazing noise and impact of the performance
Venue: Niji-no-Mori-koen When: Mid Aug 2021

You’ve probably heard about the Japanese passion for fireworks. You may have heard that this or that place is ‘famous’ for its fireworks. For example, the PL religious organization in Osaka boasts of their fireworks display, “This has now become one of the world’s largest yearly displays of fireworks, with over 120,000 pieces lit and launched (a typical fireworks festival will launch between 5,000 to 10,000 pieces)”. But so what? They’ve got the quantity, no doubt about it, but what about the quality? The question that the people of Mori no Kuni in the sleepy town of Matsumaru asked is this – is one firework set off right in front of your face worth twenty set off a mile in the sky? And they found that the answer is yes. Yes, it most certainly is.

The Mori no Kuni Summer Festival has come a long way in just a few short years. It used to be rather a lame affair, blocking the main bridge across the river, but otherwise not achieving much else. Gradually, the organizers introduced a series of stages for shows and dances in different locations. At the same time, they began a number of artful innovations with the placement of fireworks for the pyrotechnic display by which the festival reaches its climax.

These innovations have brought more people, so that now, the little town heaves with folk in yukata and other traditional summer festival gear, and the number of stalls along the bridge and river seems to increase each year. The music shows can still be rather bucolic, not to say embarrassingly bad. I remember watching some Japanese rappers with their trousers round their knees doing a number about the summer holidays. “I say’d it’s a rong, a rong, a rong vay-kay-shon!” they droned. Rather ironic really, considering that most people only get a few days off over the summer, but never mind. Meanwhile, the no-see-um bugs in the grass bank where everybody sits went to work (Red ants? Blackfly? God knows, but the itch lasted a week afterwards.) The rapping boys were followed by some taiko drummers who are invariably good value, wherever they happen to hail from. But after a while, everyone’s ready for some fireworks, and they’re timed to start just on the last beat of the drums. So people who know what’s coming are braced for it.

Those who aren’t braced for it are likely to overturn their beer in their lap, because suddenly, the whole riverside erupts like some terrorist outrage. It feels as though you’re right in the middle of a war. The river bank is lined at the water’s edge with a novel type of firework that spits balls of white fire into the air and sounds like a machine gun. Then from several different locations behind you, the mortars launch massive bombs that burst right above your head, leaving ash on your clothes. There’s smoke everywhere and people looking this way and that in bewilderment, wondering where the next onslaught is coming from. It’s quite awesome. And there may not be 120,000 rounds, but there are plenty. I’ve never experienced anything like it, anywhere. When it’s over, the people are invigorated. Their summer vacation may not have been very long, but it was intense, and memorable. 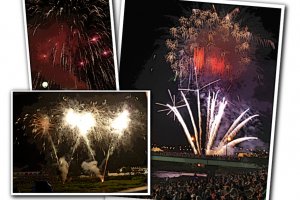