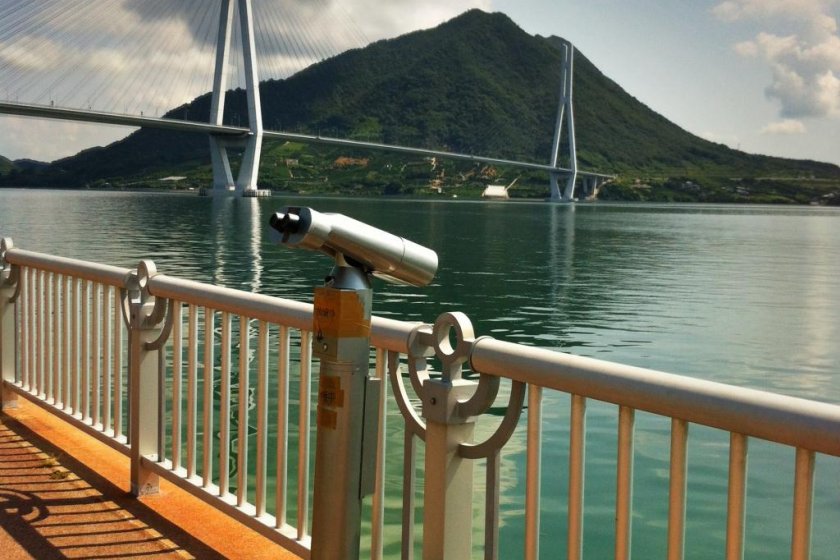 One of two Road Stations on Omishima

The view from Tatara Road Station

The Shimanami Kaido is a highway that crosses the Seto Inland Sea between the prefectures of Ehime and Hiroshima. Spectacular bridges straddle the sea passages between a string of islands ranged conveniently between the larger islands of Shikoku and Honshu. This is a truly amazing route, whether for drivers or cyclists. The highway is fascinating in itself, and the constantly changing views of the sea and mountains are like nowhere else. At some point though, you’ll need to stop for a break, and Tatara Michi no Eki on the island of Omishima was made for that purpose.

Road Stations are government-designated rest areas found along roads and highways in Japan. Besides providing places for travelers to rest, they’re also intended to promote local tourism and trade. Shops sell local produce, snacks, souvenirs, and other goods. There's another Road Station in the middle of the island, the Shimanami no Eki Mishima.

I drove to Omishima from the Ehime side on a glorious summer day, and found the Tatara Road Station close to the down ramp from the highway. When I got out of my car, I was struck by a wall of rather awful music blaring out of speakers strapped to the trees. It was much too loud and seemed to echo off the landscape. This major gripe aside, Tatara is a fine place. Located right next to the sea, it affords a fine view of the Tatara Bridge to Ikuchijima Island in Hiroshima Prefecture.

There are clean toilets, an outdoor shop selling a range of local produce including a tempting variety of jam and honey, and an indoor souvenir shop. This shop seems to specialize in snacks and biscuits, as well as some rather cute goods featuring popular manga cartoon characters. There’s also an indoor restaurant which serves fish from huge tanks in the atrium outside. Even at 11:00 in the morning, half the options on the menu were marked as sold out, but the remaining options looked good nonetheless. Outside, there are some stalls selling tempting fish burgers and drink sets at reasonable prices. You can also indulge in a soft ice cream for 250 yen.

Cyclists are much in evidence, and even if you go by car, you can park and rent a bike for 100 yen per day. On the hill above the Road Station is Tatara Observation Deck with a 360 degree view of the area. You’ll see a sea rescue helicopter on the way to the observation deck, parked next to a little museum of rural life. This is the Furusato no Ie. It’s free to enter and takes a couple of minutes, but it’s worth a look. 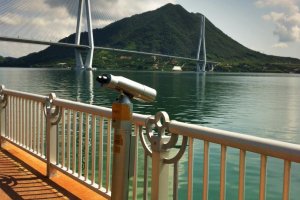 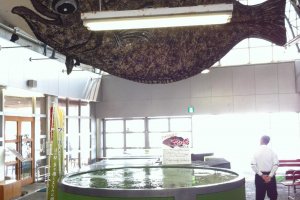 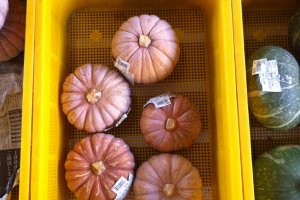