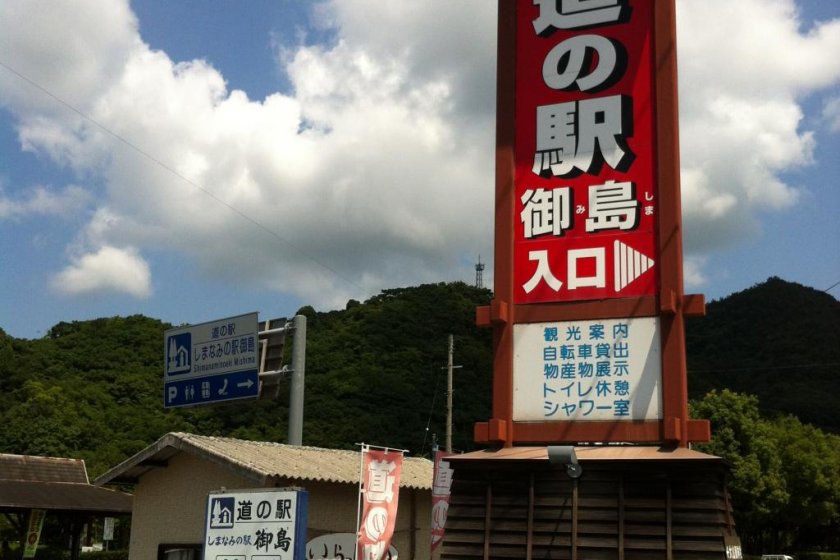 One of two Road Stations on Omishima

The entrance to the Shimanami no Eki Mishima road station

The Shimanami Kaido is a highway that crosses the Seto Inland Sea between the prefectures of Ehime and Hiroshima. Spectacular bridges straddle the sea passages between a string of islands ranged conveniently between the larger islands of Shikoku and Honshu. This is a truly amazing route, whether for drivers or cyclists. The highway is fascinating in itself, and the constantly changing views of the sea and mountains are like nowhere else.

I drove to Omishima from the Ehime side on a glorious summer day, and made my way to Oyamazumi Shrine which is located roughly in the middle of the island. After spending more than an hour looking around the shrine, I headed to the Shimanami no Eki Mishima which is right next door. This is one of two Road Stations on Omishima, the other being the Tatara Michi no Eki.

Road Stations are government-designated rest areas found along roads and highways in Japan. Besides providing places for travelers to rest, they’re also intended to promote local tourism and trade. Shops sell local produce, snacks, souvenirs, and other goods. Shimanami no Eki Mishima is unusual in that it doesn’t actually have its own restaurant, although there are plenty of other restaurants in the vicinity. To make up for the lack of a restaurant, the Road Station has showers and a room for snoozing in, both of which may be very convenient if you’re cycling the Shimanami Kaido. You can also rent and deposit rented bicycles here.

The produce shop was particularly well stocked. When I was there in the summer the fresh fruit and vegetable section had many varieties of watermelon on sale at very reasonable prices. I was also particularly taken with the big tubs of dried sliced vegetables which I’ve never seen before. There are also many souvenirs available, including prize-winning ceramics decorated with fish, and jewelry made of wood carved in the shape of birds and cats.

Some of the attractions within easy distance of the Road Station include the Utena Bathing Resort, the Omishima Art Museum and the Irihi Falls. 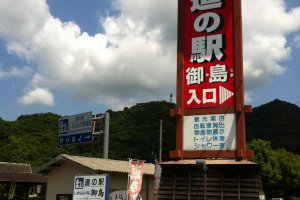 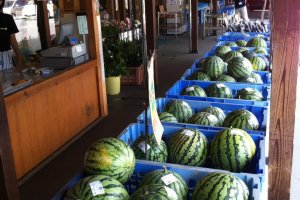 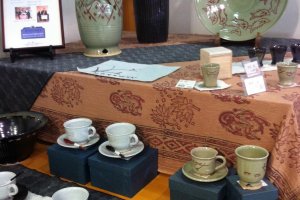