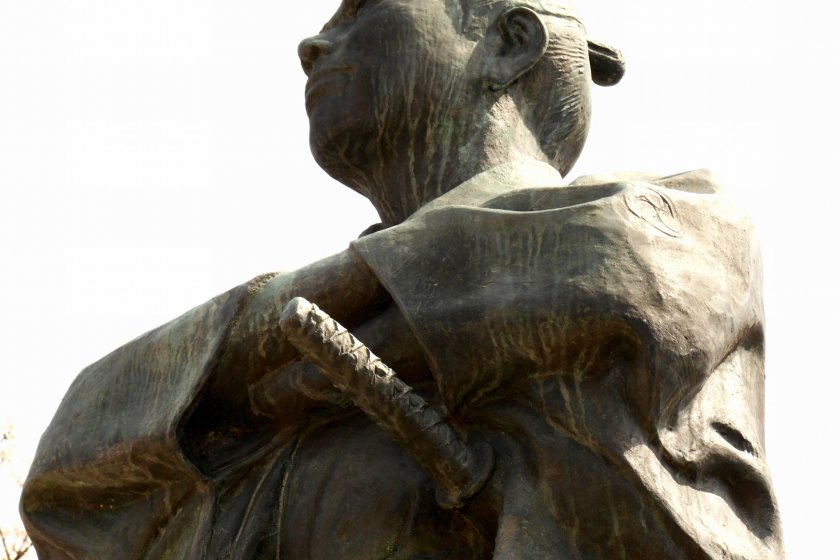 Sakamoto Ryoma is one of the famous, beloved heroes of Japanese history. He was assassinated just before the Meiji Restoration, but it had been well-known among history lovers that he visited Fukui about a week before he was killed in Kyoto. His last visit to Fukui had been only proved by the verbal commentaries of people who met him at the time, but recently, a letter he wrote about this last visit was miraculously found!

One day, the Japanese national broadcasting company, NHK, was interviewing people on the street for their 'Family Treasure Hunting' TV program. One of the people interviewed, a housewife in Kunitachi city, Tokyo, said she had a letter written allegedly by Ryoma, which her father bought at an antique shop long time ago for only 1,000 yen, and this letter had been kept under a small low table in her living room for years, forgotten. Intrigued, the staff of NHK had it appraised by experts, and guess what? It was genuine! It is said that the letter is worth several million dollars, and is going to be donated to the Ryoma museum in Kochi prefecture. You can see the actual letter on the museum's Homepage.

So, who was the person Ryoma met when he came to Fukui just before he was killed? It was Yuri Kimimasa. Yuri was the talented economist who restored and modernized the finances of the Fukui Han (domain). Ryoma thought Yuri was the only one who could carry out the modernization of the new government's finances (Meiji government), and came to Fukui to talk with Yuri about the future of modern Japan. Yuri had been 'suspended' from work at the time; any samurai with 'new ideas' faced more or less similar treatment before the revolution. When Yuri met Ryoma, Yuri was flanked by 'watchdogs', assigned to monitor Yuri's actions by the Fukui Han. Yuri cracked jokes about it and said to Ryoma, 'I'm such an consummate villain that watchdogs can't keep their eyes off me'.

Ryoma and Yuri were good friends, who shared the same thoughts and ideas about the future of Japan, and in the recently found letter Ryoma wrote to his colleague he said, 'Yuri is the only one who can handle the new government's financial matters'. After Ryoma was killed and the Meiji goverment was founded, Yuri was appointed to be one of the senior councilors, and took charge of the financial and monetary policy of the new Meiji government. He was also selected as one of the members of the Iwakura Mission, and traveled around the world to gain knowledge. In short, he became a big time politician in the new government!

Lastly, I'd like to introduce the heart-warming episode that proves his deep friendship with Ryoma. About a week after Ryoma visited Fukui for the last time, Yuri was walking along the banks of the Asuwa. At the time he had a letter from Ryoma in his pocket. Suddenly, a strong wind blew and carried away the letter from his pocket. That was the exact moment that Ryoma was killed in Kyoto! It is said that in his later years, he missed Ryoma very much and talked about him often.

A statue of Yuri Kimimasa, and a stone monument to Sakamoto Ryoma can be found in the center of Fukui city, at the foot of Saiwai-Bashi bridge, a 10-minute walk from JR Fukui Station 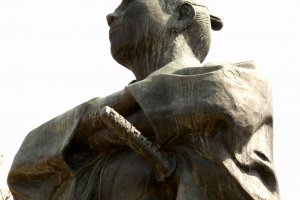 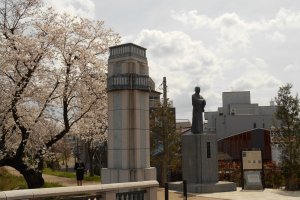 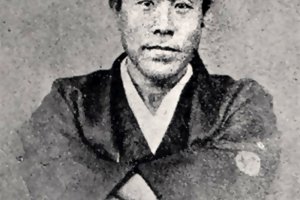 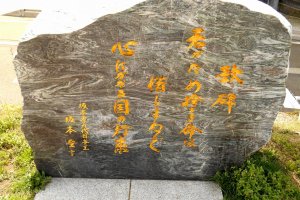 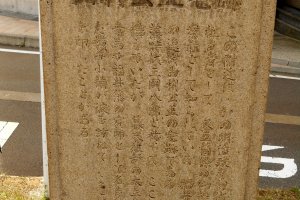 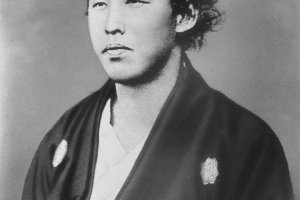