Hakata is now part of Fukuoka City but in the old days was a separate part of the area. Hakata dolls are world famous now and were originally crafted in the old Hakata, hence their name.

Some say that the production of Hakata dolls began in the 12th century. However, in 1900, the dolls appeared at the Paris World Exhibition and eventually received international recognition after the dolls won gold and silver medals at the 1925 International Exhibition of Modern Decorative and Industrial Arts, a world fair held in Paris.

Traditional Hakata dolls represented samurai, kabuki actors, dancing maiko, young women in kimono and children. The dolls sculptures were made with great skill expressing movement and painted in a very delicate style. Hakata dolls are made from high quality local clay in Hakata and their creation requires a number of steps.

Based on a sketch, a craftsperson makes a sculpture from plasticine before making a plaster mould that separates into two parts. Soft clay is then placed into the mould by hand with the two parts joining and placed into a kiln for firing. Once fired, the the doll is painted with matte paints, never using any glaze and varnish. These days, Hakata dolls were delicately painted with soft colours but in the past the colours tended to be much brighter. Due to their lightness, cotton gloves are uses when working on the dolls.

Hakata dolls vary by shape from rather simple ones to quite exquisite. Simpler models are mass produced and sold cheaply but even these ones are made to look beautiful. Famous masters of Hakata dolls make one-of-a-kind pieces of art with prices matching the level of artistic quality.

Hakata dolls can be purchased anywhere in Japan, but if you can, do try and purchase one from Hakata. There are special shops and studios of classes for painting Hakata dolls. I have few Hakata dolls in my collection and all of them are the gifts from my Japanese friends. 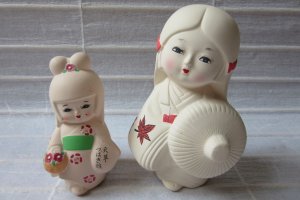 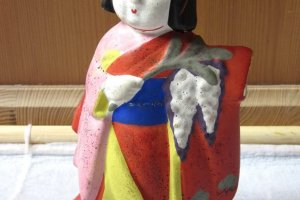 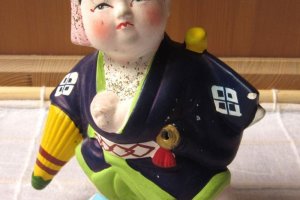 Elizabeth S 2 years ago
You can see a different aesthetic in the dolls from the past.
Reply Show all 1 replies

Elena Lisina Author 2 years ago
I keep the collection of Japanese dolls though the rest collection of about 2000 dolls I had to sell out.
Reply
4 comments in total