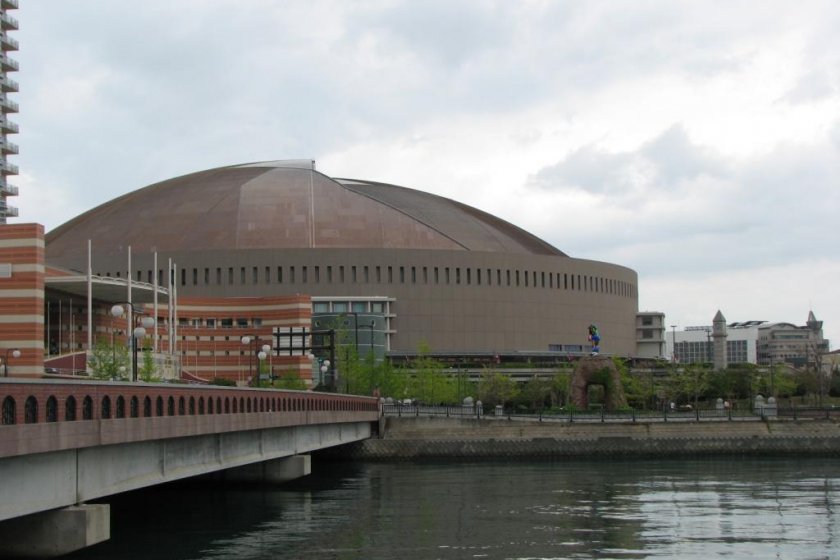 Featured in "Gamera, Guardian of the Universe"

Daiei Motion Picture Company's answer to Godzilla, the giant turtle Gamera, returned to the big screen after a fifteen-year hiatus in 1995 with Gamera: The Guardian of the Universe. The new series of three films was directed by Shusuke Kaneko, and it featured the superb special effects of Shinji Higuchi.

The first movie in this new series used the Fukuoka Dome as a prominent setting. The dome, which is Japan’s first retractable roof stadium, appeared on the big screen when Japanese authorities attempted to capture three Gyaos birds that were attacking villages on an island. The idea was to lure the birds into the stadium and close them in with the retractable roof. Gamera made his appearance at the dome after coming ashore from Hakata Bay to destroy the Gyaos birds. The benevolent monster hero succeeded in killing one while the other two escaped after Gamera partially demolished the Dome's roof.

The stadium opened on April 2, 1993 and was originally named the “Fukuoka Dome." It was renamed the "Fukuoka Yahoo! Japan Dome" on February 2, 2005 when Yahoo Japan purchased the rights. In January 2013, it was again renamed the "Fukuoka Yafuoku! Dome" to promote the Yahoo! auctions website in Japan. It's part of the Hawks Town commercial complex that contains a hotel and shopping mall in addition to the stadium.

The dome was designed with an ancient Roman Coliseum motif and allows optimal viewing for 48,000 spectators and a state-of-the-art athletic field. The retractable roof makes it an ideal venue for sporting events and concerts in any weather conditions.

While home to the Fukuoka SoftBank Hawks baseball franchise, it has 6,000 movable seats on both sides of the field, enabling a wide spectrum of sporting events to be held, including American football games and super motocross races. It is also a concert venue for big-name celebrities from Japan and abroad, including Whitney Houston, the Eagles, the Rolling Stones and Billy Joel.

Nearby, Momochi Beach and Fukuoka Tower are within walking distance from the dome, and the Fukuoka Hard Rock Cafe is just a courtyard away. Several hotels are clustered around the dome, and the shore of Hakata Bay is quite close.

Hours for the Fukuoka Yafuoku! Dome vary by event and game date. 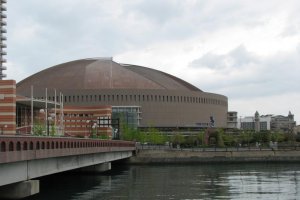 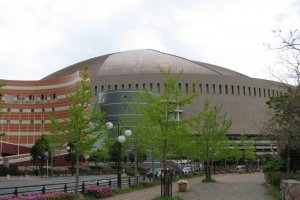 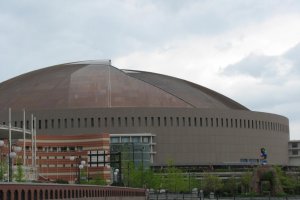