Tunnels of wisteria blooms the length of a football field—that’s why people from around the world come to this majestic garden hidden in the mountains of southern Japan each spring in late April and early May. The millions of tiny hanging blossoms meticulously arranged by the master gardeners here have achieved a level of fame that brings garden enthusiasts from around the world as well as a steady flow of casual visitors to Kawachi Fuji-en on the outskirts of Kitakyushu.

Wisteria, or fuji in Japanese, a wooden vine that can be found naturally climbing trees in the Japanese countryside, is cultivated to produce an otherworldly grandeur here. Although you can find many outstanding wisterias around the country, such as the giant of Ashikaga Flower Park, near Tokyo, dating all the way back to 1870, the distinguishing feature of this garden is its gorgeous tunnels of flowers.

These photographs are from a rainy day on May 3. Although wisterias thrive in sunlight, showers deterred nobody from coming, and cars lined up throughout the day to enter the park. The diffused light of such a cloudy day illuminates the flowers in a soft glow and makes for a magical sight among the mountaintops draped in mist.

Entering the first tunnel, with the overwhelming sensations of fragrance and vivid purples, pinks, and whites, people commonly become momentarily disoriented and forget the visitors around them. But getting lost in this fairy-tale place is kind of the point.

Twenty-two kinds of wisterias and a range of color can be found in the garden (more photos here and here, video here). You’ll also see just a few other flowers, as well as a surrounding background that includes a bamboo grove and some 700 Japanese maples (a spectacle worth returning to in autumn). Besides the two tunnels of 110 m and 80 m in length, there is also a pair of wisteria domes resembling igloos and two very large trellis arrays. In the latter, the flowers create a low ceiling of color with the occasional twisty trunks of wisteria rising up for support. Some of the vines among the 150 or so in total exceed 100 years in age.

The park is a private garden established in 1977. It charges a graded entrance fee depending on the state of the flowers, ranging from free outside of blooming season to 1,000 yen during the peak of the blossoms, coinciding with the holiday season known as Golden Week. It’s open from 8 to 6. New in 2016, you must purchase your ticket in advance (at a convenience store). This is to smooth the congestion for entry to the garden. You can also park for free at the hot spring resort next to the garden, Kawachi Onsen: Ajisai no Yu. 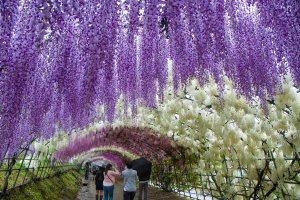 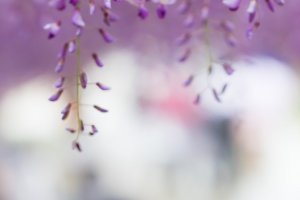 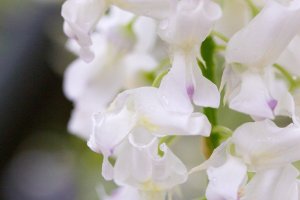 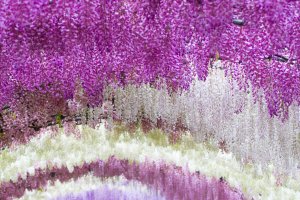 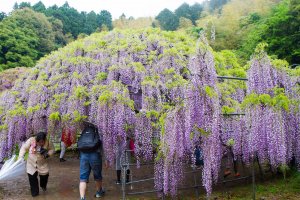 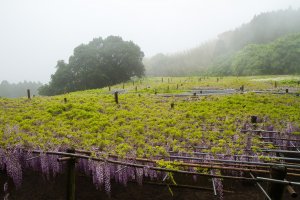 Tristan Scholze Author 5 years ago
In bloom now until around May 14! Don't forget you need advanced tickets (buy at Seven Eleven or Family Mart convenience stores). Shuttle buses are in service 4/22-5/11, 2-4 departures per hour from 9-3 at Yahata Station in Kitakyushu.
Reply Show all 0 replies

Bronwyn O'Neill 5 years ago
Wisteria in Japan is stunning, thank you for sharing!
Reply Show all 0 replies

Yuliya Boda 5 years ago
Such a beautiful place!
Reply Show all 0 replies
41 comments in total