I had no idea this existed before I saw it from the bus.

Approaching Aizu-Wakamatsu on a trip round Fukushima prefecture one time, I caught a glimpse of a giant white statue towering over the trees, but it promptly disappeared from view as we motored on. In the station information office, I discovered what it was - a statue of the Buddhist goddess of mercy in a garden park called Aizu Mura - and added it to my itinerary forthwith.

It is that statue that's the main attraction, immediately on the left as you enter the park. Fully 57 meters from her base to the top of her head, she's a serene, majestic presence, not marred by the small windows built into her. These you can look out of as you climb a staircase inside, passing display cases containing hundreds of tiny golden Buddha figures, and pausing as you go to enjoy the views of the surrounding countryside.

Meandering along the gently curving, downward sloping paths, I came next to a large reclining Buddha statue. Over thirteen meters long, this was originally brought from Sri Lanka, and apparently is representative of the last moments of Buddha's life. It's a little difficult to get a good look at the whole statue, because the niche where he is lacks the space to get far enough away, but it's still an impressive piece of work.

From there, you can stroll down the slope, past a handsome three-storied pagoda, into the main garden. This is very beautiful and tranquil (when they're not noisily mowing the lawn), crossed by a clear stream and designed around a large pond, that's crossed by a handsome, vivid red bridge, contrasting neatly with the vibrant greens of the grass and foliage. Off the main path at the edge there's a little cafe, where you can enjoy sweets or ramen while you admire the view (and, if you're lucky, be constantly topped up with free, fresh local pickles and vegetables).

The last thing to see is the museum, where you'll find an interesting collection of Buddhist statues and art, including one statue carved (according to the website) from a 2000-year-old Taiwanese cypress. There's a good range of items on display, variously beautiful, striking and unusual, and seemingly from different places around the Buddhist world; when I visited there was one amazing sitting Buddha state carved from a single piece of radiant green jade, and while the explanation was all in Japanese, the accompanying pictures (and some documents) were from a temple in Yangon, in Myanmar.

Aizu Mura is open daily from 9:00am to 5:00pm between April and November, from 10:00am to 4:00 in other months. Admission is ¥500, with discounts for groups, school age students, and physically disabled visitors and their carers. 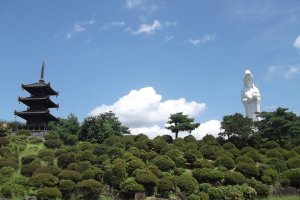 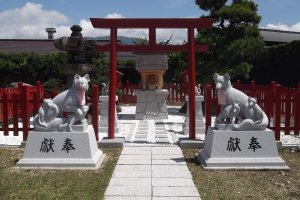 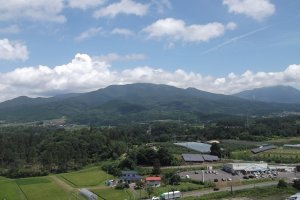 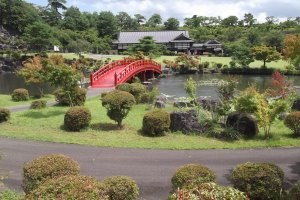 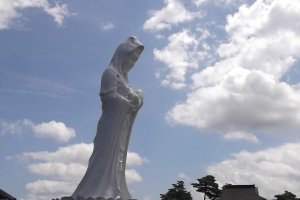 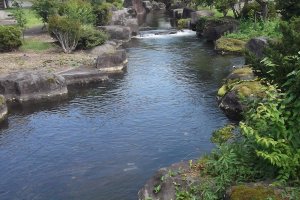 Elizabeth S a month ago
I could see the statue from the train into Aizu Wakamatsu City. She's huge. I had no idea about the garden. Next time!
Reply Show all 0 replies

Lynda Hogan a month ago
I had no idea this place existed either. Thanks for sharing.
Reply Show all 0 replies

Sleiman Azizi a month ago
That's quite an expansive looking location.
Reply Show all 0 replies

Kim a month ago
Beautiful statue, gardens, views - the entirety of it is lovely!
Reply Show all 0 replies
4 comments in total