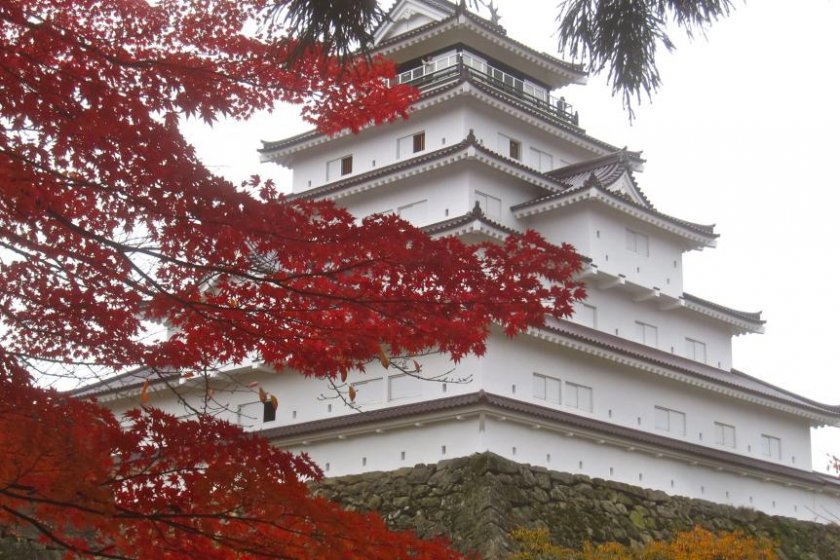 Remember the last samurai for this is where they fell

Near the honmaru entrance

The sun endeavored in vain to punch through the gray clouds that ran, uninterrupted, across the sky. Every now and then the wind would breathe a gust strong enough to relieve one of any object they did not cling tightly too. None of this was any bother to me or the many people around me. We were all here to see and enjoy Aizu Wakamatsu Castle. Our timing could not have been more perfect. Most of the various kinds of deciduous trees on the castle’s grounds were already alight with autumn’s unburning fire and those that hadn’t yet reached that point were quickly approaching it. The need to snap photos detained me often. I spent over an hour walking the whole of the grounds taking in all the beauty that I could.

Built in 1384 and christened “Kurogawa-Castle,” Aizu Wakamatsu Castle was the largest and strongest fortress in Tohoku. Kurokawa-Castle was captured by Date Masamune, Daimyo and founder of present day Sendai, in 1589. A year later the castle was absorbed by Toyotomi Hideyoshi, and renovated under his orders to the specification shown on the present-day keep, a 5-story exterior concealing 7 levels within. The castle was also renamed, “Tsuruga Castle” and placed under the control of the Matsudaira Clan, a branch of Tokugawa’s family. They ruled the Aizu area from the founding of the Tokugawa Shogunate all the way up until the Meiji Restoration.

Remember the last samurai? This is where they fell. Aizu Wakamatsu Castle was the site where the samurai of the Matsudaira Clan made their last stand against the Meiji government. On September 22, 1868, after a long siege that saw the Meiji army shell the castle with artillery, Katamori Matsudaira, the leader of the Aizu clan, surrendered to the imperial army. The conflict left the castle’s tower, and many of its other structures, riddled with holes from the artillery fire and structurally unstable, it was demolished in 1874. The present day concrete structure was built in 1965 and houses a very un-castle-like museum that, to be fair, does house a good collection of artifacts from the Aizu area. It’s viewing deck also has the best view I’ve ever seen from a castle (the autumn leaves might be responsible for that). Unobstructed views of the mountains on all sides - their forests lit up with autumn’s fire, Aizu Wakamatsu, and the castle’s grounds await you. I cannot entreat you enough to come during the peak of the autumn leaves. Sakura viewing at Aizu Wakamatsu Castle will be equally spectacular. Happy travels! 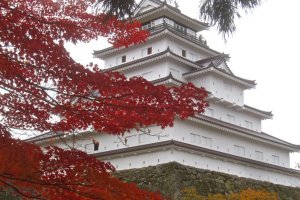 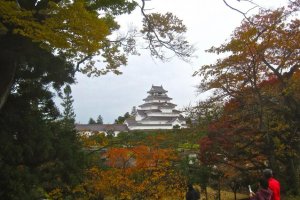 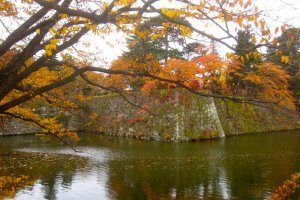 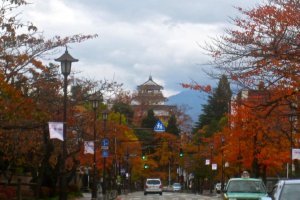 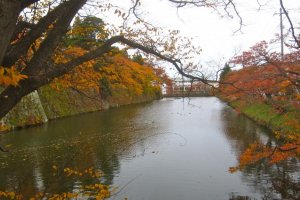 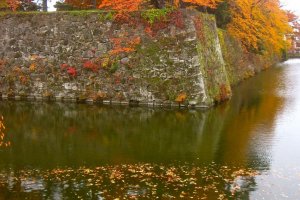 Selena Hoy 7 years ago
Also love the guides who dress up and offer to let visitors try on court clothes!
Reply Show all 0 replies

Stacy Kurokawa 8 years ago
This castle is also very beautiful around the end of April/early May (Golden Week), when you the numerous cherry trees on the grounds are blossoming.
Reply Show all 0 replies
7 comments in total