Nihonmatsu: A Day of History and an Evening of Sake

Exploring a Fukushima town rich in culture and cuisine

As the train hurtles towards Fukushima Prefecture on the shinkansen from Tokyo Station, it becomes very much clear that things are different the more you ascend the slopes and mountains of Japan's northern territories. The landscape morphs from the higgledy-piggledy urban chaos of Tokyo and Saitama into lush, verdant countryside and a palpable sigh of relief as all the cares and stresses of contemporary living dissipate into the clean, crisp air associated with the northern areas of Japan.

Nihonmatsu may not yet be a household name but it has every right to be. Packed with cuisine, culture, traditions and history, it's a beautiful and tranquil part of Fukushima and worth a day trip or weekend break. It offers a new and enlightened experience of Japan, one that most tourist guide books overlook.

With only a short train transfer at Koriyama Station (on the Tohoku Shinkansen Line from Tokyo) Nihonmatsu is surprisingly accessible. It also comes as a surprise for newcomers that it's renowned for being a bar hopping town. Near the station is a compressed few blocks crammed full of bars which makes Nohonmatsu a brilliant spot for booze hounds and those looking for a touch of nightlife outside of the ubiquitous major urban centers of Kanto. Offering a huge and diverse selection of drinks which utilize the best nihonshu (Japanese rice wine) in the country with some unique and delicious local food to soak up the alcohol. Nihonmatsu, then, gives visitors something different, a different face to northern Japan and an adventure which involves meeting new friends and new experiences.

It's probably wise to soak up some of Nihonmatsu's sights, sounds and history before soaking up the alcohol. Nihonmatsu is one of Fuskushima's "great castle towns" and a trip to the ruins of Nihonmatsu Castle (also known as Kasumigajo) is essential for any daytrippers. Officially designated as a historical site in 2007, the castle's history dates back to the mid 15th century and has become a premier spot for viewing Japan's multitude of blossoms including cherry blossoms, summer hydrangeas and the kaleidoscopic visual cacophony of koyo (autumn leaves).

Situated at the foot of the stunning Adatara mountains, Nihonmatsu Castle is surrounded by hills and has played host to many, major clans including the Hatakeyama, Date, Kato and Niwa clans. During the uprising and strife of the Boshin War which started in 1868, the castle became a strategic point for the Shogunate military and remains a focal point of local pride and culture.

With beautiful castle walls, gates and some stunning nooks and crannies, as you ascend to the top, the views become more dramatic as you see the surrounding landscape with small temples and shrines dotted throughout the hills. One of the temples you can observe from Nihonmatsu is the legendary Ryusenji which was originally built in 1320. Stunning, peaceful and innately spiritual, it offers visitors the opportunity to experience authentic Zazen meditation with some of the temple's monks. As you sit, with crossed legs, within the temple itself, in absolute stillness and silence for about 20 minutes, every earthly desire or trouble dissipates into the ether and you realize then that this is possibly the best way to live your life. Profoundly life changing and very much recommended, the experience at Ryusenji will stay with you forever.

After an afternoon of immersing yourself in history and culture, it's time to enjoy Nihonmatsu's renowned hospitality, cuisine and drinks. Begin your culinary experience at a makeshift pop-up dining location with an amazingly ornate and sizeable bento box inspired by the masu or traditional Japanese measuring box and paired with local, award-winning sake. This is a meal which you won't forget for a very long time. Showcasing the local produce and ethos behind the history and legacy of culinary culture here the box is wrapped in pure silk string with the box crafted decorated with Japanese lacquer and gold foil. The food inside is just as stunning and unforgettable and it comes with a story. "This obento is filled with harmonious flavors that have been perfected over a long period of time. Trying preserved foods (such as shimi-dofu and dried persimmons) that are unique to the region invites one to get to know the story of Nihonmatsu through its cuisine. The ornamental leaves freshly picked from the mountains also make for a beautiful presentation." The lavish menu includes assorted sashimi, Japanese omelet with seasoned cod roe, foil-baked salmon, roast beef, pickled vegetables and fruit. It's a real once-in-a-lifetime experience but be sure to leave some room for drinkies as you head towards the station area where literal blocks of bars await.

With around 30 bars to choose from, you'd need weeks to go through them all. So to start with we opted for the cheeky triumvirate of MEMORY, TEN and Dream. With a name like MEMORY, you'd automatically expect a bar full of morose nostalgia but the opposite awaits. A cheerful and welcoming bar with lovely owners and staff, this bar has a plethora of cocktails and other beverages on offer. We tried a matcha and sake cocktail served in a traditional masu which screamed all things Japan in one sip. The matcha aroma and color with the slight kick from the sake, it's a winner of a drink and should naturally be paired with one of the bar's most popular snacks which is made from sake lees imported from a local brewery.

A hop, skip and jump down the street is TEN, which could be classified as more of a Japanese snack bar. Much loved by the locals of Nihonmatsu, TEN is located on the second floor of a wee building and has a bar master who is unpretentious and loves a chat with his legion of regulars and newcomers. With a cocktail crafted from plum wine and sake, it's simple but refreshing and what you need after the slightly more complex matcha drink at MEMORY. TEN is a lovely, cozy place and well worth a visit and a few hours of your time.

Last up on our mini bar crawl is Dream. A spacious darts and cigar bar, it serves up some intriguing cocktails including one which incorporates "the story of tears" which tells the tale of a group of underage boys who went to war as soldiers during the Boshin War. This group named "Shonen-tai" fought bravely and the incandescent blue cocktail on offer at Dream conveys the color and taste of the community's tears.

Nihonmatsu, then, is full of surprises. From the bountiful history and culture of Nihonmatsu Castle and Ryusenji Temple to handcrafted bento boxes crammed full of local culinary specialities and bars specializing in great atmosphere, welcoming customer service and one-of-a-kind cocktails utilizing the local sake, it's a beautiful and curious peek into a part of Fukushima Prefecture which deserves to be on everyone's map.

I'm currently the editor of Tokyo Weekender magazine. I have also worked for many other English-language publications in Japan and overseas. 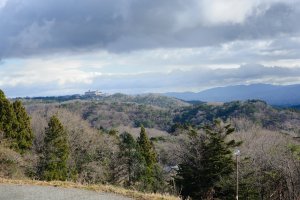 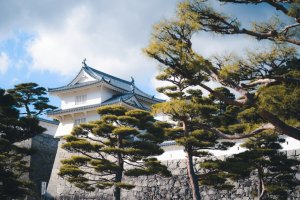 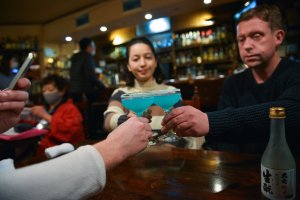 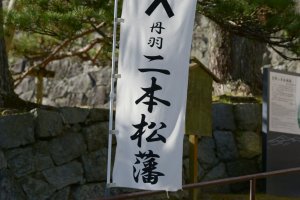 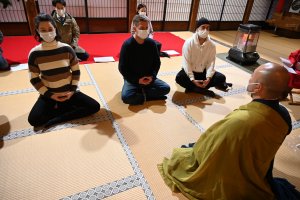 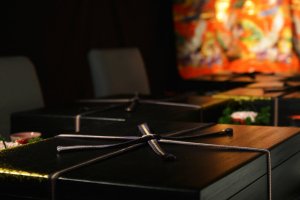 Kim 10 months ago
Sounds like a great way to structure a day!
Reply Show all 0 replies

Sleiman Azizi 10 months ago
I agree. The usual tourist spots are fine, for sure, but there is something extra about the non-brand name places.
Reply
3 comments in total