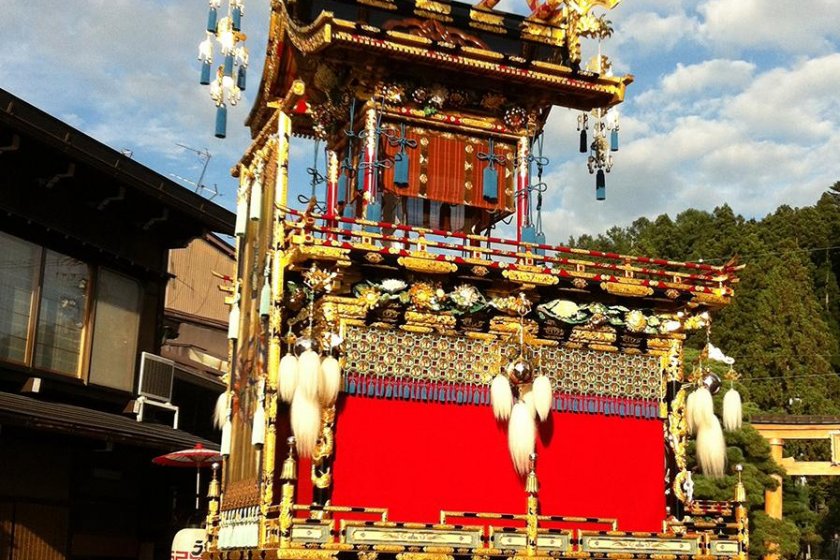 One of the Top Three Most Beautiful Festivals in Japan

In the spring and autumn, Takayama hosts one of Japan's most famous festivals. I was lucky enough in October 2012 to explore the fall festival; watching the night parade as the festival floats went by me, lit up by candles, paper lanterns, and camera flashes. I watched from the sidelines of a relatively crowded narrow street lined with homes and businesses and plenty of people from far and near.

Takayama has a collection of beautifully decorated Yatai, or festival floats. These are huge, heavy old wooden carts that stretch to around 20 feet (4.5m - 5.5m) into the air. It takes about 5-10 men to push and pull them through the streets, skillfully maneuvering around corners and down narrow streets (not to mention getting them into & out of their snug storage houses!).

Then I really lucked out and had the most perfect weather the following afternoon as I tried to catch the last few hours of the events. I walked around the center of town, breathing in the fresh mountain air, and quickly found several Yatai lined up on display near the Matsuri museum, and more others on display on the surrounding streets. It was a great surprise to turn down some small side streets and find them parked there. and the floats on display in the mid-afternoon of the last day of the festival. I also watched some of the shrines being maneuvered by hand, back into their storage buildings - it looked like a tricky task but it was handled expertly by the local men.

During the afternoon display, I also caught one of the live puppet shows - a few of the Yatai have marionettes built into them, and these ornate puppets are controlled by as many as 36 strings and 9 skillful puppeteers from inside the carts. This is just for 1 or 2 puppets and the show takes place suspended high above the crowd watching from the street - it’s especially interesting to watch when you know how many people are working together to get precise movements from the puppet dolls.

During the festival you can fill your belly with street food from the vendor tents that seem to stretch on forever along the river. You can find everything from seafoods grilled on a stick to enormous crepes and candied fruits, and even fries & chicken nuggets (and several items that I can’t even begin to try to explain or name!). The food tents are a great place to people watch, too- young families and local students still in uniform to other visitors checking out the unusual food options. If you are lucky enough to be in Japan during either of Takayama’s two most famous festivals, you should definitely try to catch at least one day of them. Just be sure to book a place to stay as early as you can because when the fest rolls around you will have a difficult time finding an empty room as the town gets full!

I'm a midwestern girl from Chicago who visited Japan on vacation in 2011. I spent the following year wishing I was back in Japan and was extremely excited to return here to live in April 2012. My home town here in Japan is Takayama, in Gifu Prefecture, and I love living in this beautiful mountain town, where I teach english & study Japanese, while I try to experience as much of Japan as possible!I write about my daily life as a foreigner living in Japan at www.ordtoanywhere.wordpress.com 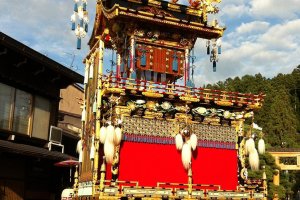 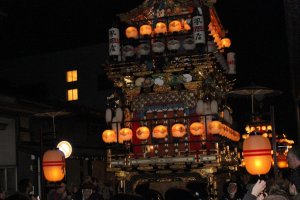 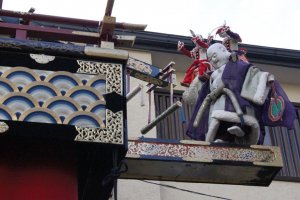