A National Special Place of Scenic Beauty in Tokyo

Where to find Japan's official beauty in Tokyo

There are numerous locations throughout Japan that have been listed on the Special Place of Scenic Beauty listing. Tokyo's lone representative on that list is Rikugien Garden and is considered one of the nation's most beautiful gardens. Here is a simple guide on where in Tokyo this nationally designated Special Place of Scenic Beauty can be found.

Originally designated in 1940 as a Place of Scenic Beauty, Rikugien Garden was then promoted by the Japanese national government to a higher support and protection category in 1953. Re-designated as a Special Place of Scenic Beauty, Rikugien Garden remains one of Japan's most exquisite examples of landscape garden designs and Tokyo's premier strolling garden.

Created at the turn of the 17th and 18th centuries by Yanagisawa Yoshiyasu for the fifth Tokugawa Tsunayoshi, the fifth shogun of the Ed period, the garden's central pond, surrounding hills and connecting walking trails drew their inspiration from the nation's traditional waka-style poetry. Eighty-eight scenes from famous poems were recreated within the garden with the garden's name, rikugien, stemming from the six principles of waka poetry. While the merging of literature and landscape is not uncommon, Rikugien Garden is thought to be Tokyo's most impressive example.

Passing from private hands to the city, Rikugien Garden was opened to the public in 1938 and features a grass garden south of the central pond and a river amongst the trees in the north. Views of the entire garden are possible from the Fujishiro Pass while a number of extraordinarily aesthetic bridges and rustic teahouses can be found dotting the pathways throughout. Impressively spacious, the gardens require a good solid hour or so to walk around in order to cover the entirety of its grounds. 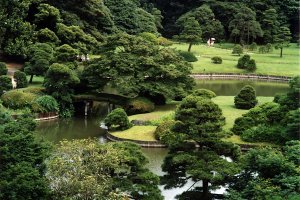 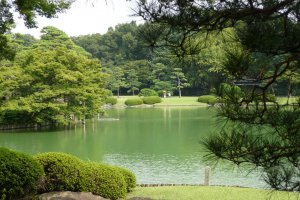 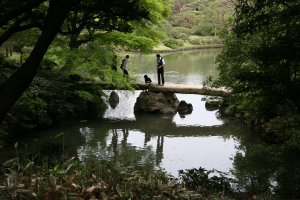 Elizabeth S a year ago
I've always wanted to see the hawk demonstration at new year at Rikugien.
Reply Show all 2 replies

Sleiman Azizi Author a year ago
That would be an awesome spectacle.
Reply

Bonson Lam a year ago
That sounds very impressive. I hope you can see it next year.
Reply

Sherilyn Siy a year ago
How could I have missed this place? I go to Bunkyo-ku all the time!
Reply Show all 1 replies

Elena Lisina a year ago
My favorite places! Must wait the opportunity to visit them again... :(
Reply Show all 1 replies

Sleiman Azizi Author a year ago
Yes, your favourite kind of place, right? Don't worry, you'll get to visit again.
Reply
7 comments in total
Back to Contents