One to two days in the gateway to western Japan

Fukuoka has long been Kyushu’s thriving economic center, a prefecture blessed with both mountains and beaches, flowers and festivals, and some of the country’s tastiest food. Long considered a gateway to western Japan, today’s Fukuoka welcomes foreign visitors while maintaining their unique Japanese identity.

If you only have one day in the prefecture, spend it exploring Fukuoka City itself.

From Hakata Station—Fukuoka’s main transportation hub—it’s only a 15-minute walk (or one brief stop on the subway to Gion station) to Kushida shrine. This shrine can trace its origins back to the mid 8th century and is still one of the most important sites in the neighborhood. Fukuoka’s lively summer festival, the Yamakasa Gion Matsuri, originates on the grounds here each summer and one of the floats – weighing over one ton – is permanently on display outside the front gate.

Head over to the Tenjin area to engage in a bit of retail therapy. Explore the many-floored department stores or wander the underground shopping complex of Tenjin Chikagai.

If the weather is nice, there’s no better place to spend a relaxing afternoon at Ohori Park. This sprawling green space in the center of the city boasts a pond, walking trails and a lovely Japanese garden at its southern end.

Take the subway from the northern end of the park to Nishijin station and walk 15-20 minutes to the modern waterfront area of Seaside Momochi. You’ll find plenty of dining options for your evening meal, but the highlight here is a visit to the Fukuoka Tower. Reaching a height of 234 meters and open until 10pm, you’ll be rewarded with fantastic views of the city and sea in both day and night.

Take the Nishitetsu line from Tenjin to Yanagawa, a journey of about 50 minutes. Yanagawa is a watery city, known for its 470 km of canals. You can enjoy a close-up view of the waterways while enjoying a boat ride through the canals – the boatmen who pole the craft along also entertain passengers with folk songs and local stories.

Unagi Seiro-mushi, or steamed eel, is a famous local dish in Yanagawa. Unlike the common grilled eel with rice, this Yanagawa specialty comes with rice mixed with traditional sauce and topped with sliced/grated egg. Each restaurant uses its own well-kept original recipe to create the best traditional sauce.

The Nishitetsu line can easily connect you in just under an hour to Dazaifu (with a transfer at Futsukaichi station). This city was once the administrative capital of Kyushu for over five centuries. It boasts the Dazaifu Tenmangu Shrine, dedicated to the Heian-era scholar Sugawara no Michizane and known for its stunning plum blossoms in early winter.

Dazaifu is also home to the Kyushu National Museum, opened in 2005. The exhibits focus mainly on the history and culture of Kyushu, with a particular focus on the region’s role as a cultural crossroads.

It pays to get an early start to explore the northern part of Fukuoka Prefecture. From JR Hakata station, trains run directly to Yahata in just under an hour.

Yahata station is the gateway to Kawachi Fujien, a private garden that becomes a stunning sight for two weeks in late April/early May when numerous tunnels of wisteria burst into bloom. During the peak viewing period, shuttles run directly from Yahata station to the garden. However, visitors have to make a reservation to enter the garden. If travelers miss the wisteria season, the garden can still be visited without reservation. For quick and convenient access, cars can easily be rented at Yahata station.

It’s a quick 30 minute ride north from Yahata station to Mojiko station, where the city’s old port has been preserved and rebranded as Mojiko Retro. The neighborhood retains a number of buildings that date from the Meiji and Taisho era, when Japan was opening its ports to international trade. Mojiko Retro’s numerous restaurants are the perfect place to grab lunch – don’t miss out on the local specialty of yaki-curry (baked curry).

The fascinating Kyushu Railway History Museum is housed in the old brick Kyushu Railways building, a short walk from Mojiko Station. The museum boasts numerous model train exhibits, as well as a host of life-size locomotives in their outdoor space.

No more than a quarter hour down the rail line is Kokura station, your destination to re Kokura Castle. The keep here was originally built in the early Edo Period, though today’s main tower dates to 1959. The surrounding parklands are a perfect place for a stroll in the beginning of April, when the area’s cherry trees are in full flower. 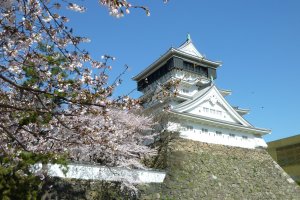 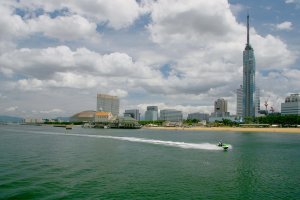 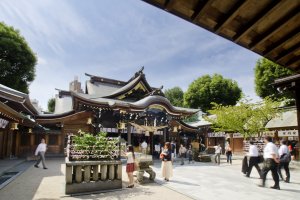 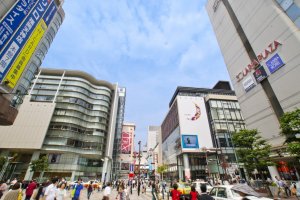 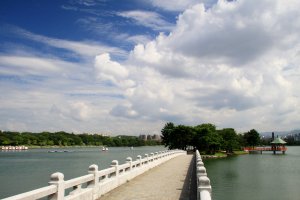 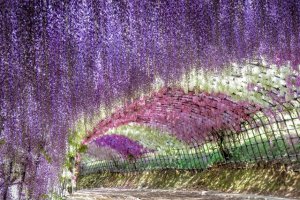 Elena Lisina 3 years ago
Sounds as a good trip, indded! I always dream of visiting Hakata.
Reply Show all 0 replies
1 comment in total
Back to Contents