Japan's Winter Blooms and Where to Find Them

Japan is a country where there's something beautiful to enjoy in every season - and that includes winter, too! There are a number of flowers that bloom at different points across the colder months. Read on for a summary of what's flowering when from the start of December through to the end of February.

Japanese narcissus, or daffodils as they are known as in many other regions, are one of the highlights of the winter blooming calendar. The best time of year to see the flowers in all their glory is in January and February, and there are numerous places to enjoy them, too! Awaji Island in Hyogo is one of the top spots for all things narcissus -- you'll find both the Nada Kuroiwa narcissus field and the Awaji Tachikawa Narcissus Farmland there. There's also the beautiful Tsumekizaki narcissus field in Shizuoka Prefecture, where around three million wild-growing flowers blanket part of the Suzaki Peninsula. Closer to Tokyo, Kasai Rinkan Park is also known for their narcissus, as well as a host of other flowers throughout the year.

Known as tsubaki in Japanese, camellia flowers have been revered since ancient times, and they bloom here from late winter through to early spring. If you're looking for a spot to enjoy them, there is the Tsubaki Nature Park in Tokushima which boasts an impressive 3000 camellias in 700 different varieties. The foot of Mt. Kasayama in Hagi, Yamaguchi Prefecture, also has a myriad of camellia trees growing there - it's a great part of Japan to visit for pottery lovers and history buffs!

Plum blossoms tend to be winter's last hurrah - they typically bloom from late February through to early March. Oft-overlooked in the excitement of the impending sakura season, plum blossoms have their own unique charm and appeal - don't dismiss them! There are plenty of places to find them across the country, from Kairakuen in Ibaraki, to Dazaifu Temple in Fukuoka, and Nara's breathtaking Tsukigase Plum Grove to name just a handful. If you need more recommendations, there are plenty of them right here on Japan Travel.

You may be thinking this is a trick entrant on the list, but you can find cherry blossoms in Japan during January and February - just head south! Okinawa's sakura are at their best right around this timeframe, and there are are a host of places where you can get your fix of them. Nago Central Park, Mount Yae (also known as Yaedake), and around the Nakijin Castle ruins are just several of them. There are also some spots on the Honshu mainland where you'll find early-blooming sakura in February, including the Kawazu area of Shizuoka. 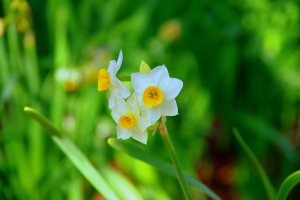 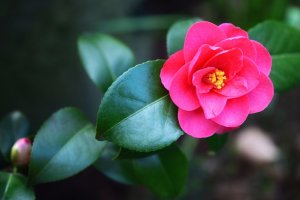 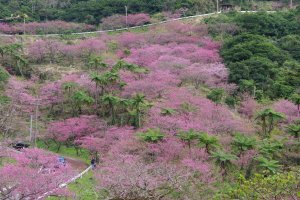 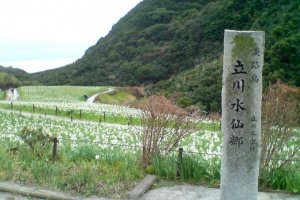 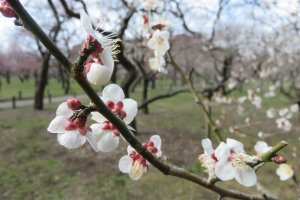 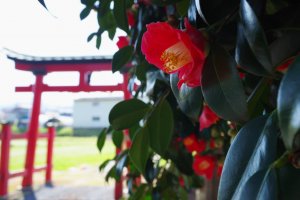 Bonson Lam 2 years ago
It is hard to pick a favourite, but I have a soft spot for camellia. It is also the name of a tea house in Kyoto.
Reply Show all 3 replies

Kim Author 2 years ago
Oh yes! I saw your piece about it :) https://en.japantravel.com/kyoto/camellia-tea-ceremony-in-kyoto/12926
Reply

Elizabeth S 2 years ago
And there are so many varieties of camellia. The red one in the photo is sazanka, right?
Reply

Bonson Lam 2 years ago
Thank you! Hope you can visit Camellia Tea House one day. And also, Camellia oil is a natural source of antioxidants and vitamins.
Reply

Luca De Pasquale 2 years ago
I was talking about these just yesterday ! I had the chance to see some at the Shinjuku Gyoen during my virtual tour !
Reply Show all 1 replies

Kim Author 2 years ago
Lucky!! It's so nice that Japan has something beautiful in every season. It's fun to have something to look forward to no matter the time of year :)
Reply

Lynda Hogan 2 years ago
Although not a winter bloom, peach blossoms, like plum blossoms, often get overlooked too. They are actually my favorite of the three! But its all about the sakura! They are of course very beautiful and worth the hype :-) We've some winter sakura in bloom in Saitama right now. I was so excited to see them!!
Reply Show all 1 replies

Kim Author 2 years ago
That's so nice that you can enjoy the winter sakura now! A much-needed small joy in 2020, I think!
Reply
8 comments in total
Back to Contents