Kita City Ward is a perfect reminder that not everything is as it seems. Green spaces running for kilometres along rivers, nature parks, cherry blossom heavens and a stunning relationship between east and west makes the parks and gardens of the city a most fascinating destination. Here is an introduction to some of the natural spaces of Kita and how to access them.

Located at the eastern end of an incredible 11km-long green space along the southern banks of the Arakawa River, Arakawa Akabane Park finds its own southern boundary bordered by the Shingashi River. In between these two waterways lies an incredible display of cherry blossom trees making a trip here during spring a delight.

A 10-minute walk from Akabane-Iwabuchi Station on the Namboku Line.

An 11-minute walk from Motohasunuma Station on the Mita Line.

Combining the best of both worlds, Kyu-Furukawa Teien Garden sees a French and Italian-influenced Western garden merge with a beautifully traditional Japanese garden. A rose garden, Western mansion and a pond shaped with the Japanese character meaning heart are features here. A measly JPY150 admission fee may well be the bargain of the year.

Family friendly Asukayama Park is one of Tokyo's oldest public paces. Enjoyed all the way back in the 18th century by the shoguns of the time, the park bursts with space, over 650 cherry blossoms, a couple of preserved railway vehicles and even a museum. A free monorail to the local station makes a visit even easier.

A 1-minute walk from Oji Station on the JR Keihin-Tohoku Line. 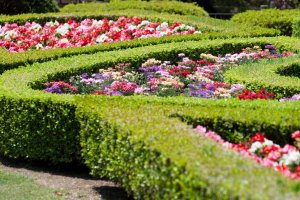 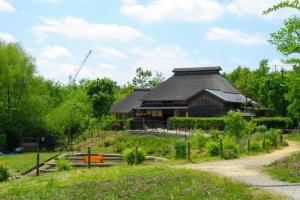 Elizabeth S 2 weeks ago
The Arakawa River has so many great cherry blossom viewing spots. And not that crowded.
Reply Show all 2 replies

Sleiman Azizi Author 2 weeks ago
Not that crowded which helps to make the experience all the more personal and, dare I say, memorable.
Reply

Elizabeth S 2 weeks ago
The most memorable cherry blossom experiences I’ve had we’re on the Arakawa River and well away from crowds. Just gazing quietly.
Reply
3 comments in total
Back to Contents