Just great for a day of strolling

Kita City in the Tokyo's north is great for a day of strolling, particularly in the central to southern areas surrounding Oji Station. With its semi-retro charm, Kita City features some fascinating shrines, curious festivals, beautiful public parks and neat local museums that all combine to make the area a budget-friendly place to visit.

Known for its 600-year old gingko tree - now a National Monument - Oji Shrine is said to be at least as old as its famous tree. The shrine hosts annual events throughout the year but is celebrated for its dengaku rice planting dance in August, one of Japan's most famous traditional dances.

Three minutes from Oji Station on either the Namboku or the JR Keihin-Tohoku Lines.

Oji Inari Shrine is famous for its foxes. If you are in the area at the turn of the year, make sure to check out the Fox Parade that sees lantern-holding participants decked out in fox masks and clothing parade through the evening streets.

Six minutes from Oji Station on either the Namboku or JR Keihin-Tohoku Lines.

A beautifully harmonised blend of cultures, Kyu-Furukawa Teien Garden includes a French and Italian influenced Western garden and a Japanese garden featuring a pond shaped with the character for heart. The rose garden and Western mansion just add to the beauty here.

A family friendly park in Tokyo, Asukayama Park is also one of its oldest having been enjoyed by the shoguns of the eighteenth century. Filled with space, museums and over 650 cherry blossoms, the park is also a draw for train buffs who will love the two preserved railway vehicles located there.

One minute form Oji Station on the JR Keihin-Tohoku Line.

A local museum, Asukayama Museum showcases the history of northern Tokyo with quite detailed exhibits stretching back to the ancient past. With the area long being famous for its cherry blossom parties, one particularly cute exhibit looks at bento lunch boxes from ages past.

Two minutes from Oji Station on the JR Keihin-Tohoku Line.

Philatelic fans will love the Banknote and Postage Stamp Museum. Located close to Oji Station, this free museum looks at the history of not only Japan's currency and stamps but international ones as well. A small museum, a visit makes a nice complement with the local park here.

Three minutes from Oji Station on the JR Keihin-Tohoku Line.

A small memorial to Kondo Isami and his Shinsengumi police force, the Kondo Isami Memorial honours the man who tried to stem the tide of change sweeping Japan with the collapse of the Tokugawa Shogunate. Finding himself on the wrong side of history, Kondo was arrested and then executed.

Across from the East Exit of Itabashi Station on the JR Saikyo Line.

Not much remains of this pre-Edo Period base for the Ogigayatsu Clan that once protected the road between Edo and Iwatsuki castles. Built by their chief strategist, Ota Dokan, a wooden statue of the man is revealed on the 26th of each month at the adjoining Joshoji Temple.

Three minutes from Akabane Station on the JR Keihin-Tohoku Line. 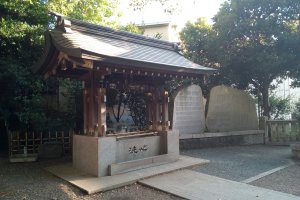 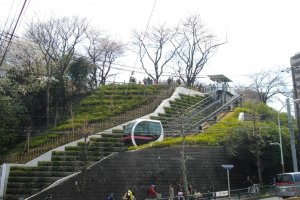 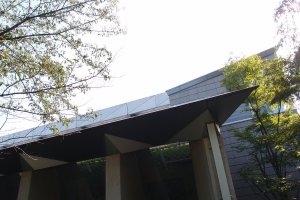