A giant gingko tree and one of Japan's top dances

No one is exactly sure when Oji shrine was built. The current structures stem from the post-World War II rebuilding with the original shrine having been destroyed in that war's firebombing raids.

There is a giant gingko tree in the shrine, though, that is said to have been planted in the early decades of the fourteenth century. A plaque at the shrine suggests as much, making the shrine at least as old as the tree. The tree, by the way, has been designated as a National Monument.

Like all Shinto shrines, entering Oji is via a torii gate that leads to the main hall. A rear path exists that leads to the other side of the shrine and is where the gingko tree can be found. As honourable as the tree is, the shrine itself is dedicated to Izanami no Mikoto and Amaterasu Omikami, both heavyweight deities within the Shinto pantheon, if not the heaviest - Izanami is the goddess of both creation and death while Amaterasu is the goddess of the sun and the entire universe... No gingko tree can top that.

Oji Shrine holds annual festivals throughout the year. Perhaps the most celebrated one occurs each August with its dengaku rice-planting dance festival. Featuring a mikoshi portable shrine parade and the highly colourful Oji Jinja Degakumai, the dengaku dance is considered to be one of Japan's top traditional and cultural dances.

The shrine is free to enter and like many such shrines, makes for a lovely visit during a day of sightseeing in the local area.

Take the Namboku Line or the JR Keihin-Tohoku Line to Oji Station. The shrine is a 3-minute walk from Exit 3 or North Exit, respectively.

Alternatively, take the Toden Arakawa Line (Tokyo Sakura Tram) to Oji-ekimae Station for a 5-minute walk or Asukayama Station for a 7-minue walk. 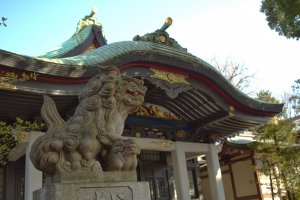 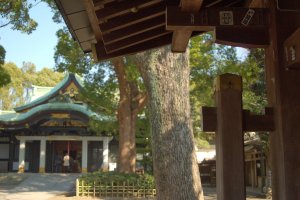 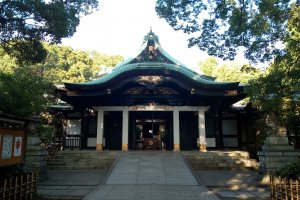 Elizabeth S 9 months ago
Those dance costumes are spectacular. In August the performers must be sweltering!
Reply Show all 1 replies

Elena Lisina 2 years ago
Ginko tree really exists while goddess... who knows? :) The tree is impressive and must be gold in autumn!
Reply Show all 3 replies

Elena Lisina 2 years ago
We must be Shinto! :D
Reply