A well-developed residential area filled with a relaxed atmosphere, Meguro City Ward is also home to some lovely natural spaces. Family friendly, the parks here draw in the families and feature a fantastic combination of heritage, culture and modernity. Here is an introduction to some of the parks of Meguro and how to access them.

Home to a free petting zoo, boat and pony rides that are easy on the budget as well as a play area for children, Himonya Park turns out to be a thoroughly enjoyable place to bring the family. The centrepiece of the park is its pond within which a small island sits and where the Himoniya Itsukushima shrine can be found.

A 5-minue walk from Gakugeidaigaku Station on the Tokyu Toyoko Line.

A beautifully regal green space, rich with trees and history, Komaba Park is home to the Western style mansion and Japanese tea house of the former Maeda family. Almost secluded in its atmosphere, the park's central open area is surrounded by cherry blossoms while to the side lies the Japan Folk Crafts Museum.

An 8-minute walk from Komaba Todaimaei Station on the Keio Inokashira Line.

An incredible feat of modern landscaping, the spiral Meguro Sky Garden is situated some eight stories above the ground and runs for a full 400 metres in circumference. Created above the Metropolitan Expressway, the garden is home to over 1,000 trees and includes play areas, bamboo groves, a community space and even a Japanese garden.

A 3-minute walk from Ikejiri-ohashi Station on the Den-en-toshi Line.

Home to a one kilometre promenade of cherry blossoms, Meguro River Park is one of Tokyo's most popular cherry blossom viewing destinations. Found on the southern bank, the park links up to the much larger Nakameguro Park a short stroll further south. Come the spring season, the explosion of cherry blossoms is extraordinary.

A 5-minute walk from Nakameguro Station on the Hibiya Line. 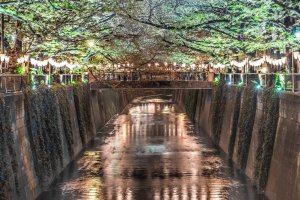 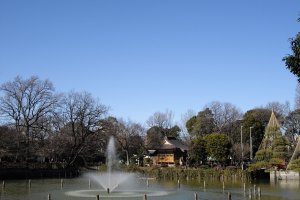 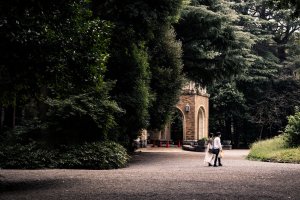 Sleiman Azizi Author 3 months ago
There may be a few more places similar throughout Tokyo.
Reply

Elizabeth S 3 months ago
Wow, Komaba Park and the estate are hidden gems. I had no idea it was so close to Shibuya. What a place to have a cup of tea.
Reply Show all 1 replies

Sleiman Azizi Author 3 months ago
That whole area has a nice vibe to it.
Reply

Kim 3 months ago
I love the Meguro Sky Garden concept... a clever use of space!
Reply Show all 1 replies

Sleiman Azizi Author 3 months ago
It's pretty clever isn't it?
Reply
8 comments in total
Back to Contents