Home to one of the most popular parks to be found in all of Tokyo, Mitaka City is a pleasant area with some nice open spaces. Here is an introduction to some of those spaces and how to reach them.

Easily one of Tokyo's most popular parks, Inokashira Park is a must-visit destination. Celebrated for its truly stunning springtime cherry blossoms, the park is also home to shrine islands, a huge pond with swan pedal boats, a zoo and even the world famous Ghibli Museum.

A 5-minute walk from Kichijoji Station on the JR Chuo Line.

A nice place to go for a relaxing stroll, Maruike Park sits along the banks of the Sen River and is made up of several connecting parks. Home to plenty of water, wooden bridges and shrines, the park's green spaces offer a lovely sense of relaxing isolation, despite the busy part of Tokyo being not all that far away.

A 10-minute no.54 bus ride from Sengawa Station on the Keio Line.

What sets Mitaka City Farm Park apart from other local spaces is its sale of local vegetable produce. Fresh from the fields, locals rush in in the mornings to collect the freshest pickings. The park itself is a simple enough affair with plenty of space where you'll find the locals using it for a BBQ every now and then.

Intimately connected with the tragedy of war, many of the trees found in Senkawa Park were originally saplings that survived the bombing of Nagasaki. The peace statue is a smaller copy of the one found in the Nagasaki Peace Park while an Anne Frank rose garden acts as a memorial to her.

A 15-minute no.54 bus ride from Mitaka Station on the JR Chuo Line. 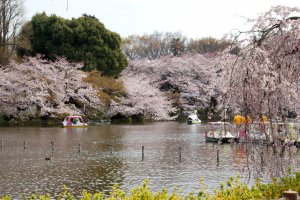 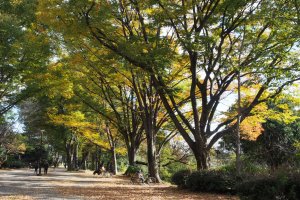 Sleiman Azizi Author 3 weeks ago
Incredibly crowded! It's easily one of the most popular hanami spots in Tokyo.
Reply

Sleiman Azizi Author 3 weeks ago
People watching is an activity in and of itself. Love it.
Reply
4 comments in total
Back to Contents