The 2013 official recognition of the Ainu traditional craft of Hokkaido was a welcome event. Awarded Traditional Craft status by the national government, the unique crafts of the Nibutani ita wooden tray and the Nobutani attoushi bark cloth turn out to be fitting representatives of the traditional craft culture of Hokkaido. These two crafts not only demonstrate the ingenuity of Ainu craftspeople but also the sense of natural respect and beauty that is a hallmark of craft and culture in Hokkaido. Here is a simple introduction to these unique crafts of Hokkaido.

Imbued with a sense of natural simplicity, Nibutani ita are the traditional carved wooden trays of the Ainu people. Made from woods like katsura or walnut, Nibutani ita trays are generally flat, shallow, and with a design based upon three main patterns - spiral patterns, thorn-shaped patterns and eye-shaped patterns. A fourth pattern made up of tiny fish scales is used to fill the spaces between the other ones. Combined together, these patterns, along with the solid, earthy ambience of hand-carved wood, create a design that was not only historically practical but also naturally beautiful. 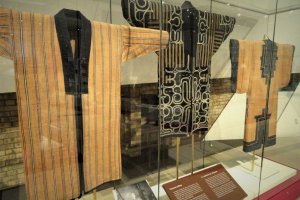 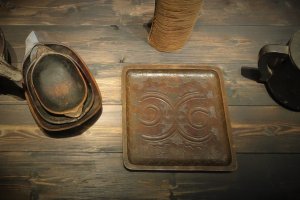 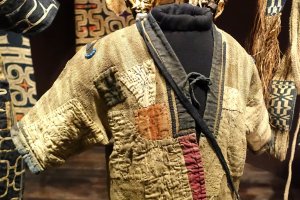 Sander van Werkhoven a week ago
Interesting new series, about a theme I'm a lot less familiar with than the regional food :-)
Reply Show all 1 replies

Sleiman Azizi Author a week ago
Hopefully it will be well received. The culture of craft in Japan is a treasure, no doubt about it.
Reply

Elena Lisina a week ago
My favorite theme, too!
Reply Show all 1 replies

Sleiman Azizi Author a week ago
I thought so 😀
Reply

Sleiman Azizi Author a week ago
Japan is pretty good for craft!
Reply

Elizabeth S a week ago
And textiles! I’m looking forward to reading more about other crafts, too.
Reply
7 comments in total
Back to Contents