Where to find the nation's important heritage in Tokyo

Sitting just below the National Treasure listing lies Japan's Important Cultural Property category. Afforded the nation's second highest level of protection and preservation, the properties listed are grouped under numerous categories including archaeology, crafts, sculptures and buildings. Found throughout Tokyo, here is a simple guide to these Important Cultural Property categories and where in Tokyo they can be found.

Important Cultural Property buildings feature strongly in Tokyo and are found across many of the city's central wards. The two bridges, Kachidoki and Kiyosu, can be found in Chiyoda Ward, along with the Indian-inspired Tsukiji Hongan-ji Temple, dignified Mitsui Memorial Museum and Takashimaya Tokyo, the first department store to be given such honours.

The Former Baba Family Ushigome Residence, with its unique blend of Japanese and Western aesthetics can be found in Shinjuku Ward, along with the Okuma Memorial Hall, an early 20th-century Tudor Gothic auditorium. Meguro Ward is home to the opulent Former Maeda Family Main Residence and Sonkeikaku Bunko, part of a research centre.

Jiyua Gakuen House of Tomorrow is a harmoniously designed former girls high school in Toshima Ward, the Meiji Seimei Kan, a western building completely designed by Japanese architects is located in Chiyoda Ward while in Minato Ward can be found the Tokyo Metropolitan Teien Art Museum, once the private residence of Prince Asaka Yasuhiko.

The National Archives of Japan holds three documents listed under the Important Cultural Property calligraphy & books category. They are the Sohan Kyosokoin, a 12th-century rhyme dictionary with over 26,000 Chinese characters, the seven books of the poetry collection, Sohan Yoshosenseishu, and the Sohan Tobashu, a collection of poems and writings by Su Shi.

Tokyo features three locations with items listed under the Important Cultural Property crafts category. A high ranking suit of o-yoroi samurai armour can be found at Musashi Mitake Shrine, a calligraphic plaque made of Japanese cypress wood is held by Yabo Tenmangu Shrine while Jindai-ji Temple is home to the 14th-century bronze Bonsho Temple Bell.

Tokyo's Important Cultural Property historical material items can be found at Onko Gakkai Hall, with its 666-volume Gunsho Ruiju. Other locations include Tokyo Metropolitan Central Library and its Edo-jo Zoeikankei Shiryo, works related to the construction of Edo Castle, the National Astronomical Observatory of Japan with its 19th-century astronomical instrument, the Tokyo Metropolitan Archives with documents related to Tokyo becoming an administrative entity and the Printing Museum Tokyo with the country's first copper type.

Tokyo's only listing under the Important Cultural Property old documents category is the Genko no Itabi. Held by the Tokuzo-ji Temple Museum, this stone monument lists the day and location of several warriors who died in the Battle of Kumegawa.

Hino City is home to a seated copper statue of Amida Nyorai in Mogusa Hachiman Shrine and a wooden statue set of the deity Fudomyo and attendants in Kongo-ji Temple. Kunitachi City's Yabo Tenmangu Shrine holds a pair of wooden guardian lion-dogs with crystal eyes while in Meguro Ward, Daien-ji Temple is home to a wooden Mokuzo Shakaryorai Ryuzo statue. 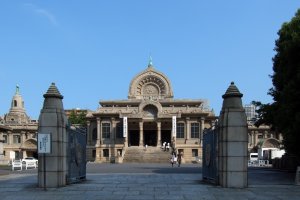 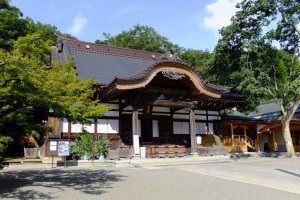 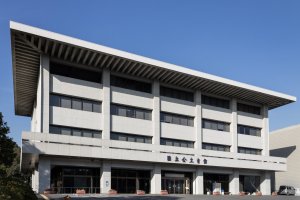 Elizabeth S a year ago
Tsukiji Honganji is one of my favorites. The Indian inspired exterior is startling, but the interior with the Buddhist altar and giant pipe organ are amazing, too.
Reply Show all 1 replies

Sleiman Azizi Author a year ago
Very convenient to access too. Literally outside the Tsukiji Station exit on the Hibiya Line.
Reply

Kim a year ago
The part that blew my mind about this was the 2500-year old earring. Incredible!
Reply Show all 1 replies

Sleiman Azizi Author a year ago
You won't find that in any 100 yen store...
Reply
4 comments in total
Back to Contents