A trip to the pit of hell

Chatsubomi Moss Park (チャツボミゴケ公園) is a natural area preserved by the Ramsar Convention. It was incorporated into the Nakanojo area in 2012, and is about 30 min away from the popular onsen town Kusatsu. The park is a natural wonder - beautiful to the casual visitor, but also a deeply unique and fascinating environmental landscape.

What makes Chatsubomi so extraordinary?

Chatsubomi is actually the name of the moss found in the park, also known as marigoke, meaning "ball moss." Chatsubomi Moss Park is one of the few places in the world where you can see this moss, and the only place in Honshu where it grows. The moss is extremely unique, being the most acid resistant moss breed in the world. It has to be, because the water in the park is extremely acidic.

The pH of the spring is around 2.1 - acidic enough that animals or insects unfortunate enough to fall into the water would die instantly. The hole where the spring comes up was a crater created by a long-ago eruption of Mt. Kusatsu-Shirane, and is now referred to as "Anajigoku" or "the pit of hell" because of it's killer acidity.

The easiest way to access Chatsubomi Moss Park is by going through Kusatsu. I say easiest, but the road is narrow and winding. It goes through the forest and mountains, and has many hairpin turns. The road is well marked with directions to the park, however.

Once you get to the park, there is a 600円 entrance fee. From the visitor's center area, you can either take the walking path (approx 30 min walk) or ride the shuttle bus up to the Anajigoku area. The bus ride is only around 5 minutes, and the buses come and go based on when visitors are present. After the bus stop, there is a brief hike up to the spring. Once there, you can walk along a boardwalk that goes through the moss area. The boards have turned black, presumably from the sulfuric steam coming off the water. There's several great viewpoints along the way to enjoy, as well as an old pavilion on a hill that's a great place for a picnic.

I have only been to the park in the summer, but it's beautiful in all seasons. In the summer, you can see bright blue dragonflies flitting around the marshlands. In the spring, pink azaleas give a gorgeous contrast to the green moss. In fall, red momiji take give the same contrasting effect.

After you've finished exploring, you can head back to the visitor's center. There's a small shop selling produce, pots of moss, and handicrafts from local artists. The real highlight of the shop is Chatsubomi's gelato. For 350円 a cup, you can choose between hanamame (sweet bean), houjicha (roasted green tea), milk, or Chatsubomi's signature flavor. The signature flavor is a chocolate mint swirl of brown and green gelato, so it looks like a little bit of the park's moss in your cup. It's an excellent treat after end your visit with.

No matter the season, a trip to the pit of hell is well worth your time. It's a great break from the resort atmosphere of Kusatsu, and an off-the-beaten-path adventure. If you want to explore the Kuni area, or any other part of Nakanojo, it might be worth it to stop in at the Nakanojo Tourism center in the Tsumuji building. You can get a booklet for 500円 that offers discounts to onsen, parks, and gardens all over the Nakanojo area. With the booklet, entrance to Chatsubomi goes from 600円 to only 100円.

From Kusatsu by car

Follow Route 55 to the Tenguyama ski slope, then turn right onto the Nakanojo-Kusatsu road. There will be signs in English and Japanese directing you to the park. 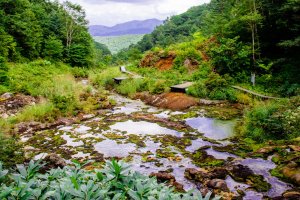 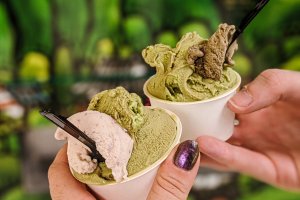 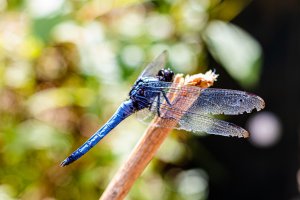 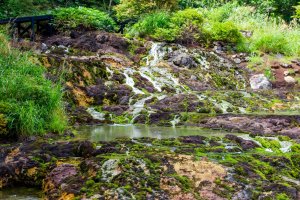 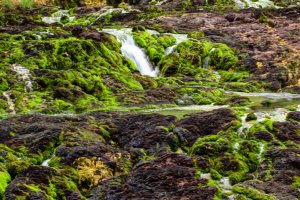 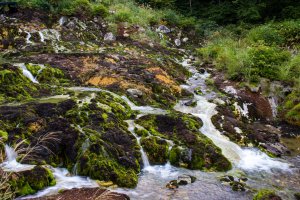 Sleiman Azizi a year ago
Who wouldn't want to visit hell, lol
Reply Show all 0 replies

Bonson Lam a year ago
This trip to hell sounds like heaven to me! Love the blue dragonflies and the eye popping gelato too.
Reply Show all 1 replies

Elizabeth S a year ago
For gelato? I'd go.

I'm getting curious about Kusatsu. It's about 3 hours from me, so I'm considering two nights there.
Reply

Kim a year ago
What an amazing place! I love that the moss is so resilient.
Reply Show all 0 replies

Sherilyn Siy a year ago
Japan's biodiversity never ceases to amaze me.
Reply Show all 0 replies
5 comments in total