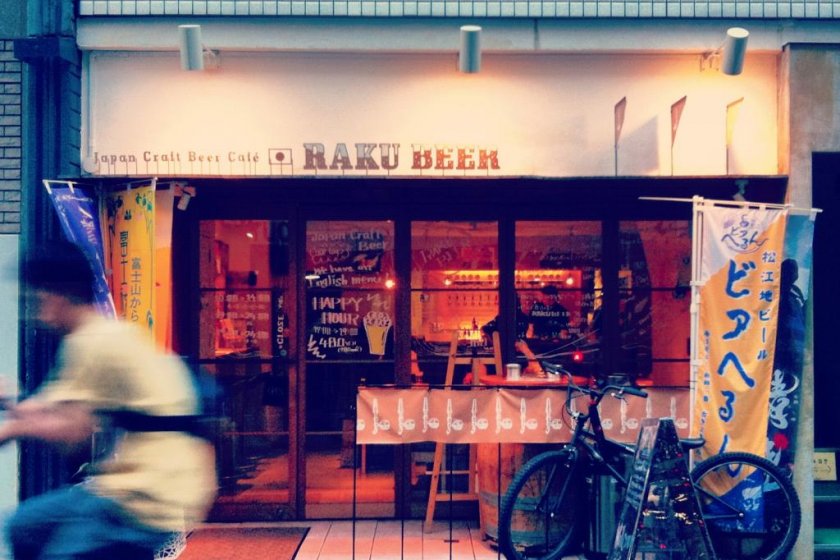 Over the past decade and a half, microbreweries have been popping up all over Japan. Japanese craft beer is starting to make a name for itself at home and abroad. Small batch brewers across the country produce fantastic brews that showcase local ingredients, and also pay homage to traditional brewing methods.

Hiroshima is a city of gastronomy, and year by year it seems that more events are held to celebrate this love for food and drink. Hiroshima’s annual microbrew beer festival began in 2009 with just a few hundred beer-loving locals, and now hosts nearly 2000 beer connoisseurs from across the country.

One of the best places to sample some of Japan's finest craft beer in Hiroshima is Raku, located right downtown, just a few minutes walk from the PARCO department store.

Raku describes itself as a "Japanese Craft Beer Café". It opened in April of 2011 and is only one of two shops in Hiroshima specializing in Japanese craft beer. They have an impressive 17 taps, serving craft beer from all over the country, including selections from Sankt Gallen, Baird Beer, Yo-Ho Brewing, and Hiroshima's own Kaigunsan from Kure City. Raku also has two taps of “Real Ale”, a naturally carbonated beer, served from the original cask using a hand pump. They are committed to serving fresh seasonal beer, and so the selection changes from week to week depending on the batch size and season. They carry a wide variety of pilsners and stouts, IPAs, weizens, lambics, bocks, ales, and lagers, and often have hard-to-find concoctions like the Oyster Stout or Miso Lager.

They have an English menu as well, and offer beer-inspired dishes like Weizen Mussels, Beer-Stewed Beef, the Raku Beer Hot Dog, Stout Curry and Daisen sausages. The manager Mitsuba-san and his staff are friendly and knowledgeable, and happy hour specials are offered daily from 5pm to 7pm. If you are looking to sample a few different beers, ask about the Craft Beer Set. They are open on weekdays from 5pm until midnight, and weekends from noon until midnight. Closed on Tuesdays.

It is located on the side street one street east of Namiki-dori, and just south of Okonomi-mura. 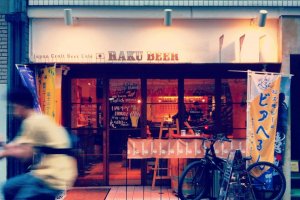 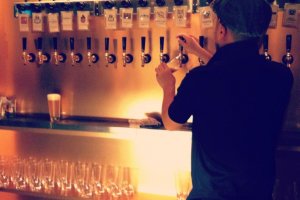 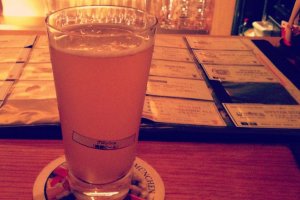 JJ Walsh 9 years ago
Great write-up - I was curious about this place! I'd also love to hear more about the annual micro-brew festival if you've been, sounds like an event I need to try and get to sometime.
Reply Show all 0 replies
1 comment in total