You may have heard or seen the television series like “Tokyo Diner”, or perhaps "Cheers", where everyone knows your name. It is the concept of an intimate eatery seating less than 20 people, and run by an “onesan” or “mama”, usually the owner of the eatery. It is no coincidence that the word onesan means ‘older sister', as the place has more of a family feel, a contrast to the formal atmosphere that some traditional Japanese Kaiseki restaurants are known for, where the customer is treated like the king.

What makes these places so different to the usual bars is that either the customers know each other, or the place is so small and conducive to social connection, that a newcomer is welcomed to their inner circle, kind of a private party where you can order much what you like, and you can chat to anyone in the restaurant.

While they are very much favourites and treasured secrets amongst locals, it is not often that tourists can stumble across a place like this. Here, you can talk on first name terms with the owner, as I call her my “sister” Tomoko, and the party got underway, attracting the attention of passers-by, hoping to get into the action. Invariably a couple would come in, and not wanting them to miss out, we poured them a shot of our huge bottle of sake.

This place features a counter which while a little on the low side, provided a view of the kitchen. We sat a little bit further over two wooden tables, while not next the kitchen, is so close that you can easily chat with the owner.

Tonight, due to several days of supply disruption, there was only four items available on the menu, Potato wedges, fried chicken, gyoza dumplings and yakisoba noodles. These were are all crowd pleasers and our party of ten were more than happy to order multiple plates of each dish. Every dish, while simple, was cooked to perfection. The chicken was crisp on the outside and juicy on the inside, letting the natural flavours shine without over marinating the chicken. Likewise the Gyoza was juicy and had the right mix of meat and vegetables. Other crowd pleasers include sour citrus Shochu and Kirin beer on tap, though the local product like Sapporo Classic and Nikka Whisky is featured as well.

This is Hakodate’s answer to the “hole in the wall” bars in Shibuya and those night eateries in Tokyo folklore that are under the train tracks of Shinagawa or Yurakucho. The place itself is simple, unpretentious, yet homely. There were just some wooden tables and a television in the background showing a baseball game. It blurs the lines between a private party at someone’s house, and a pub or bistro.

There are many pubs like this in the eat street, a grid of small bistros in an area that you could would be lucky to fit eight cars. They mainly serve Japanese cuisine, and even though our pub didn’t have Karaoke, as the place was so small and initiate, it was only natural that we break into song between drinks, whether it was A hard day’s night or any other song where everyone knew the lyrics, well at least the chorus.

Located near the port, and hemmed between the Pacific Ocean on one side and the cold currents from Siberia on the other side, one could imagine this place being frequented by seafarers barely breathing after an epic David vs Goliath struggle on the raging seas. While this could be the case, you are more likely to see local salarymen fighting everyday battles in the office. The meals served reflect this with every eatery serving some kind of Japanese cuisine. Likewise there is little in English signage. When walking here from Hakodate station or tram stop, look out for the “Daimon Yokocho” or "大門横丁" sign in Japanese kanji script. 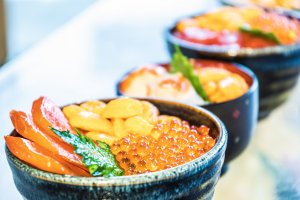 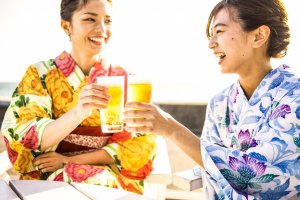 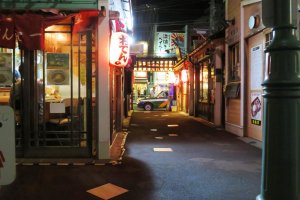 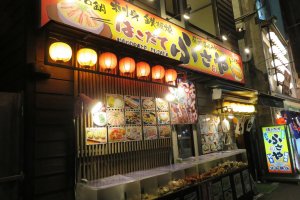 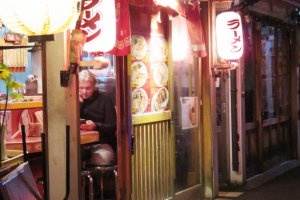 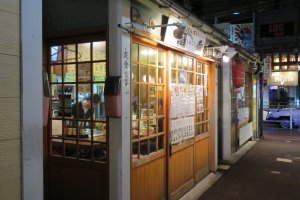 Yui Yamaguchi 9 months ago
4 dishes on menu...is that because after the earthquake? Reminded me of this - you warm up with aircon, foods and sake at the izakaya and then suddenly feel cold air when you open the door to leave. You become sober quickly.
Reply Show all 1 replies

Bonson Lam Author 9 months ago
Yes! They were in great spirits in good times and bad times. I feel sorry for the smokers in the cold!
Reply

Kim B a year ago
Sounds like the atmosphere here is pretty incredible! I love the laid back vibe of places like this - glad I know about it now for the next time I'm in Hakodate.
Reply Show all 1 replies

Bonson Lam Author a year ago
Yes it is pretty laid back, like a secret find in those pockets of Japan that hasn't been "sterilized" by globalisation.
Reply
4 comments in total